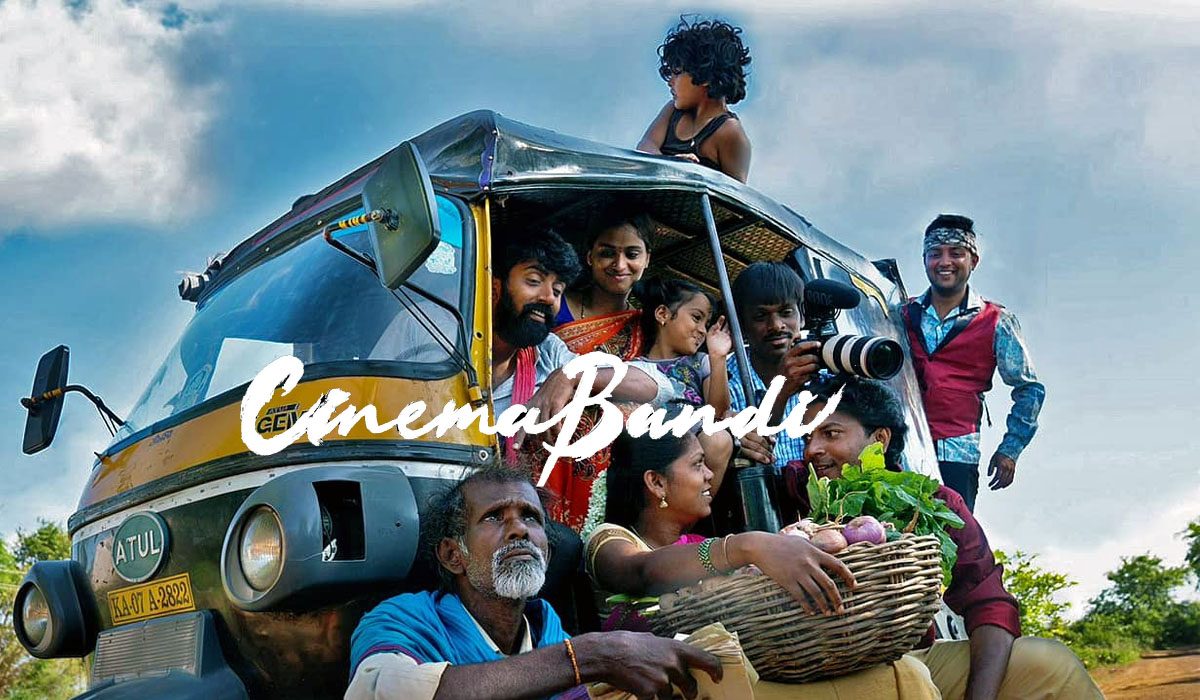 An auto driver from a small village near Andhra Pradesh, Veera Babu, finds a bag with a sophisticated camera in his vehicle as he ends his day. Unexpectedly, the camera gives him hope to turn a filmmaker, with the help of his friend Ganapathi, a small-time wedding photographer in the village. The two not only hunt for a story but also bring together a colourful cast and a crew for their dream project that includes a barber-turned-actor Maridesh Babu a.k.a Maridayya, a vegetable seller Manga, a school-going boy as an assistant director. Cinema Bandi is a story of how their film shapes up despite many a hurdle coming their way. 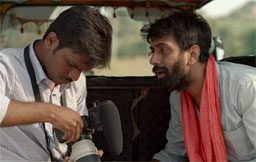 The casting is an asset to the film and the actors are in perfect sync with the backdrop and the pitch of their characters – they make acting look easy and effortless. Vikas Vasistha in the role of an auto driver Veera, a character with an interesting mix of audaciousness and practicality (read jugaad), has a wonderful screen presence and maintains his restraint as a performer throughout the film.

As the wedding photographer Ganapathi, Sandeep Varanasi is a hoot and enjoys himself in front of the camera. Rag Mayur as Maridesh Babu, a modest barber and an overconfident actor who poses many tantrums, displays a terrific knack for comedy.  Uma, in the role of a vegetable seller, is certainly a name you’d hear more in the times to come – she has the confidence and the resilience of a veteran in her performance. Other actors like Sindhu, Trishara, Pujari Ram Charan show promise as well.

Cinema Bandi is a sweet little film gem celebrating the universal appeal of cinema with a fine mix of humour and treatment grounded in reality. Helmed by first-time filmmaker Praveen Kandregula, the film despite borrowing its core idea from the popular documentary Supermen of Malegaon has a fitting native spin and is populated with scores of colourful eccentric characters who, regardless of their modest backgrounds and oddities, share a common love for cinema. At just about 100 minutes, Cinema Bandi sincerely and humorously captures their tryst with filmmaking. 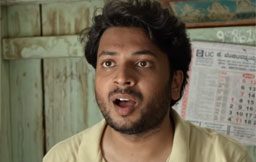 Though the coming together of an auto driver and a wedding photographer for a film sounds like an implausible premise at first, it’s the conversations that make their journey extremely relatable to the viewer. You can’t help but be charmed by their innocence and conviction to pull off something as difficult as filmmaking without any resources. The camera almost becomes a toy in their hands and they’re certain that this film made in the village would be their golden goose that’ll change their fortunes. Don’t forget to notice the tall promises that the auto driver makes to transform his village, in case his film turns successful.

In an industry heavily influenced by cinematic liberties, stars and several mainstream film clichés, it’s an achievement that director Praveen Kandregula and writer Vasanth Mariganti manage something so earthy, original and rooted to their setting. The film is an important addition to Telugu cinema more so because of the way it maintains a judicious balance between cinematic appeal and realism. The writing of the film and the tone of the characters remain extremely consistent throughout the narrative – neither does the narrative turn loud at any point nor does it compromise on humour.

There’s enough emotion to hold the film together and the ending is open-ended and has the right element of optimism that leaves you with a wide grin. Just like C/O Kancharapalem, it proves that you don’t need big stars or celebrity technicians to pull off an entertaining film – all it takes is good, honest storytelling to win the hearts of audiences. That it was produced by the likes of Raj & DK doesn’t come as a surprise, more so because it boasts of a similar cheekiness, intelligence and the raw sense of humour that’s so unique to the works of the director-duo. No wonder they saw a bit of themselves in Praveen Kandregula’s effort.

Sirish Satyavolu’s music adds enough energy, an element of mischief and even sensitivity to the narrative of Cinema Bandi. In a film with sync sound, it’s imperative that sound design plays a key role in the result and Akshay Patil’s eye for detail in capturing the rustic spirit of the sleepy village stands out. More so like the film that the characters in Cinema Bandi are making, the cinematographers Apoorva Shaligram Dewalkar and Sagar YVV show how minimalism can be beautiful too. 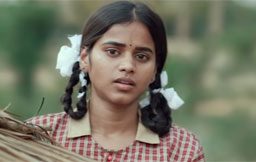 It’s important to note that despite the crisp length of 98 minutes, Cinema Bandi is quite content to tell the story at its own sweet pace and it’s this leisureliness in the setting that’s so integral to the backdrop of the story. In the form of Vasanth Mariganti, here we have a writer who has a great taste for humour, conceiving memorable characters and gifted with an ability to make the location an important part of his story as well.

Takes time to come into its own

A tad too simplistic at times