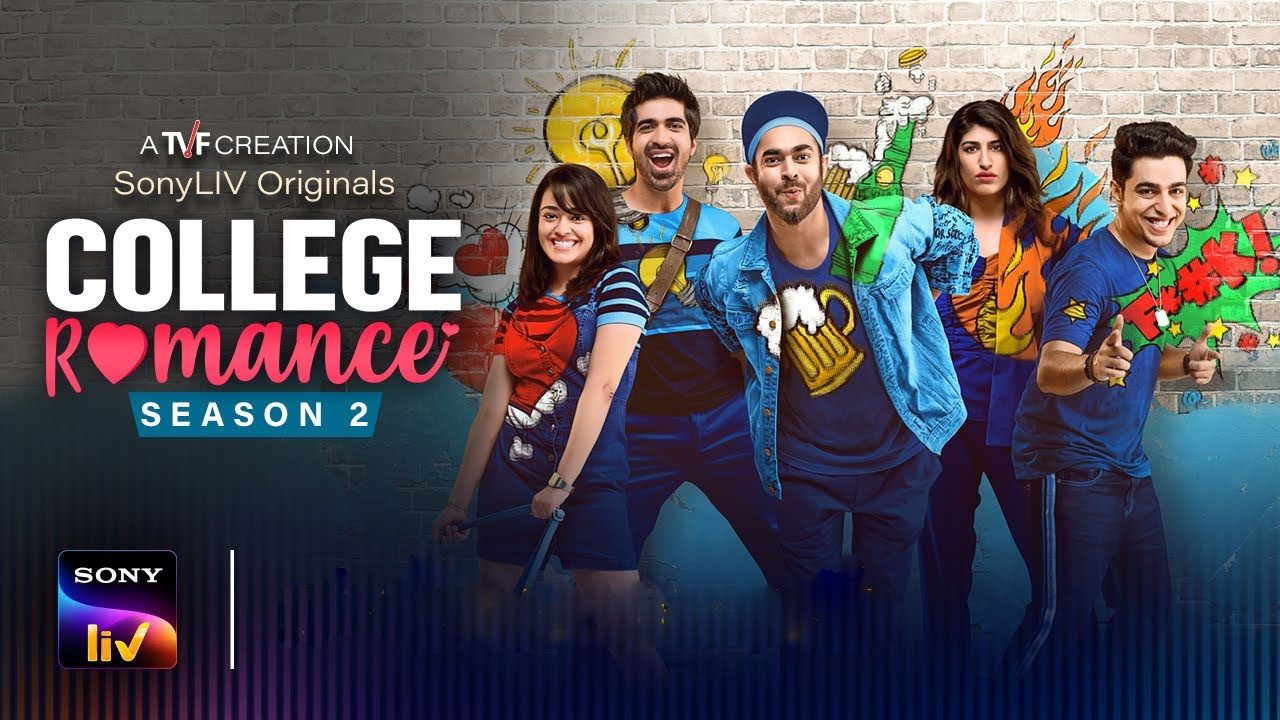 Skin N Swear: Liberal Use of Expletives and Sexual Innuendos

College Romance 2 is the continuation of TVF’s earlier College Romance, which had released on its YouTube channel under its sub-brand The Timeliners. The new season is streaming on SonyLIV, which picked up the franchise to cash in on its popularity with the young adult population in the country.
Trippy (Manjot Singh), Naira (Apoorva Arora) and Karan (Keshav Sadhna) are best friends from their early days at college. Naira is going steady with Bagga (Gagan Arora), while Karan has a blow-hot-blow-cold relationship with Deepika (Shreya Mehta). Trippy broke up with the love of his life Raveena at the end of Season 1 and has been single ever since. 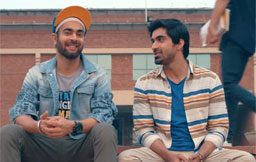 The 5-episode series centres on the love lives, friendship fiascos, college capers and everything in between, of these five youngsters. Their sundry trials and tribulations — sometimes petty, sometimes pertinent, but always humourous — are oh-so-relatable for every young adult, and also for the young at heart. It is a heartwarming, coming-of-age show that depicts college life and the sundry shenanigans of the five friends, with a hefty dose of humour and emotion.
College Romance 2 is directed by Apoorva Singh Karki, written by Sidhant Mago, Akash Ahuja and Manan Madaan, and produced by The Viral Fever for SonyLIV.

All the five lead protagonists, Manjot Singh, Apoorva Arora, Keshav Sadhna, Gagan Arora and Shreya Mehta are right on point with their performances. None of them hams in their roles despite some melodramatic moments in each of their trajectories.
Manjot Singh is cure and adorable; Keshav Sadhna is terrific to watch on screen; and Gagan Arora does a mean rendering of the typical Dilliwala naive brat. Apoorva Arora’s Naira is the voice of sanity in the cacophony and chaotic lives of the others, and she’s a delight to watch.
The performances are consistently refined, restrained and understated, when they could so easily have been irritating and over the top, which is hugely endearing to watch. Even when Shreya’s Deepika is being a serious b***h, which is almost through the entire runtime of the show, she does it with élan. 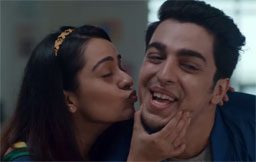 College Romance 2 is another worthy addition to The Viral Fever’s magnificent repertoire of heady, heartwarming and humorous shows. More importantly, it stands up well to the hugely successful College Romance Season 1. Most sequels fail to live up to the magic of the original. College Romance 2 falls somewhere in between – not too magical, but not mundane either. Of course, if asked to choose between the two, we would definitely pick College Romance 1 over the new season.
That said, this season picks up somewhat slowly. The first episode, in particular, is a tad boring and unremarkable. Stay with the show, though, and it gets better in the later episodes. The third episode, though a blatant ripoff of the concept of the superhit British show Sex Education, is affecting and invigorating.
Director Apoorva Singh Karki, and writers Sidhant Mago, Akash Ahuja and Manan Maidaan, go all out with emotional tearjerker bits in the last episode. The last episode will invoke strong nostalgia and indelible memories of college days in viewers that have lived out that stage of their lives.
Overall, College Romance 2 is a lively, lighthearted, playful watch — the kind you watch with a goofy smile on your face; the kind that entertains while you watch it, but then forget about it soon after. The series is made to tug at the heartstrings of that section of viewers – the young adult, particularly – who love reliving college life and enjoy fun, bantering, breezy content.

Tusshar Mallek’s original score for College Romance 2 is part peppy and part touching. The songs serve their purpose in lending the right emotional and fun elements to the narrative as needed.
Georgy John and Arjun Kukreti’s cinematography is pleasing to the eye. Tushar Manocha’s editing is efficient.

The first episode is a drag