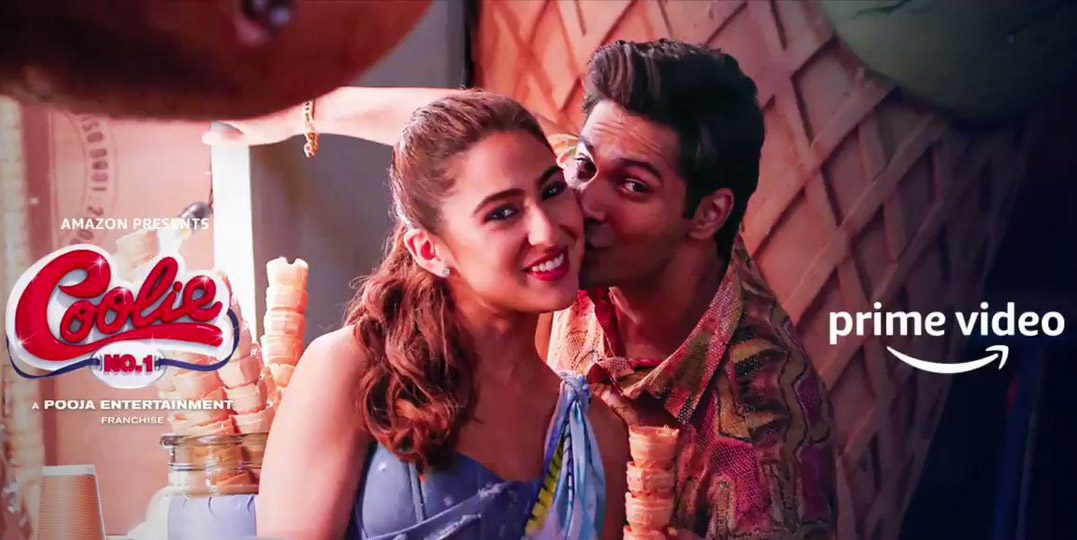 Skin N Swear: Nothing Out Of The Normal

When a marriage broker Jai Kishan (Javed Jaffrey) is hurt due to the arrogance of a rich Jeffrey Rozario (Paresh Rawal), he decides to teach him a lesson. He plans to marry Rozario’s daughter to someone who would shatter his ego.

By accident, Jai Kishan discovers the perfect guy to take revenge in the form of Coolie Raju (Varun Dhawan). How Raju poses as a rich guy and cheats Rozario to marry his daughter Sarah (Sara Ali Khan), and what happens, in the end, is what Coolie No 1 is all about? 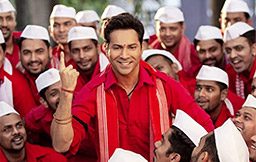 Varun Dhawan is in his elements. He is one person entertainment package if one is used to his style. There is nothing new he does in Coolie No 1 except imitating many old artists. It is how entertainment is packed in the movie. He does his best and delivers the needed.

However, compared with the original, his act pales as there is simply no comparison with Govinda. The comic timing of Varun Dhawan may be alright for the current generation (and also compared to his contemporaries), but it is no patch on the senior actor Govinda. It comes across as very laboured. It is here that the fundamental difference lies in the remake compared to the original. 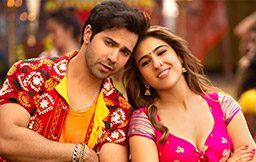 David Dhawan is veteran when it comes to handling mindless comic entertainers. Unfortunately, he has lost his touch, the magic a very long time ago. It is why Dhawan has been relying on remaking past classic entertainers (which incidentally were also remade in the first place). It does help the cause that he has a son (Varun Dhawan) who gives his hundred percent and loves such movies.

The story of Coolie No 1 is very outdated for the current times. Still, there is no effort in updating it. What we get is a much more lavishly and colorfully shot version of the original.

Strictly looking at what we have, it is a weak story held together by one man – Varun Dhawan. He saves that day, if and only if, you don’t mind his overacting. It is all well within the universe created for him to operate.

There is no big difference between the first and the second half, although the latter does seem a little bit better. The blandness level is consistently maintained throughout. 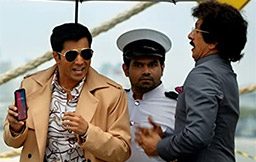 All that is fine when one sees the current Coolie No 1 without knowing the original. But, if one has seen and knows about it, the latest remake is bound to be disappointment and snooze fest.

The Coolie No 1 from the ’90s too didn’t have any logic and was over the top, as well. The sets looked fake for its time and so on. And yet, it has a realistic feeling kind of impact. It is because of the actors and the grounded and believable emotions they brought to the table. The whole world felt genuine, and this includes even the names of the characters. The remake fails even on the ‘names’ score.

Overall, Coolie No 1 is as bland a remake as one can get. It is held together by Varun Dhawan. You have to like him to find some enjoyment in the movie. Otherwise, stay away from the 2020 version and re-watch the old one. 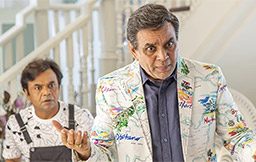 Sarah Ali Khan has a flower pot role in the movie. Since it is expected, all we have to talk about is the songs and glamour quotient – she scores well on those fronts.

Paresh Rawal plays an over the top character in his typical style. He is okay, but one can feel jadedness in it, for sure. Javed Jaffrey’s part could have been much more impactful with a better choice. Sahil Vaid is wasted. The comedian’s Johnny Lever and Rajpal Yadav do what is expected from them. The material fails them. The rest are forgetful in their parts.

The remix of ‘Husn Hai Suhana’ works, both as an audio and video. The rest is as bland as the movie. The background score is unremarkable. The cinematography by Ravi K Chandran is good, and it gives the movie a vibrant look. The fakeness comes from some overdone VFX work for set extensions and other things related to providing the film with a rich look. The editing by Ritesh Soni is okay. The writing is poor and is one of the main reasons for the unexciting narrative. 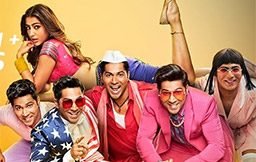