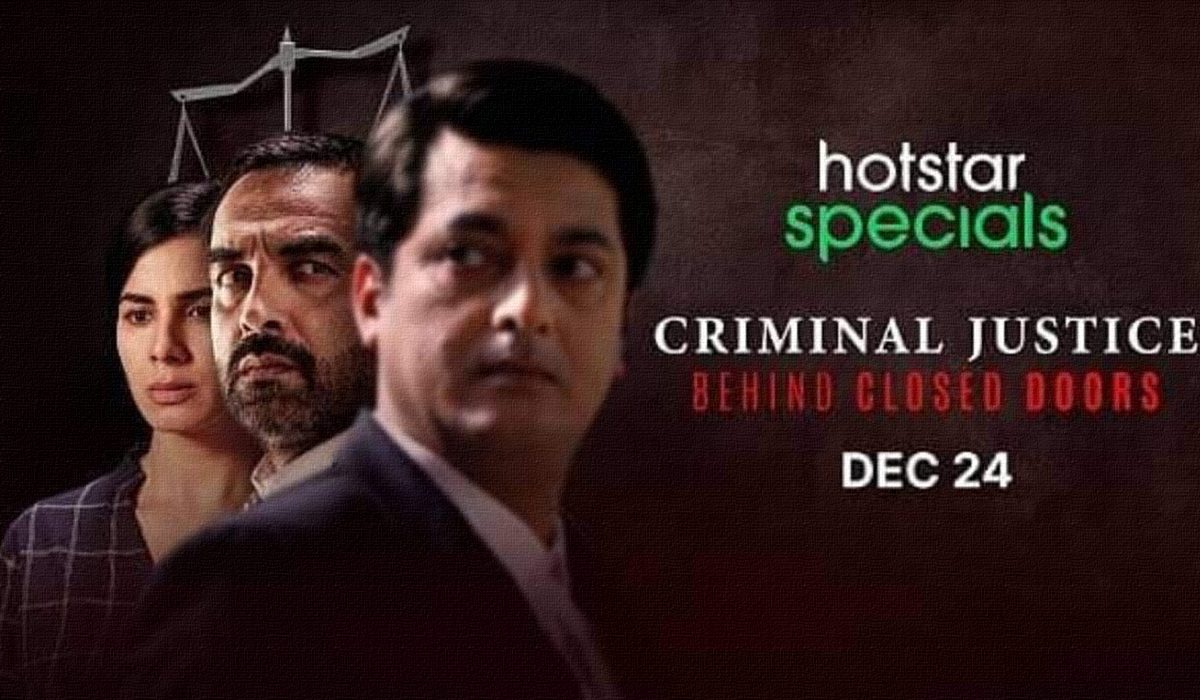 Bikram Chandra is among the topmost criminal lawyers in Mumbai with an enviable track record. While his reputation as an advocate is beyond doubt and he’s more than a doting father to his teenage daughter, there’s an uncomfortable silence in his relationship with his better half Anuradha Chandra, a homemaker. Bikram is suspicious of Anuradha’s association with her psychiatrist Moksh. On a night when Bikram advances towards her and Anuradha submits to him rather unwillingly, the latter suddenly stabs him. Their daughter remains a sole witness to the incident, a profusely bleeding Bikram is hospitalised and Anuradha is put behind bars. What could be Anuradha’s motive? What’s her daughter’s stance on the same? 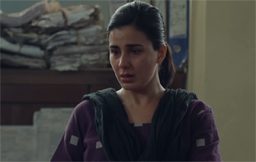 Kirti Kulhari has time and again proved to be a consistent, interesting performer with her choices. Criminal Justice does present her a good opportunity to showcase the psychological trauma of a woman who undergoes sexual abuse at the hands of her husband. The actor makes a sincere attempt to get into the skin of the part, but it looks like she was only asked to sob and sob endlessly here – one somehow feels the essence of the character was lost amid the melodrama. Jisshu Sengupta’s friendly appearance is passable while it lasts though Deepti Naval looks helpless in the role of an over-protective mother. Pankaj Tripathi yet again gives a good reason to show why he’s flawless when he’s in front of the camera – this isn’t his best-written role but his signature charm and terrific timing give it the spunk it needs.

Anupriya Goenka makes a good meal out of a not-so-bad role. However, it’s Ajeet Singh Palawat and Kalyanee Mulay who give it all as a cop-couple, portraying the friction and the tension that’s bound to arise when two partners in a relationship are at the same workplace. Mita Vashisht hardly has anything concrete to offer beyond her suspicious, deep glances. Though Pankaj Saraswat’s role is limited in scope, his portrayal remains sincere and is true to the nature of the part.

While we consistently and deservedly celebrate a courtroom drama like Pink that necessitated the idea of consent in any relationship, it’s surprising to note that it took nearly four years of the film’s release for a filmmaker to attempt a project surrounding marital rape. Consent sadly remains an aspect that’s conveniently brushed under the carpet more so after marriage (especially for women), given the lack of awareness and the helplessness while confronting a partner’s actions in a legitimised relationship.

Season two of Criminal Justice is a cruel reminder that the issue remains the same regardless of the victim’s education or stature. For the very attempt to discuss a woman’s plight in an abusive marriage with a supposedly revered man in the society, Criminal Justice (Behind Close Doors), though being a remake of Peter Moffat’s English series by the same name, deserves praise. However, does this translate into a gripping show? The conflict and drama in the premise are super-solid. The odds are stacked against the woman from all dimensions – she’s pregnant when she’s behind bars, the daughter despises the mother, there are media trials, the advocate is an underdog and the cops are eager to frame her. 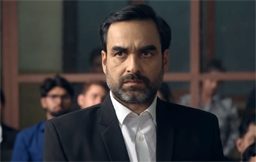 The result is a laboured, sleep-inducing narrative that’s sluggishly paced and transforms into a sob fest just when you feel that the storytelling could have done with more zing. The director Rohan Sippy makes a creative choice of restricting the show to the courtroom proceedings than dwelling upon the backstories of its pivotal characters – a decision that proves costly and doesn’t provide sufficient emotional connect. It would have been interesting had the show thrown more light into the early years of the couple’s relationship. The fleeting glimpses of their past add no value to the storytelling; the dialoguebaazi and melodrama dominate everything else.

The courtroom proceedings are bland and drag like there’s no tomorrow.  The comic relief to the show is provided through the cheeky rapport between the newlywed lawyer Mishra and his wife – this is a welcome distraction in an otherwise tense plot but in terms of the story, it adds no value to the show. The storytelling patterns in the second season are more or less similar to its predecessor. While the compact subplots, terrific performances and the gripping screenplay were its strengths the previous time, the same can’t be said about this outing despite the story being more relevant and hard-hitting.

Sameer Phaterpekar’s background score adequately builds the tension in the story and adds another layer to the storytelling. The cinematographer Tribhuvan Babu Sadineni does a fine job in mounting the show with the right balance of authenticity and opulence wherever necessary. Apurva Asrani, the writer, stays loyal to Peter Moffat’s original work though a bunch of interpersonal relationships feels slightly alien in an Indian context. The length of the show is among its major issues – it lacks precision and focus. It prolongs and prolongs, remaining extremely verbose and indulgent, at least three episodes more than what it should have been restricted to. 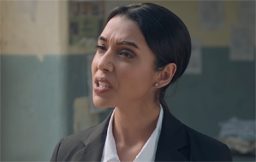