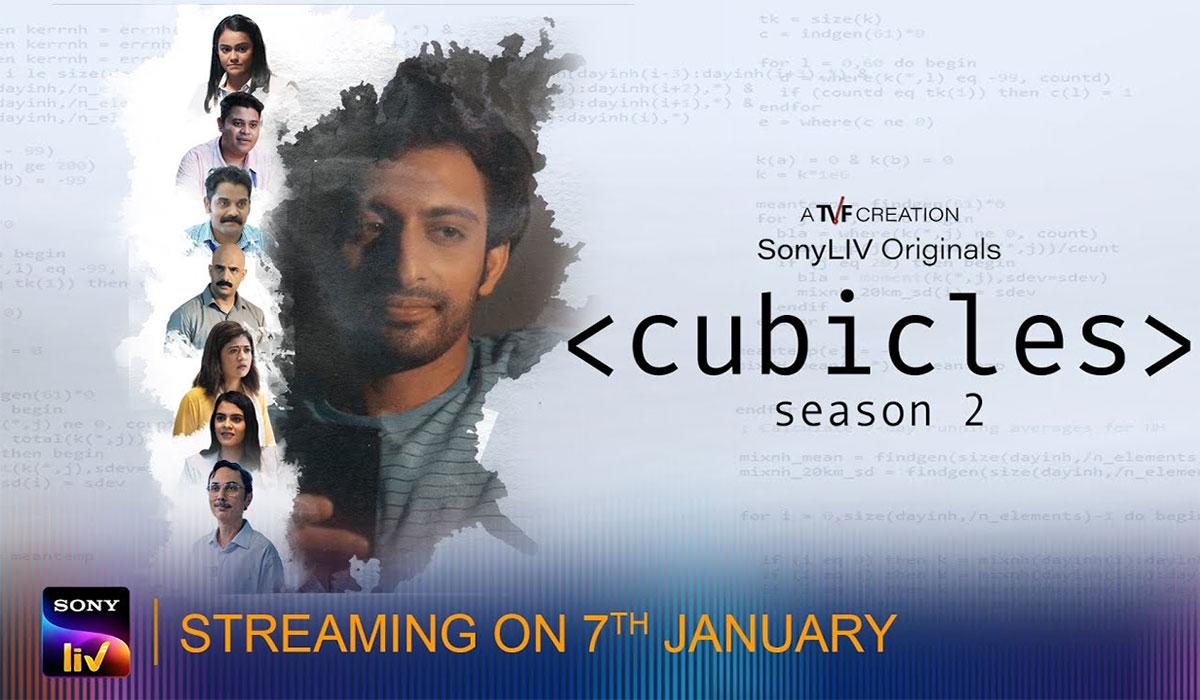 The second season of Cubicle isn’t a linear progression of the story; instead, it is a lateral expansion on the survival and struggles in an IT firm.

If the first season focused on Piyush Prajapati’s (Abhishek Chauhan) journey as an individual into the exciting world (from an external point of view) of IT and the challenges he faces, the new season does the same, but with him as a seasoned guy in the space (internally). And with a more holistic take on the field.

Abhishek Chauhan uses his earnest and sincere presence to a good effect once again. There is also an unmistakably visible growth in confidence as an individual, although the element of fearfulness is still retained. Small changes like these and an equally adequate act make Abhishek Chauhan shine.

Chaitanya Kumbhakonam continues to operate as the director for Cubicles second season. It helps in a greater consistency tone-wise and subtle scaling up of the production without ‘in-your-face’ changes.

The second season is an internal look at the IT space, as mentioned at the start. It starts with the Monday Blues aptly and later shifts focus on other issues like meeting the deadline, HR Reviews, a look at the cut-throat world, and so on. It is all about the survival story of an individual on a day to day basis.

The pattern is clear after the first couple of episodes. The thematic unity of the proceedings is felt only towards the final two episodes. Until then, Cubicles look feels like a meandering experience, even though everyone seems to put their best foot forward.

And it is towards the final that Cubicles Season two leaves its mark, although highly reminding of the now famous The Viral Fever’s (TVF) feel-good drama. It leaves one with a smile on the face while also tugging the heart emotionally.

In Cubicles, the emotional track is built through the character of R Dilip, aka RDX. His final speech and how things end add a motivational and inspirational quality to the proceedings. It is despite the near syrupy positive take on the whole system.

Overall, Cubicles season Two starts slowly and grows and ends on a high note. It is engaging all through with neat acting, writing and background score. If you like slice of life dramas, give this a try.

Badri Chavan and Niketan Sharma develop good group chemistry with Abhishek Chauhan. Their work as a team adds the undercurrent emotional layer necessary for the series to make its point. Nidhi Bisht and other supporting actors from the first part have much more minor roles here, but they are always a welcome presence.

Among the new additions, Jaimini Pathak and Ayushi Gupta are vital. The former does well all through, even though it looks irritating. But, when the time comes, he delivers the goods as expected. Ayushi’s characterization stands out more than her performance as it’s more relatable to the world. The rest of the actors have done well in their brief roles.

Anurag Saikia’s background score is beautiful. It adds a lot to the positive and calming mood. Ashwin Kadamboor’s cinematography is better here than in the previous season. Maybe it could be the effect of budget, but we never know. Saumya Sharma’s editing is slick and smooth. Despite a lot happening, the quiet and calmness of a cubicle (in conjunction with overall space) has been skillfully presented by the DOP and the editor. The writing by the troika, Avinash Singh, Vijay Verma, Siddharth Tiwari is excellent. It is simple and makes the whole thing relatable without sounding mumbo jumbo to the rest who are not part or are aware of the system’s mechanics.

Syrupy Narrative Despite Obvious Efforts Of Toning Down