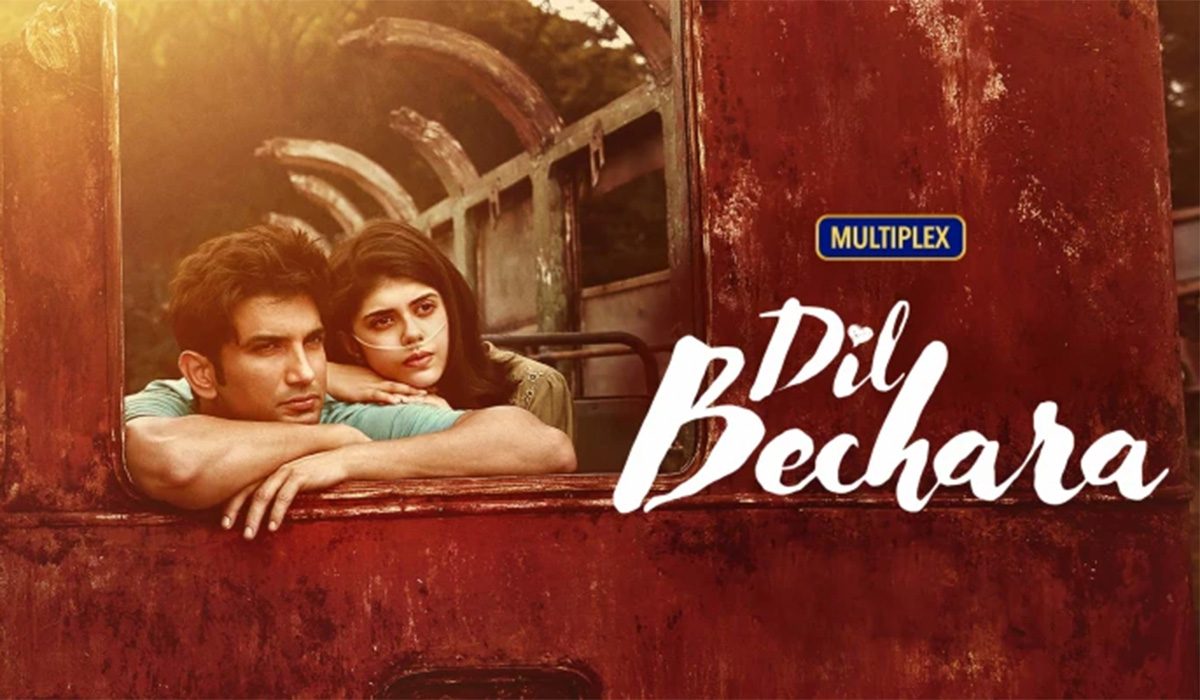 BOTTOM LINE: A Soulful, Aching Farewell to a Powerhouse of Talent

Skin and swear: Occasional use of strong language

A Zambia-born teenager Kizzie Basu, detected with thyroid cancer, is biding the last leg of her life at Jamshedpur, forced by her parents to be a part of a cancer support group. She meets a free-spirited young man Immanuel Raju Junior a.k.a Manny, an ex-basketball player and an amputee with a great passion for movies and dance. Need we say he’s a Rajinikanth fan too? Despite initial friction, Manny invites a lot of cheer in the life of Kizzie and it’s only a matter of time that they are head over heels in love with each other. Despite time not working in their favour, it’s a romance filled with madness, passion, innocence and hope. Kizzie and Manny go together on a trip to Paris as well where the former seeks to understand the deeper meaning of a song composed by her favourite musician Abhimanyu Veer. What direction does their love take henceforth? 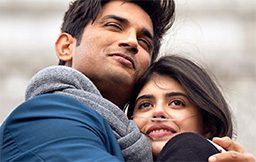 Sushant Singh Rajput is buoyant and refreshing as long as he last in the film. He helps us buy the fact that Manny is a fireball of infectious energy and enthusiasm. The lighthearted, cheery vibe of the portrayal feels incredibly organic and it’s hard to be not smitten when he’s around. While Sushanth may be the reason you watch Dil Bechara, get ready to be bamboozled by his co-star Sanjana Sanghi too. She is so assuring as a performer in her very debut film, remaining sensitive to the various mood-swings of the character with a tenderness you rarely find across actors these days. She emotes beautifully even she weeps and radiates the frames as she smiles wholeheartedly. Swastika Mukherjee cakewalks through a brief yet impactful role; Saswata Chatterjee is fun to watch and so is Sahil Vaid. Saif Ali Khan is superb in the blink-and-a-miss appearance as an eccentric musician who shocks people with the brutality of his words.

‘Ek Tha Raja. Ek Thi Rani. Dono Mar Gaye. Phir Khatam Kahani’ is probably the most brutal way to sum up Dil Bechara in words. It has been ages that Bollywood has invested in the madness in old-world romance as earnestly as Dil Bechara. In times when on-screen romances increasingly feel calculative in the garb of ensuring slice-of-life treatment, this outing prefers to be feather-light and breezy and is still not bereft of depth. There’s barely any scope for melodrama to creep in despite the melancholic undertones. It moves you and yet doesn’t leave you moist-eyed. Dil Bechara reiterates the joy of love through those weird, late night, flirtatious conversations, wild surprises, through the eyes of the protagonists that are lit up like a Christmas tree as they talk. 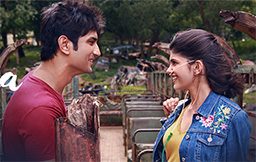 There’s a child-like quality to the boy and the girl here and the casting director-turned-filmmaker Mukesh Chhabra gets us to appreciate the innocence in their journey. There are lovely touches to the characterisation of the protagonists who are living their last days with zest and enthusiasm. Manny’s liking for Rajinikanth, for instance, is reasoned for the latter’s ‘larger-than-life’ appeal (for someone who doesn’t have many days to live in the planet). Kizzie’s burning desire to know why her favourite musician had left his song incomplete, adds another layer to her characterisation. ‘Life is always incomplete,’ he says and the words refuse to leave her head.

In a bid to fulfil their last wish before they breathe their last, Manny and Kizzie come together for a film being helmed by a friend who’s to lose his eyesight soon – it’s a beautiful trope to suggest the immortality of the visual medium and its ability to capture love. The director doesn’t populate the film with too many characters and limits his setup to a handful of people, it’s a reason why nothing about Dil Bechara feels heavy. Nowhere does Dil Bechara feel excessively cheesy either; it’s a film you would want to catch while being covered fully with a blanket and have a warm cup of chai by your side.

It’s a not-so-comfortable thing to say that Dil Bechara’s pre-climax sequence was destined to be the cinematic ode to its lead actor, late Sushant Singh Rajput. While the character gets to hear what would his beloved speak about him in a condolence ceremony before his death, it hurts that Sushant didn’t have that luxury in reality. Dil Bechara is made with a lot of earnestness and belief; it’s a celebration of cinema as much as its about eternal romance. The 101-minute-long film has the poetic touch a viewer has missed in on-screen romances of late. Mukesh Chhabra is a filmmaker with immense promise and nowhere does this film look like the work of a debutant. 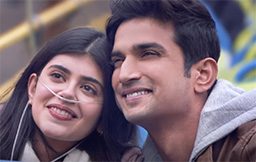 Dil Bechara, like A R Rahman’s most recent projects, uses his numbers in fragments through the narrative; it works for the larger good of storytelling and sustains the featherlight, soulful vibe of the film. It’s easily among the composer’s immensely likeable works from the very first hearing, it’s gentle, melodic and vibrant. It seems like the composer has tapped the teenager in him for the score. Dil Bechara uses colours and props to convey the mood of its sequences quite effectively; the film had it released in the theatres would have been perfect for a monsoon watch given the way it uses nature as a visual element.  Shashank Khaitan and Suprotim Sengupta do a decent job with their adaptation, marrying the influences of Jamshedpur, Bengal into a premise borrowed out of a bestseller novel in the West. One wonders if the film could have been slightly more liberal in terms of its running time and provided a longer window for a viewer to understand its world. 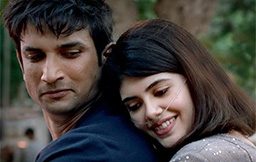 The feather-light treatment of a melancholic story

Absence of enough intensity in the romance