Home Reviews Dolemite Is My Name Review – An Adult Comedy That Is Also...
Binged Rating3/5 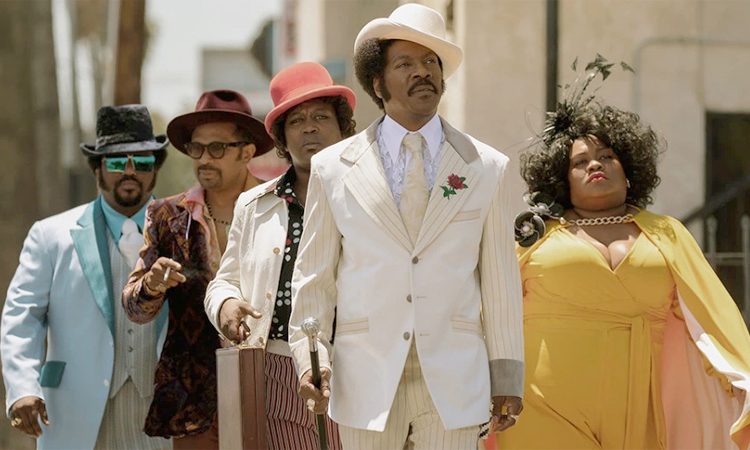 BOTTOM LINE: An Adult Comedy That Is Also A Ode To Cinema

Dolemite is My Name is a comedy based on the true story of a filmmaker named Rudy Ray Moore. The journey of Rudy Ray Moore (Eddie Murphy), a struggling artist to a record sensational Dolemite, initially, and then to becoming a director is what the movie is all about? 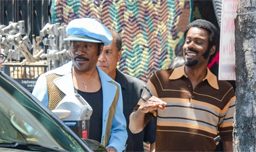 Eddie Murphy is a senior artist who has been struggling to get the right movies for a long time. His brand of comedy has deteriorated rapidly during the last decade and led to shrinking revenues. Still, he is a powerhouse talent, especially in comedy. Dolemite Is My Name proves it again.

It is a star show for Eddie Murphy right from the start until the end. The comedy timing and simple yet likeable emotional bits are delivered with aplomb by Eddie. There is no false note from the actor who seems to be just living the part. There is a joy internally in doing the character, and it is reflected on the screen as well.

Craig Brewer has a simple yet exciting story at hand. It is a biography that is also a comedy. It is on the lines of the James Franko starrer The Disaster Artist, but with a little bit of additional depth and ode to movies with love from a community in America.

The adult humour which has been getting to crass levels and turned out to be a significant problem for Eddie Murphy over the last decade and a half is what gives Dolemite Is My Name its edge. It is said to be the first “R” rated movie from Eddie Murphy since 1999, but rest assured it is far less repulsive than many films that have come after that time, featuring the star. The rating is more to do with the language, particularly the one involving records. It is like roasting.

The starting is a struggle to get going, both on and off-screen. One might quickly lose interest based on the initial proceedings. However, it is when the actual ‘record’ section begins that the movie gets going. It has a proper flow.

However, the real movie starts when the story shifts its focus to ‘movies’. Right from Dolemite getting the idea to start one, to assembling the team, and making and release – everything works with large doses of inherent comedy within the ‘meta’ movie-making portions.

The way the whole thing is under currently connected to the unity in the community within the American setup and history makes it further unique. This subtext also elevates the proceedings which otherwise would have been a decent level comedy.

The climax is simple and perfect, with no exaggerated emotions. It simultaneously acts as an ode to the movies and its magic without hitting the nail on the head.

Overall, for the sheer entertainment on offer, be warned of its adult content, Dolemite Is My Name is an easy one-time watch and recommended. Do give it a try if you love comedy and movies.

Apart from Eddie Murphy, who is all over, Dolemite Is My Name also comprises of many artists who have small, but impactful parts. Three immediate names prop up in our mind, and they are Da’Vine Joy Randolph, Keegan-Michael Key, and Wesley Snipes. They are a hoot in their individual capacities. The last of the three is hilarious in the whole movie-making episode as a condescending person for the entire effort. Da’Vine Joy Randolph brings the emotional touch at the end, but not in an overt sentiment way.

Mike Epps, Craig Robinson, and Tituss Burgess make the film ‘whole’ chipping in with their timely supporting parts. The presence of Bob Odenkirk and others in minor parts further boosts the appeal of the movie. 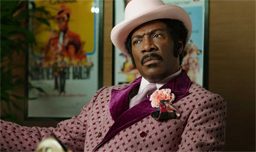 The music by Scott Bomar gels well with the raps and overall setup the movie is aiming. It is properly in sync with the narrative. There are no standout moments, and that is, in a way better for the outing. The cinematography by Eric Steelberg is slick and reflective of the period and setting Dolemite Is My Name is set. It adds to the uniqueness of the flick. The editing by Billy Fox is fantastic. It is seamless and takes the narrative forward without any glitches.

The writing Scott Alexander and Larry Karaszewski is a winner. They get the fun and emotion right without one dominating the other. It makes the narrative breezy that gets better and better as it progresses. Also, the proceedings never get too light for it to lose the seriousness at the core.

Wafer-thin Storyline
Adult Humor Not For Everyone

Dolemite Is My Name Review by Siddartha Toleti