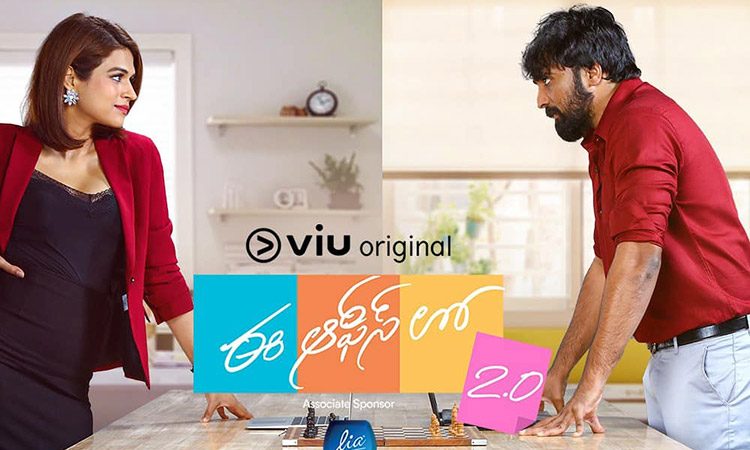 While entrepreneur Sidhu is all set to become a father, his sudden announcement to expand the company in the digital marketing space doesn’t go well with his team. Besides, he loses a prestigious annual award (which he was considered a favourite to win) to his competitor Naina, whose firm is scaling newer heights by the day. A wayward youngster Chaitanya inspired by Naina’s innovative leadership strategies employs a wicked yet effective tactic to garner the attention of his idol.

Successfully finding a place in Naina’s firm, he makes a name for himself despite inviting ire from his incompetent superior Rama Rao. Chaitanya’s equation with his childhood sweetheart Madhu helps him put his feet on the ground on the relationship front. But life complicates when Chaitanya turns down Naina’s proposal to embark on a romantic relationship. Will things take a turn for the worse? Is Chaitanya equipped to handle the situation? 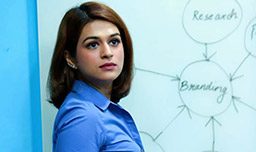 For once, storytellers in this series have been successful in capturing the actor in Shraddha Das, unlike her stint in films that have tried to capitalise merely on her picture-perfect figure. This is her career-best act by a far stretch and she looks every bit as the entrepreneur who would leave no stone unturned to be successful on the professional front. Her costumes are aptly stylised for the part and her ‘tu-tu-main-main’ with Chaitanya Krishna, Shivakumar Ramachandravarapu is wickedly entertaining.

Chaitanya Krishna, an underrated actor whose films haven’t done justice to his worth, does a fine job as an ambitious entrepreneur with a softer side to him as well. Though his role in this season is less impactful than the first one, he becomes everything that his character demands him to be. Shivakumar Ramachandravarapu, a familiar face with his multiple film and digital outings now, keeps the entertainment quotient in the series going. His casualness is a bonus to the character and the actor maintains his cool in the crucial junctures of the series.

Viva Sunny tries a tad too hard to be funny, while the likes of Harshitha Chowdary, Viren Thambidurai impress. Moin Khan, the digital media star is more annoying than amusing and his problematic characterisation has a lot to do with it. The actor playing the peon in the corporate office doesn’t feel relatable but gives a much needed comic touch to the narrative. 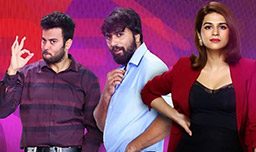 For a series that came with little hype or hullabaloo, Ee Office Lo Season 2, a drama set amid a corporate setup is surprisingly entertaining for a major part. Each of the characters is distinctive in their behaviour and their clash of ideas makes for an interesting see-saw across ten crisp episodes. Importantly, the makers of the series know the bandwidth of their content and don’t exaggerate the situations beyond necessity. Apart from a few issues with the detailing and the partly inconsistent tone with its humour/sarcasm, the series keeps you invested in the proceedings.

What’s extremely heartening about Ee Office Lo in its second instalment is the characterisation of the lead protagonist Naina, played by Shraddha Das. As a no-nuisance boss, she’s clear on her terms, unapologetic about her behaviour and has no qualms about prioritising her career progress over human relationships. The lows in her life only push her to aim higher, even though she takes failures too personally than she should. It’s good to see a powerfully written woman-character on the forefront in a regional series for a change.

The other characters, however, seem all too coloured. There’s an over-friendly peon, an inquisitive yet sophisticated receptionist, an underdog newbie who suddenly rises through the ranks and an insecure superior to name a few. There are obvious conflicts a.l.a career-versus-relationship, immediate goals-versus-larger ethics that bring more familiarity to the narrative. The slow start may make you think otherwise about the series, but once the foundation is set, the momentum is sustained.

Slotted as the insecure, creepy boss in the corporate space, Rama Rao as a character could have been more intelligently written, but it’s clear that the director Mahesh Surapaneni had only wanted him to be an utterly unlikable character. His cheap behaviour with women, weird body language and vile glances make you feel uncomfortable and could have been dealt with more sensitivity in the times of the #MeToo movement.

The writing of the series is at its best when Chaitanya and Naina are at loggerheads with each other personally and professionally. The portions where the two are pitted against each other and have to come up with quirky strategies to help their clients emerge victorious in a political battle may seem slightly simplistic on paper. However, one can’t ignore the conviction with which these sequences are staged. The unique brand-building ideas of the two characters and the innovative methods employed to counter each other’s marketing tactics lend believability to the story.

The ending leaves you with mixed feelings, but the makers couldn’t have planned a better way to culminate a season where both the leading protagonists experience a sense of loss and victory. The thread about Sidhu’s past with Naina brings another layer to the story and the tension between the characters of Sidhu, Naina and Chaitanya is palpable when the trio shares the same stage for an award ceremony sequence. This is a series that feels scalable for multiple seasons and the announcement of Viu India’s closure at this juncture couldn’t have been more disappointing.

Sri Charan Pakala, the Gudachari composer puts reasonable effort in lending authenticity to the backdrop of the series. The soundtrack is very much in sync with the story – neither does it underwhelm nor overwhelm you. The cinematography is sharp and the dialogues are flavorful on most occasions. The writing may have been helped by more research than the cinematic liberties though.

The character of Rama Rao
A sluggish, usual start to the season
Oversimplification of business strategies