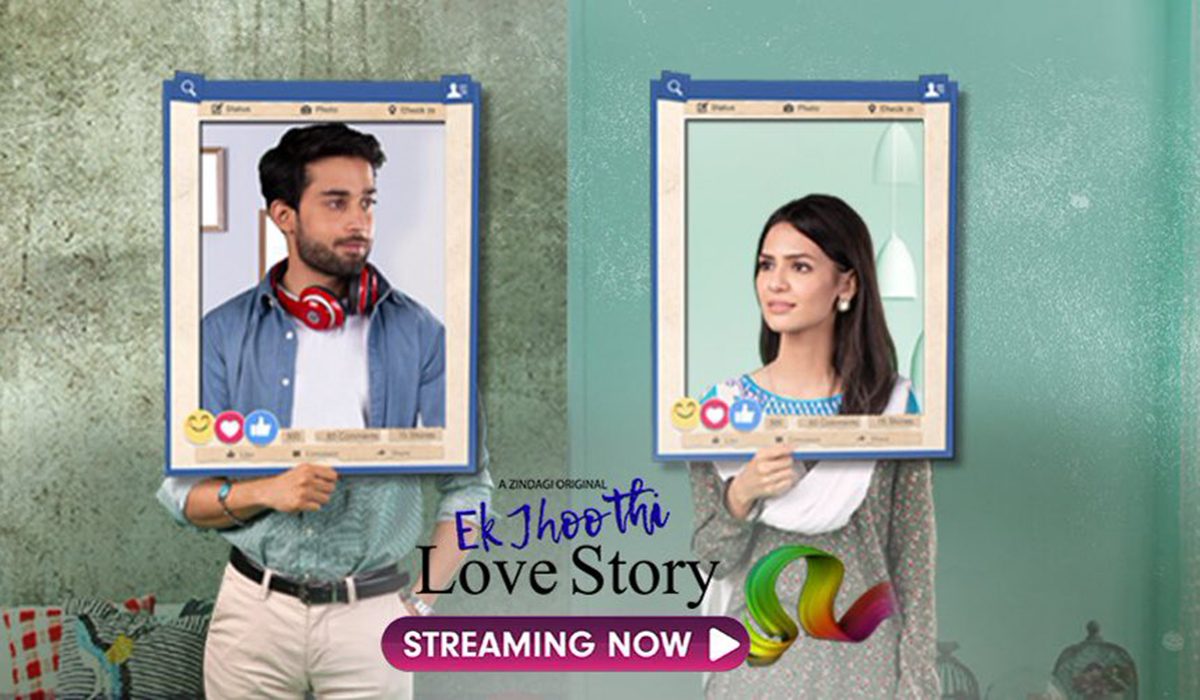 ZEE5‘s latest Pakistani show, Ek Jhooti Love Story, streaming under its Zee Zindagi label, is set in the backdrop of middle class Pakistan, in Karachi. It is directed by Mehreen Jabbar, out of a script written by Umera Ahmed. Ahmed has earlier written the popular Pakistani series, Zindagi Gulzar Hai. The series deals with the younger generation’s unhealthy obsession with social networking and being enamoured by the fake world it peddles.
Sohail (Bilal Abbas Khan) and Salma (Madiha Imam) belong to middle class families that live in the same neighbourhood. Both live mundane and boring lives – Sohail manages his dead father’s computer and electronics repair shop; while Salma languishes in the tediousness of having two elder unmarried sisters, both in their thirties, and an elder brother, who cannot get married until he marries off his sisters. Salma’s only dream is to be swept off her feet by a Prince Charming, a rich, good-looking guy who will love and marry her.
To escape the mundaneness of her life, Salma assumes the identity of a rich, high-class girl, Natalia, on Facebook. Her dreams appear to come true when the handsome America-settled Nofil befriends her — or rather Natalia — on FB. But there’s one hitch – the Nofil she befriends isn’t the real deal. He is Sohail masquerading as his childhood friend Nofil on FB. Just like Salma, Sohail too has assumed a fake identity to lure Natalia into being FB friends with him. Of course, both don’t know the truth about the other – that the person they’ve befriended on Facebook is someone else.
The two get deeper into the mess — a mess they’ve created themselves — until it’s too late. Or is it? 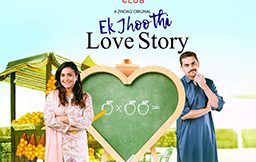 Bilal Abbas Khan and Madiha Imam have rendered utterly natural portrayals of Sohail and Salma respectively. There’s not a hint of over the top hamming in their performances, which is why they quickly ingratiate themselves into our consciousness and our hearts.
Beo Raana Zafar is arresting as the mother of the four siblings, Saluiddin, Shabana, Shaziha and the youngest, Salma. Though we must say, after the first few episodes, her act begins to feel loud, exaggerated and overblown. Her delivery of dialogue too – a peculiar nagging style – begins to grate on your ears, and you wish she would talk less and listen more.
The rest of the cast is average, with all the cast members pulling their weight in what is required of them.

Ek Jhooti Love Story begins well, drawing you into the world it builds. The story reminds you of Jane Austen’s classic tale, Pride And Prejudice, complete with a nagging mother, whose only aim in life is to see her daughters – three here, instead of four – married off and well-settled in life. But even as the first episode ends, you realise that is where the similarity ends.
If you begin watching Ek Jhooti Love Story, hoping to get a series as compelling as ZEE5 Zindagi’s earlier Pakistani offering, Asim Abbasi’s Churails, we suggest you stop right there. Coz Ek Jhooti Love Story is as different from Churails as chalk from cheese. While Churails was fast-paced, absorbing and compelling, Ek Jhooti Love Story is tediously long-drawn, meandering and obsessed with marriage. The story is middling – the kind we would have on Doordarshan, in the conservative eighties. Hum Log and its middle class woes come to mind.
The series is too long – eighteen 30-35 minute episodes, with the later ones even going up to 45 minutes each, a bit much for the web space. A crisp, brisk and breezy style of storytelling would have had deeper impact. As the show is right now – too long and too tedious – one is compelled to hit the forward button more often than not. 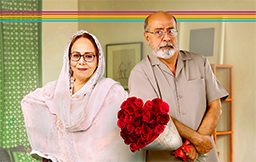 Episode after episode is wasted on flogging to death the situation of the two older sisters. Shabana and Shaziha are constantly rejected by potential suitors (their mothers, actually) on pithy grounds – primary being age and weight. Thus, Precious and significant subtext is lost in the tediousness of the long-drawn storytelling – class discrimination; the toxic effect of Facebook and Instagram on young, impressionable minds; and a distinctly middle class preoccupation with getting girls married off as soon as they hit 18 years of age — education and graduation be damned. What rankles in Ek Jhooti Love Story is that the girls themselves are only too happy to drop their studies and get married to the first suitor that says yes.
Even the love story between Salma and Sohail is mediocre at best. There is zero chemistry between the leads; and there is not an iota of thrill or romance in the tale, or its narration. Ek Jhooti Love Story is a story so fake, it should never have been made.

The music is good in parts. A couple of songs are ear-worthy, but we doubt anyone would make the effort to download them or hear them on loop. The background score is average at most places; and distinctly cringe-worthy in some – like the sequences with the writer and director’s half-hearted attempts at humour.
The camerawork and editing are average – nothing to write home about. 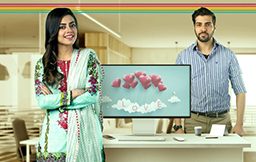 Initial world-building
The Pakistani flavour – quite different from ours, obviously