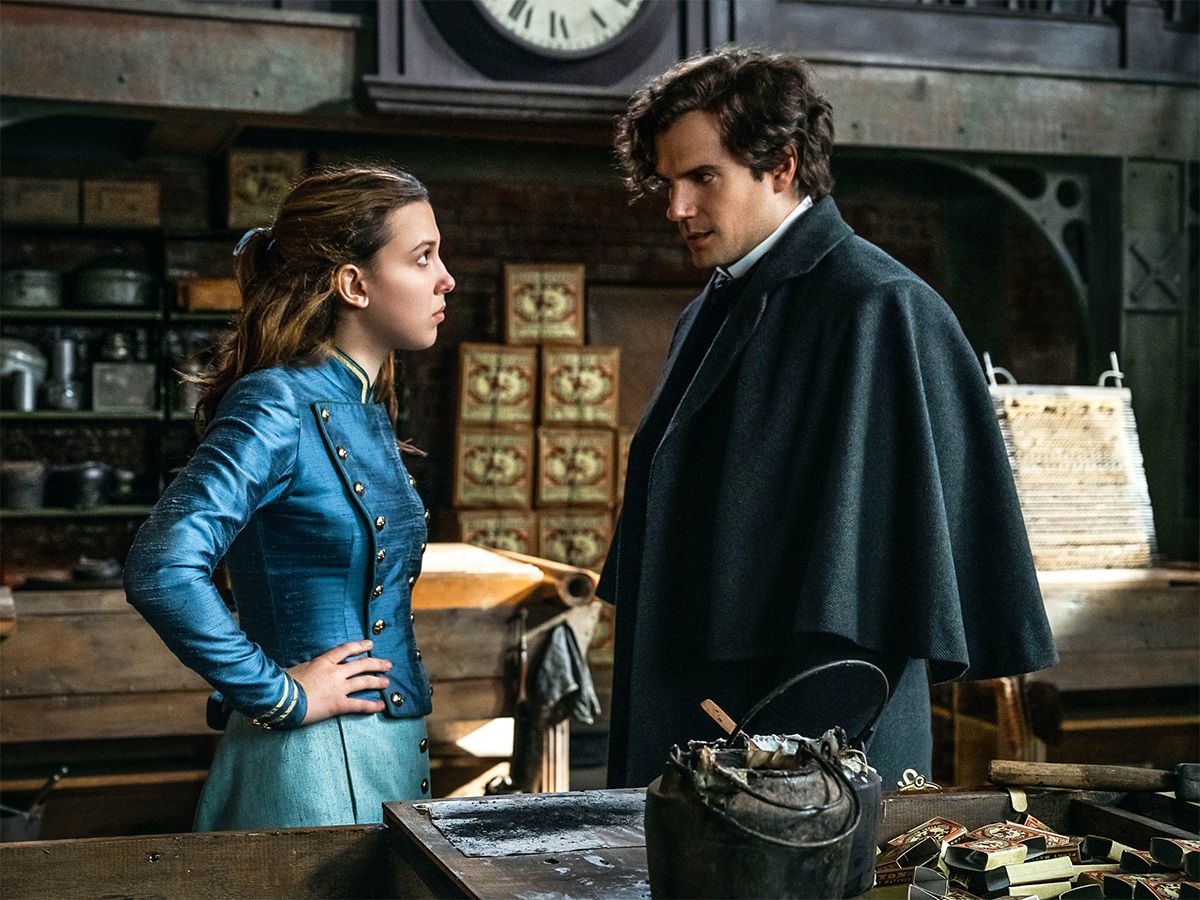 The second installment of Netflix’s successful Enola Holmes film sets Enola (Millie Bobby Brown) off on a search for a missing young woman; but she soon realises that it is a far greater conspiracy than she, or her famous brother Sherlock Holmes (Henry Cavill), bargained for. Worse, Enola must shed her ‘Miss Independent’ tag, and take the help of her mother Eudoria (Henry Bonham Carter), Edith (Susan Wokoma), Viscount Tewkesbury (Louis Partridge), and of course, Sherlock himself, to crack the case.

Millie Bobby Brown is terrific as Enola Holmes — as superb as she was in the debut film of the series. Her effervescent, exuberant take on Enola, especially the ‘breaking the fourth wall’ part of it, is refreshing to watch. Henry Cavill has much more to do in Enola Holmes 2, and he delivers spectacularly. His understated and refined performance elevates the film by several notches. Helena Bonham Carter is delightfully efficient in her varied appearances peppered across the film.

The rest of the returning cast members of Enola Holmes lend equal heft to the new film. Louis Partridge is charming and impressive as Viscount Tewkesbury. Susan Wokoma’s Edith is a treat to watch. Adeel Akhtar is adorable as Scotland Yard detective, Lestrade.

New entrant David Thewlis is a riot as the evil and menacing Superintendent Grail. Sharon Duncan-Brewster is awe-inspiring as Mira Troy. Serrana Su-Ling Bliss as Bessie Chapman is cute as a button, yet equally impressive. We won’t reveal the identity of a couple of other newcomers to the Enola Holmes 2 cast, for fear of spoilers.

Fresh from her last success, and in a bid to get out of the shadow of her more famous older sibling Sherlock Holmes (Henry Cavill), Enola (Millie Bobby Brown) sets up her own detective agency in London. But getting cases is easier said than done – youth, gender and famous surname get in the way of prospective clients taking her seriously.

Discouraged, Enola is about to shut shop, when an impoverished little girl Bessie approaches her to find her missing sister, match girl Sarah Chapman. For those who don’t know, Sarah Chapman was an actual woman who lived in late nineteenth century England. We won’t disclose the connection of her history with the current Enola Holmes mystery, lest we reveal spoilers.

Suffice to say, Enola Holmes 2 takes a leaf or two from the chequered history of Victorian era Britain, to spin an enticing yarn of murders, corporate corruption, financial irregularities in the government, extortion, blackmail and what have you. Also, the mystery, suspense, twists and turns in the new film are infinitely better than Enola Holmes 1.

Millie Bobby Brown is captivating as Enola Holmes. Each ‘breaking the fourth wall’ sequence is fun to watch — “Tis I” and “Tis he”, the funniest and bang on. Enola Holmes 2 also develops the Sherlock Holmes universe in interesting and amusing ways. 221 Baker Street, Moriarty, and one other specific detail (*wink wink*) find space in the sequel. And must we say, it is getting to be mighty alluring in more ways than one.

The sequel also beautifully develops the relationship between the two Holmes siblings, both razor-sharp, intelligent and equally adamant. Mycroft is thankfully missing from this iteration of the tale. Enola and Lord Tewkesbury’s romance is sweet and innocent, and their sequences together, quite hilarious and charming.

Above all, the life lessons that the movie drops out of the blue are as relevant today as they are to Enola Holmes’ Victorian times. Director Harry Bradbeer and writer Jack Thorne have made a movie for the ages. It’s a terrific second outing, and a must-watch!

Daniel Pemberton’s musical score is upbeat and eclectic, superbly fitting the narrative in its various nuances. Giles Nuttgens’ cinematography is terrific, with breathtakingly beautiful visuals and frames studding the film. Adam Bosman’s editing is flawless and the jewel in the crown, without which most sequences wouldn’t have half the impact they do now. Lastly, Michael Carlin’s handsome production design, and the stellar art direction are the cherry on the cake of a well-crafted product.

The handsome Production and Art Design