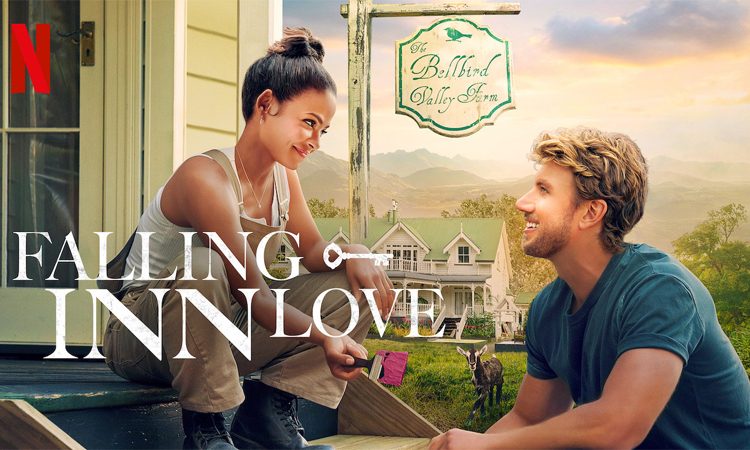 BOTTOM LINE: A boring rom-com about life at the woods

Falling Inn Love is a plot idea full of cinematic liberties and unlikely possibilities. Gabriela Diaz crawls her way in an investment firm where life isn’t a walk in the park. Despite her sincerest efforts at work, she feels the pinch, her ideas face rejection, thanks to the bosses’ preferential treatment. Things get worse for her with the firm going bankrupt and not any backup option left for her. In lands a mail where she tries her luck at winning an old-time New Zealand resort through an online contest, that she miraculously gets past. Life at the woods, a renovation of the resort, a new love-interest, Gabriela’s life is never going to be the same again. 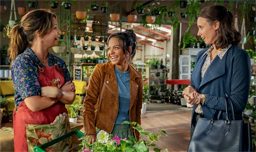 Impressively enough, actor Christina Millian playing the lead role in the film is its best performer too. She appears extremely convincing as the ever-stressed US citizen who learns and unlearns how to live her life again. The transformation in her character comes across neatly and she hardly strikes a false note. Giving her company as her co-star is a handsome Adam Demos as a lovestruck Jake. Though his screen-presence is no match to his female counterpart, there’s an innate charm he brings to his portrayal through his subtle masculinity, understated acting. Strangely, the two don’t quite appear the much-in-love couple the film expects us to believe.

Falling Inn Love is a plot tailor-made for the digital medium and it’s not hard to understand why it didn’t make it to the theatres. A thin one-liner stretched into a full-blown 98-minute film, the target audience for it are the feel-good genre enthusiasts and honestly, it succeeds in fulfilling their expectations. However, if you aren’t one among them and are looking for a film that consistently engages you, you’ve hit the wrong link.

The film’s plot is a fantasy of sorts. A perennially stressed and currently jobless US-citizen gets a spam mail that mentions she’s won a resort at a rural hamlet in New Zealand and turns out, the mail isn’t fake. She falls in love with her newly adopted town, its people, dates a resident, revamps the resort and decides to stay there forever. None of this feels believable at the outset. As if changing countries, getting visas and running a resort were so easy and simplistic! It’s a film and it doesn’t need to be exactly real, yes, but the execution (by director Roger Kumble) feels way too silly and not quirky, to begin with.

There are too many cliches – a lady who always spreads gossip in the town, a nursery owner who’s ever-sensitive and kind to the needs of the protagonist, a good-looking man with a mysterious past who’s able to meet the protagonist everywhere. A bunch of concocted coincidences, old-world ideas, a stereotypical idea about life at the woods, an anti-thesis in the form a World War I love story, come together in this mushy, bloated rom-com that doesn’t spring any surprise.

A goat named Gilbert is the official pet of the resort. Its character-introduction brings about some laughs, although better efforts could have been directed at establishing the goat’s identity. Though the acting is fairly neat, the screenplay is too basic to be taken seriously. The humour is non-existent, the chemistry between the lead pair’s absent. As much as it’s welcoming to see rural New Zealand serving as a backdrop for a love story, it’s a pity that the tale doesn’t match the place’s scenic beauty.

As a reported gossip-monger in a small-town, Anna Jullienne may have got a dull role, but she performs it with some quirkiness. Her histrionics are a riot on the screen. More impressive than her dialogues are her expressions, which says a thing or two about the actor. The likes of Jeffrey Bowyer-Chapman (as the protagonist’s ex-boyfriend), Claire Chitham (as Gabriela’s friend) get only blink-and-a-miss roles with not much scope to explore their talents.

Edward Shearmur’s music was a genuine surprise, it has the warm, heart-tugging quality that the story misses out on. The happy-go-lucky tunes help when the lines of the actors don’t impact. The writing is the film’s biggest letdown. While not much could have been done on the editing table to rescue this, the cinematography is reasonably promising. 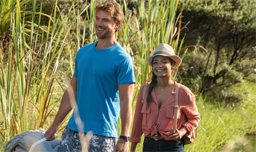