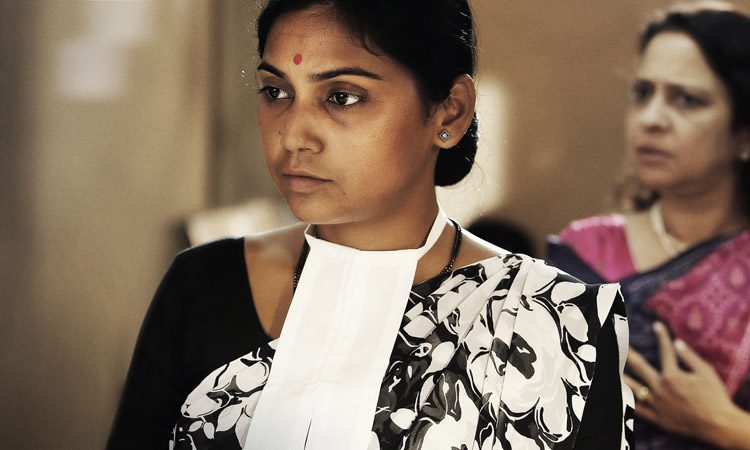 BOTTOM LINE: A film with strong core but weak execution

Firebrand, produced by Priyanka Chopra along with her mother, revolves around a fearless divorce lawyer Sunanda (played by Usha Jadhav), who has an impeccable track record of not losing a single case. In courtroom, she will do whatever it takes to help women fight their battles – from alimony to child custody, but at home when it comes to her relationship with her husband, she has to fight her own demons that arise from her being a rape survivor.

The film follows Sunanda’s efforts to come to terms with her scared past with the help of her highly supportive husband Madhav (a terrific Girish Kulkarni). 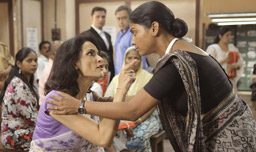 Usha Jadhav as Sunanda is a revelation, and she portrays the trauma of her character with utmost empathy. One can only imagine how hard it must be for any rape survivor to gather courage and move on with life in a highly judgmental society. Jadhav sets a fine example with her character, reminding us that rape is not the end of the world for any individual and that it is possible to overcome such haunting experience with the help of family and friends.

Girish Kulkarni as the husband delivers a matured performance. It is through his character that we are made to understand that it’s very important for the family of rape victims to stand with them. Kulkarni not just plays the role with ease, but he portrays unspeakable helplessness when he sees his wife read out the grim details of her rape as part of an activity suggested by her psychologist. Very few actors can take up such roles and play them so confidently.

Sachin Khedekar as a hapless husband stuck in an abusive relationship is fine in parts but some scenes between him and his wife are over-the-top.

Firebrand is a very important film in giving a voice and an identity to a rape survivor. Even if the film can slightly change the general perception and attitude towards a rape victim, it’s something it can be proud of achieving. By setting a story around a rape victim and making her the protagonist, director Aruna Raje reminds us that she’s no less than a hero. And Sunanda is a hero when it comes to fighting for women and she’s fiery in some of the courtroom scenes.

The film explores themes of feminism, sexuality and middle-class morality. There’s a beautiful scene between Sunanda and her husband where the latter explains that love and sex are two different things but the film turns feminism on its head with a convoluted ending. We see Sunanda involve in a casual one night stand to enable her to let go of her past defeats the film’s whole purpose of building a strong self-made woman. 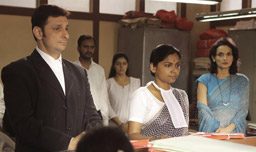 The methods the film employs to deal with a rape victim’s sexuality and her need for intimacy are very amateurish. Sexuality is a recurring theme in Aruna Raje’s films and this time she explores the theme from the perspective of a woman who considers herself both a rape victim and a survivor. While the intention to deal with such a sensitive topic deserves to be commended, Raje doesn’t make this story hard-hitting and inspiring. Firebrand deserves a watch for its well-intentioned attempt to tell a story of a rape survivor trying to grapple with the realities of love, marriage and sex.

To those who can watch sans expectations