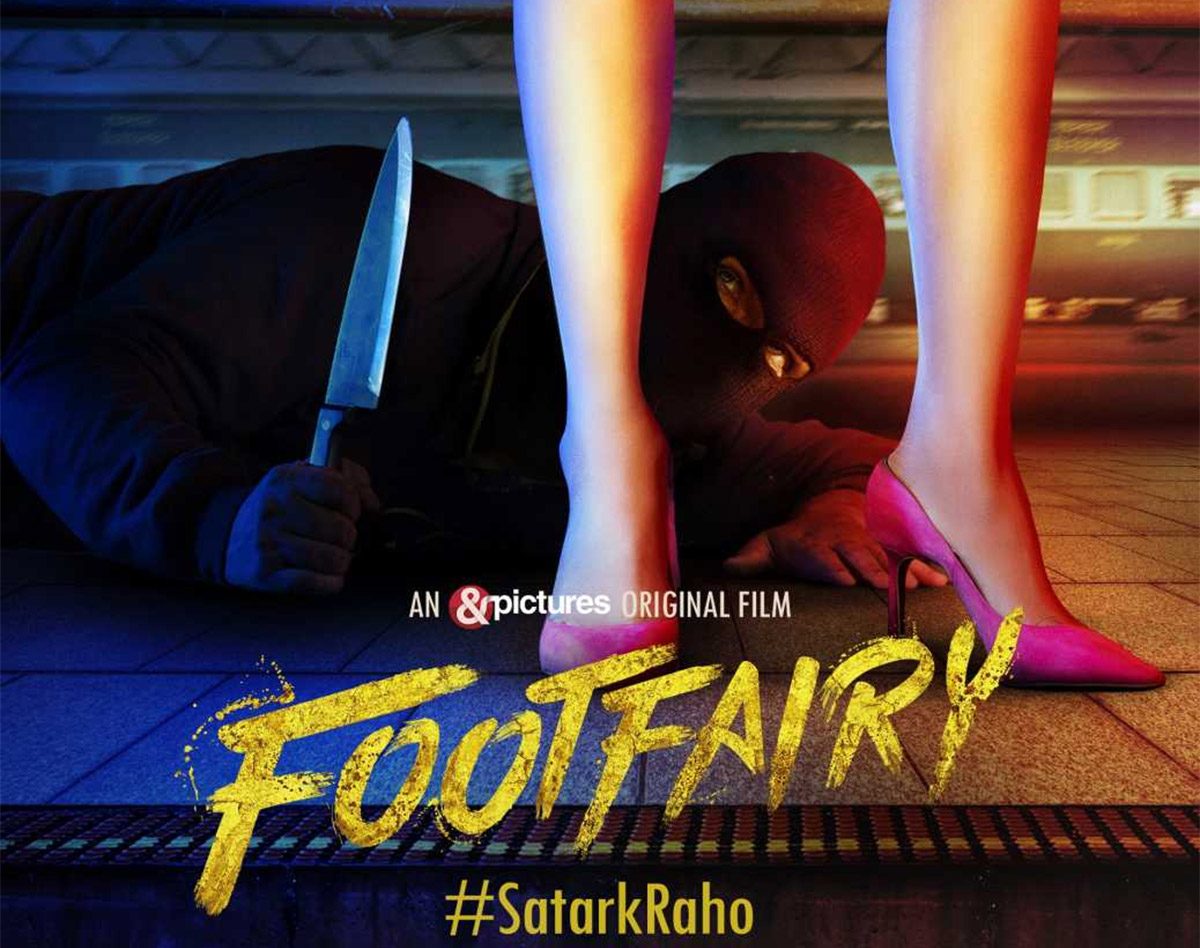 Vivaan Deshmukh (Gulshan Devaiah) is a top CBI officer who has a great knack of solving crimes. He is labeled the Sherlock of CBI. What happens when he gets a mysterious case of ‘Footfairy’ serial killer at his disposal? Did he solve it and how it ends? Gulshan Devaiah gets a proper investigative character in the form of Vivaan. His approach to the role is very realistic. The emotions portrayed like anger and frustration are real and bear no over action. It can be felt in the conversation at a small hotel with colleagues.

What helps Gulshan Devaiah a great deal is the whole narrative rests on him. He is the sole focus, and we get to see his different variations within the framework. It is nothing exceptional, but good nonetheless as he is the main reason one sits through the proceedings. Kanishk Verma directs Footfairy. It is a simple and straightforward serial killer thriller movie narrative to the T. The story is all about the investigative process of a police officer, In this Case, a top CBI official.

The starting of the movie intrigues as the killing mode, and the serial killer is established. The subsequent portion involving the police investigation hooks one into the narrative.

However, soon anyone could realize the narrative is following a predictable pattern. The various tick boxes related to the genre are used to propel the proceedings forward. The screenplay lacks a fresh element for the first hour.

The slow pace doesn’t help the cause. It adds to impatience. Luckily, the lead character too feels the same, and it is then we realize maybe that is the intended effect here from the director. And as expected, the second half moves in the direction.

The increasing frustration of lack of’ proper evidence’ despite a potential culprit before the officer forms the narrative hook point. The conflict of the narrative rests on the gut feeling of an investigative officer. The drama builds from his character, and it soon begins to dominate the thriller element. If one is okay with this mix of emotions, Footfairy could offer something to chew upon and like. It reminds us in spirit, of Memories of Murder. The problem is once that is set in our mind, the rest of the narrative again becomes predictable.

Still, there are a couple of gripping sequences towards the end along with the ending that makes Footfairy stand out from the countless other routine genre flicks. The moving on is neatly shown, but it lacks depth due to the writing.

Overall, Footfairy is a predictable thriller with an engaging second hour. The ending is decent, which could leave one with a divided opinion. Give it a try if you like the genre and don’t mind the slow pace.

Footfairy has very few artists. None of them has a full-fledged role in making an impact. We have Sagarika Ghatke, Kunal Roy Kapoor, Ashish Pathode Yogesh Soman, Karan Aravind Bendre and others, doing parts that come in small bits. They are part of the proceedings like Ashish Pathode and Karan, but they lack the character to be memorable. The background score by Jeet Ganguly initially dominates the proceedings. It feels so loud. But, as the narrative progresses, it seems okay. The cinematography and production design gives the movie a fresh out of school graduate work. The editing is alright. The writing, as mentioned previously, lacks depth. With better work, the climax could have been elevated further along with the rest of the drama preceding it.