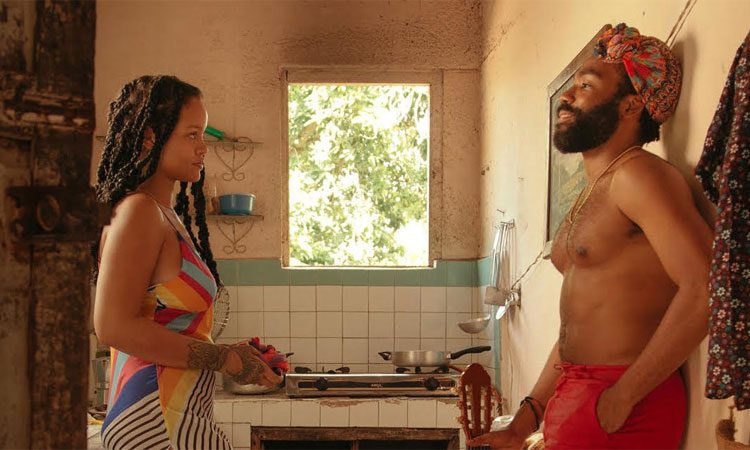 BOTTOM LINE: A silly excuse of a film

A young, free-spirited musician Deni Maroon is a pop icon of sorts in a Carribean island. This is a region where the workforce barely gets it’s due despite sweating it out for ages, without an off-day in their lives. They don’t seem to have a better choice in the near future too until Deni plans to organise a music festival and revive the happy-go-lucky spirit of the land. However, the big-time despot Red Cargo, who wields his control over the workers in the island, leaves no stone unturned to halt Deni’s attempt. And Deni’s girlfriend Kofi is worried for his life. Will the good ol’ days return to the island ever again? 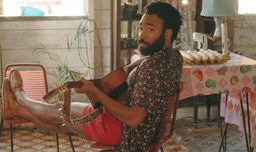 Donald Grover, the actor works better than Donald Grover, the writer of Guava Island. There’s little doubt that music comes naturally to the performer and Grover aptly represents his character’s (Deni) happy-go-lucky approach to life. Though Deni as a character is uni-dimensional, Grover’s screen presence certainly instills some life into the role. Rihanna, who plays Kofi, scores well as an actor and it’s only a shame that the film doesn’t explore her part enough. Nonso Anozie, as the island’s honcho Red Cargo, gets a one-note antagonist role that barely registers an impression.

Hiro Murai, a name to reckon with for his feature films intertwined with oppression and music helms the largely underwhelming musical that doesn’t have much regard either for the story or its protagonists. Guava Island, the film, begins as a bed-time story that its protagonist Kofi listens from her mom; it offers the viewers a glimpse of the famed history of the region. However, its aims are hardly coherent henceforth. The filmmaker repeatedly underlines this island as a region of the oppressed but their struggle is nowhere to be seen.

The narrative meanders along sans much direction and feels needlessly stretched. Even if you look for some depth, both its lead characters Deni and Kofi lack much personality. Though there seems to be an underlying mystery to Kofi’s life, the director brutally cuts her character short. The introduction and the climax portions featuring a handful of animated sequences, share a poetic vibe that doesn’t rub onto the film. The sequence where Deni discusses America’s capitalism through music could have been integrated into the story better. If anything else keeps you intrigued in Guava Island, it’s got to be the trippy visuals that capture the environs and the guileless joy of the Carribean to good effect. 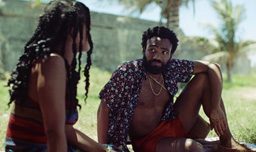 If the music of the film is treated as an independent identity, chances are that you’ll end up liking it. The music, in the context of the film though, seems an excuse to increase its running time to an hour. The storytellers miss a trick or two because of the trivial placement of the numbers. The songs could have been a wonderful tool to tell the story of the island and be an intrinsic part of the narrative; unfortunately, the potential of music seems to be underutilised here. Guava Island’s cinematography is the rare sunshine that gives some zing to this soulless outing.