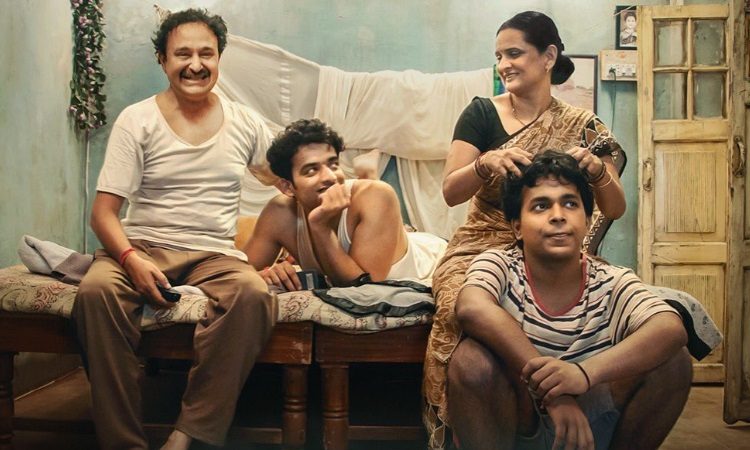 Gullak is a slice of life dramedy set in the hinterland on India. It showcases a few incidents or instead episodes from day to day ordinary, mundane life of a typical Indian family, in this case, the Mishra family.

There are four primary characters in the five-episode series, and all have equally important parts. Among them, it is without any doubt Geethanjali Kulkarni who leads the show. She is the anchor, and it is her action that drives the narrative.

Geethanjali Kulkarni is fabulous as the frustrated mother. We can literally feel the burden of the family she is carrying on her face. She pulls off the role so naturally with all its irritations and lovable moments. The nagging women aspect too is smoothly woven into that role, and Geethanjali does a neat job of portraying it without going too far to lose the support required for the character. 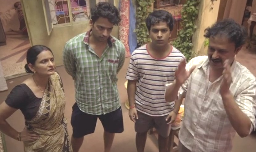 Amrit Raj Gupta has directed the short series expertly. There are limited characters, and the entire show relies on them and the director pulling off the material. He does a great job of getting it all right.

Although the makers insist that Gullak is all about incidents and not a particular story, one can feel the later taking shape clearly by the end of the final episode. The three-act-structure invariably shows up. And the immense sense of sustained positivity (a TVF quality) also can’t be missed.

Within the short time Gullak has, the director expertly manages to show the relationship between the parents and brothers, and also explore the father/son and mother/son dynamics. What’s more, it also subtly puts across messages related to middle-class aspirations, expectations and disappointments with zero intention of any message.

But, there is more to it if one observes. The episode where the father drinks in the house capture the basic essence of such households and give a positive spin to it. The dark side is kept out. It is the TVF quality that we mentioned previously. The alcohol consumption more often than not leads to abuse, but that is averted, and instead, we get to see how accommodating the entire family has been. The father too seems to understand the same and keeps the whole thing in check despite drinking.

Another instance is in the final episode related to exams and the parent’s reaction to the results of the son. These are moments where a positive message is passed without too much sugar coating and keeping things real, but they ultimately come across as fantasy.

This realistic looking ‘fantasy’ seems to have become a recurring theme among most of TVF Productions. This is the digital residue of the Raju Hirani style of making. Right now, they are able to pull off without coming across as formulaic, but if the same approach is maintained, it could be that way. Since it is working, for now, it is recommended to watch with no hesitation at all.

First of all, the casting department needs to get thumbs up. They have done an excellent job of getting the artists together. The four look like a tightly knit family. Additionally, they are expressive enough to convey the various emotions and whenever necessary, add layers to it as well.

Jameel Khan, as the father, is a perfect combination of softness and hard stance based on the circumstances. He has the quality that allows the sons to have a friendly banter, but at the same time, not cross the line. The equation with wife is also neatly captured that is so typically seen.

Vaibhav Raj Gupta as the elder son is another excellent casting. He is hard on the outside but still has a kid like vulnerability inside. The actor can get across both those emotions properly with no confusion at all. And finally, Harsh Mayar as naïve but no so as one expects him to be is decent. He does look the weakest, but it also works to the advantage of the character. The voiceover by Shivankit Singh Parihar is neat. It does feel repetitive at times, mostly because of the dialogues, but it has an old-world appeal to it that connects. 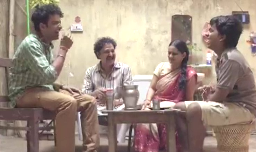 Simran Hora and Anurag Saikia are credited with the music, which is decent. The title track is beautiful. The cinematography by Shree Namjoshi is excellent as it captures each corner of the small house excellently. The small town feel is carried without too much outdoor shooting. Amit Kulkarni’s editing is slick and sharp. The narrative is kept tighter at all times. The writing is exemplarily maintaining the high standards of TVF. It helps one be engaged in the predictable moments that happen. It is not that they have written anything out of the world here; it is exactly the opposite; they have got the smallest of conversation right within the world they have picked.

The Formulaic Vibes
Predictable Moments At Times
Gets Slightly Repetitive