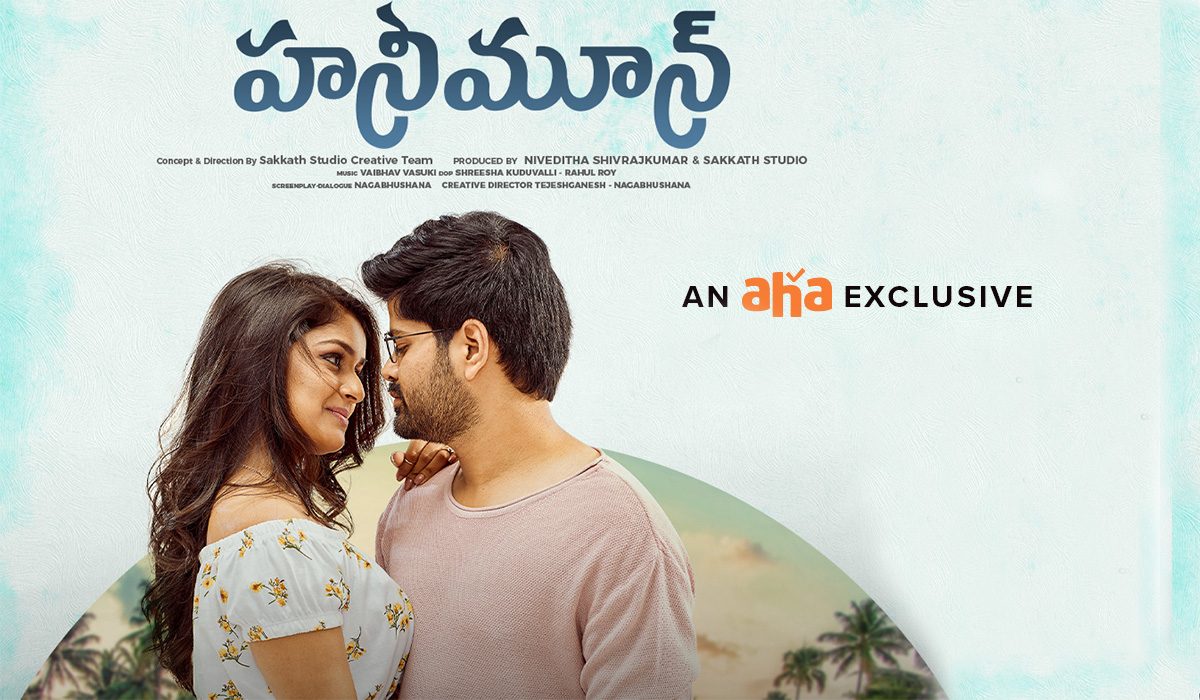 BOTTOM LINE: Nothing New But A Pleasant Watch Nonetheless

Skin N Swear: Nothing That Sticks Out 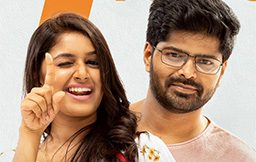 Praveen (Nagabhushana) and Tejaswini (Sanjana Anand) are a newly married couple. The former is a virgin and is looking forward to his first night. He has also immediately planned a honeymoon the next day. What happens on the honeymoon between the couple is what the series is all about?

Nagabhushana and Sanjana Anand are the couples on whom the entire film is centred. They look lovely together. It is one of the key aspects for the premise to be bearable and they do a reasonably good job to make Honeymoon more than ‘bearable’.

The little subtleties related to the character of Praveen are brought out neatly by Nagabhushana. There is no overaction anywhere. The relatability with the ‘character’ via performance is the best part. 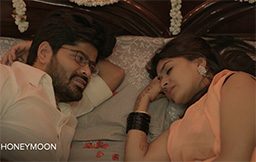 Sanjana Anand has not much to do on the same level. But, it is not a passive part. There are small moments where little changes in body language are enough to make it work. Like the nervousness, when the character of Tejaswini shares about her past. They are done well, by Sanjana. The looks and trendy presentation adds a lot to the character’s appeal, and she carries them well.

Sakkath Studios is the creator and the director team behind Honey Moon. N Tejesh Ganesh and Nagabhushana are creative directors. The story picked is a simple and routine one which brings together the old school and confused guy with a woman of modern sensibilities. It is incredibly relatable to the newly married.

The opening episode sets things in motion with clarity regarding the story and the expectations. The character of the photographer initially catches our attention. It is nothing new, but the way it is done brings a chuckle in our faces. In short, the single episodes and the ‘character’ encapsulate what the entire series is about. 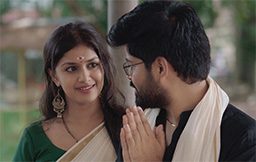 The next few episodes focus on the couple entirely. The journey of the two with minor conflicts and overcoming them is neatly handled with fun and engaging moments. The writing helps in making them work. It is enough to keep the flow going without being too placid or boring.

A few supporting characters are shown in the background. They bring a nice punch whenever they come. As a result despite the significantly less runtime and screen presence, we quickly connect to them like the travel agent friend or the father-in-law. 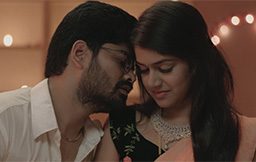 The simple and light-hearted tone is maintained until the end. The chemistry between the lead pair without getting overtly sexual (yet having the tension, and not making it vulgar) is one of the main reason for sticking to the series until the end.

Overall, Honeymoon is a simple and straightforward story that packs a predictable premise with fun and love. The chemistry between the lead pair and the writing does the trick. Give it a try, but have the expectations under check. 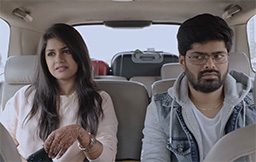 The background score by Vasuki Vaibhav is beautiful. It adds to the pleasant and lovey-dovey feeling as a viewer. A particular bit at the start of the final episode is superb and will stay in our mind. The music director also appears as ‘photographer’ in the movie, which is also hilarious.

The cinematography at the start looks so substandard. Shreesha Kuduvalli does well going further into the narrative. The editing by Pradeep Nayak is decent. The writing, as said before, is acceptable. It is nothing out of the world, but enough to keep the little momentum going all the way until the end.

An Extended Short Kind Of Feeling