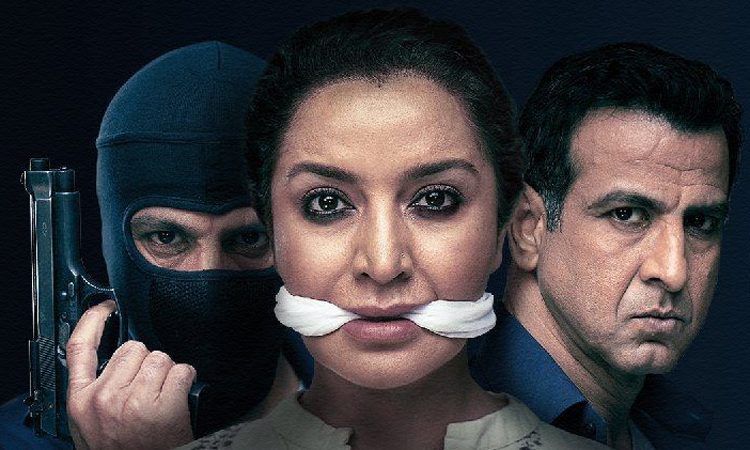 The family of Dr Mira Anand (Tisca Chopra) is held hostage by a group of professionals led by SP Prithvi Singh (Ronit Bose Roy). Mira (Tisca Chopra) must kill the Chief Minister Handa (Dilip Tahil) to save her family. What did she do is what Hostages, is all about? 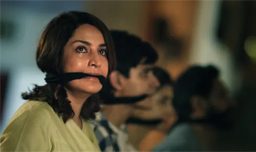 Tisca Chopra as Dr Mira Anand is a perfect casting choice. She looks the part, which is half job done for an experienced artist like her. The other half is taken care of by the actress, making it a believable character.

Mira offers Tisca Chopra to showcase a wide variety of emotions. She portrays all of them subtly without going overboard anywhere. Most of the dramatic moments are reserved when interacting with family members. In the rest of the time, she is in an intense space required for a thriller. She is right on both sides. However, all said and done; still, at the end of the day, it isn’t a memorable part or a role that would be defining her as the mother in Taare Zameen Par.

Sudheer Mishra is a senior when it comes to direction with multiple awards to his name. Hostages mark the digital debut for the director who has been past his prime long ago. Still, he manages to survive, and that is due to his reputation as a hard taskmaster when it comes to extracting performances. That is where Sudheer Mishra succeeds in Hostages.

Direction can be divided into two parts; one is the overall making aspect where each director comes up with a unique making and visual style. The second one is the extraction of performances from the cast. In Hostages, Sudheer Mishra is weaker on the former front and is adequate on the later side.

Now add the right performances to an engaging screenplay, and you have a content that becomes an easy watch. After a point, the technicalities related to the making doesn’t come across as a hindrance, and we go with the flow.

The Hostages’ follows the same paradigm. The first few episodes take time to adjust, due to the making which looks subpar. But the screenplay is gripping, and the performances are engaging, which makes one want to know further about the characters and their action. Once that initial phase of hesitation is passed, it is a smooth ride until the end with minor roadblocks in between.

A couple of tracks involving the characters of Aman, and Shovan looks silly in between. But, luckily, that is only for a brief duration as they get back on track soon. Apart from such brief moments of silliness for each part, the rest is on track for a captivating ride.

The other aspect we mentioned in our earlier impression was the feeling of a rushed narrative. It is that way at the beginning and also towards the end. What’s more, at the final stages, some questions are left unanswered, which seems to be saved to address in a new season, if there is a plan. It leaves us with a little dissatisfaction despite the closure to the main track.

Overall, there are parts, small parts, throughout that do make one want to fast forward the proceedings, for the reasons mentioned above. But, leaving aside those Hostages is a neat thriller to binge watch. The performances and screenplay do the trick.

Hostages has many artists, but each has a well-defined and rounded part. There is a proper closure to each one of them. Ronit Roy stands out among them all. He is the main lead and carries the series along with Tisca Chopra. As SP Prithvi Singh, he stamps his authority, and that can be felt not only to the characters but also to the viewers.

Surya Sharma as the aggressive one in the kidnapper’s gang is superb. He starts off in a hyper fashion and seems irritating initially, but he gradually develops into a show stealer of sorts whenever the ‘boss’ is missing. Aashim Gulati is lovable yet intense when required. Anangsha Biswas starts one note, but it gets better as the series progresses.

Parvin Dabas as helpless and a frustrated father is okay. The former shows in his expressions more than the latter. It evokes the same reaction to us as her wife’s character to him after she comes to know a crucial detail. Sharad Joshi and Malhaar Rathod are alright. The rest playing small bit parts do their jobs effectively. 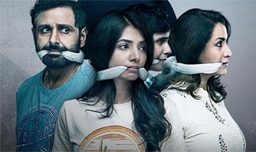 The background score by Karel Antonin feels like a rehash of popular blockbuster themes. Sachin K Krishn’s cinematography is just about alright. Some parts appear blurry, which should be unacceptable at this level. The editing Archit D Rastogi is decent. The writing is another weak link as it operates at a surface level and lacks depth.