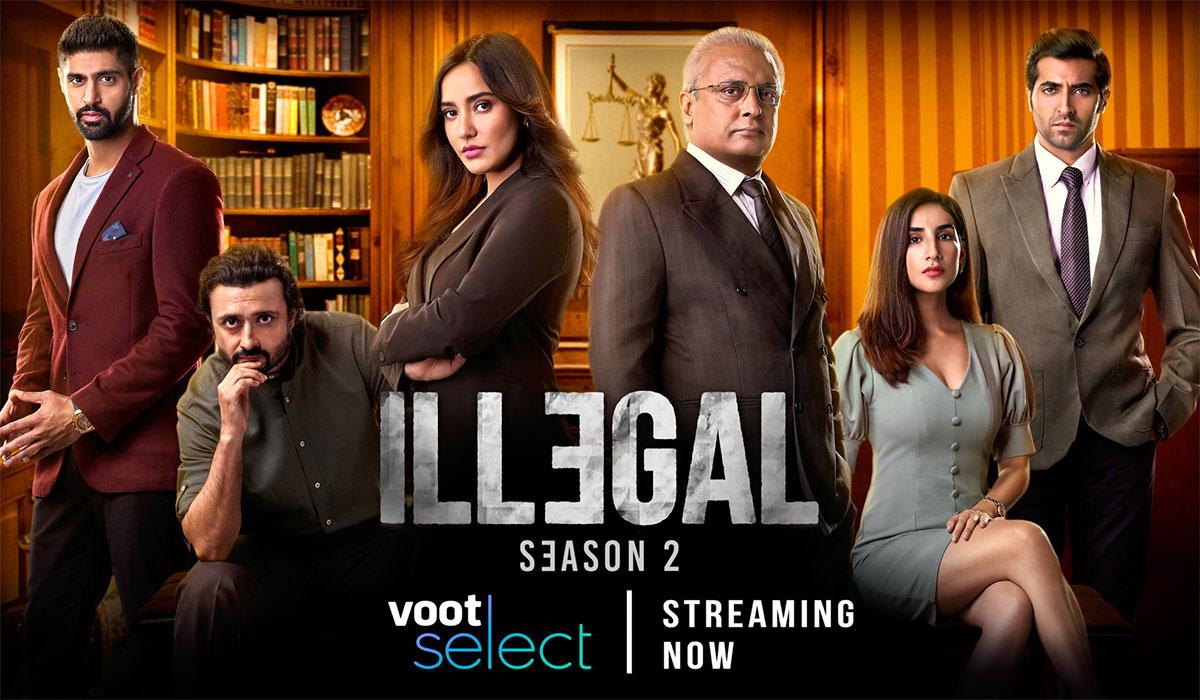 The second season of Illegal focuses on the rise of Niharika Singh (Neha Sharma) independently after moving out from JJ’s firm. She has joined hands with Puneet and assembled a young team to take on the established giant.

How does JJ (Piyush Mishra) create obstacles at every turn for Niharika? Where does her relationship with Akshay lead? Does the new firm of Niharika and Puneet survive the competition is the second season’s core plot.

Neha Sharma, known for glamorous parts, surprised everyone with an earnest act in the first season. It was a game-changer for her. Unfortunately, in the second season, she looks more like a caricature of herself. The intensity and earnestness are missing. It is like a bloated star turn that feels too comfortable in his skin. Barring an emotional breakdown feeling helpless, there is nothing much to talk about Neha Sharma here.

Ashwini Chaudhary directs Illegal Season 2. The first episode is enough to understand the directionlessness of the series the second time.

What worked in the first season was a relatable and focused core (and courtroom drama) on gender dynamics and power politics. The second season lacks cohesiveness and is all over the place. The real issue only kicks in mid-way.

Even leaving aside the core problem, the makers chose too many things to propel the narrative. The online stalker and abusive phenomena, the corporate politics, issues related to the big MNC’s, Webpal, the banks – everything is thrown at the wall to see what sticks. It is as if the writer’s desk picked all the latest controversial topics from the headlines and put them all together.

The whole thing makes for a messy narrative. A glimpse of that was visible towards the end of the first season when the many subplots took over the core rape drama. Here, there is no such thing to hold things together, well, at least for the first half of the series.

When we reach the mid-point, and battle lines are drawn clearly between JJ’s political aspiration and Niharika’s growth, some semblance of a cohesive narrative is found. But, even then, the different subplots pull it part are frequent intervals.

What makes matters worse is the banal writing and kitschy romance. The combination makes the whole thing look dumb and superficial. The grittiness (in parts) of the first season is missing. The characters, too, look very different, and they miss the same impact.

After the decent mid-season block, the ending is again rushed and all over the place. The issue now is the setting up of different tracks for the third season. The extension of various threads adds to the frustration.

Overall, Illegal Season 2 is a typical upgraded sequel that totally loses the essence of the original. There is style but no engaging content. We have seen many series suffer from the second part curse, and Illegal 2 is another addition to that list.

The key cast of the first part is repeated in the second season as well. Everyone’s role is extended than what we saw previously. Piyush Mishra is delightful as always but becomes one dimensional after a point. The extreme power given to his character and the way it’s written leads to the feeling.

Akshay Oberoi starts weakly but gets better as the narrative progresses. He has a good screen presence and is apt for the role. But, for the most part, he remains clueless due to the weak writing. Tanuj Virwani is a welcome addition but is relegated to the background most of the time. Satyadeep Misra makes one wonder if he is the same person we saw in the first season. His is the most severely underdeveloped and clichéd part. The rest of the cast is alright in their minor roles.

The background score is okay, although nothing particularly remarkable or memorable. It serves the purpose. The cinematography by Santosh Thundiyil gives a gaudy vibe to the whole proceedings. The editing by Hemanthh Kumar could have been better. Some parts look sloppy and messy. The writing is unbelievably corny.