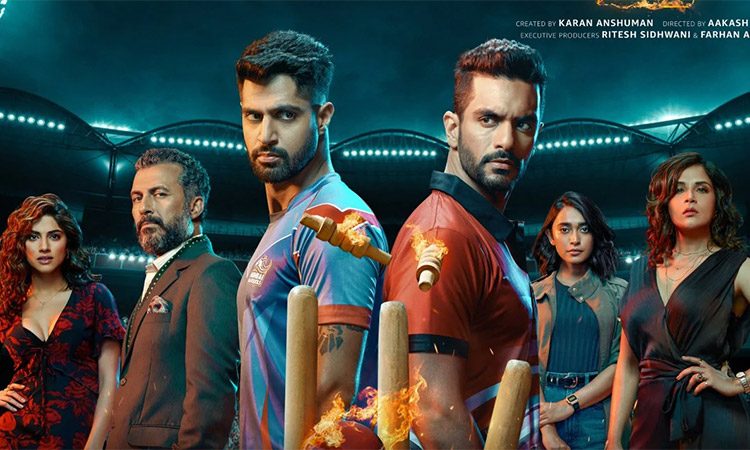 BOTTOM LINE: Bigger But Not Better

Bhaisahab aka Yashwant Patil is finally revealed and the second season is basically about him managing to get over the fence through difficult circumstances. However, it’s not the only track, there are multiple, and another essential plot is the return of Aravind from sabbatical on a personal quest. The sub-threads involving Vayu and Zarine further complete the multi-plotted story. 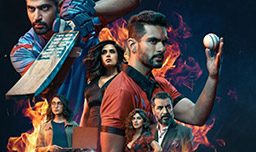 Angad Bedi playing Aravind Vashishth is the righteous hero at the centre of a storm. He goes about his work, unaware of the complete circumstances around him. Angad Bedi plays the character neatly in a less dramatic fashion compared to everyone else. It makes him silently fade out among the ensemble crowd, after a point, as the rest are operating a different pitch altogether.

The character also is not developed to its full potential. It reflects in the acting which appears one-dimensional after a point. It is like that way until the end. The story makes him register as a character in the narrative, but he doesn’t have that impact as a performer.

Tanuj Virwani is the parallel lead in this saga. He is not just the opposite of Angad Bedi character-wise, but also as a performer. He is more spontaneous and lively. The role makes it easy for him to register, but he also helps the cause with his act. The problem here is that in the second season he lacks the freshness and impact of the first one. The writing doesn’t provide anything special for Tanuj to create anything memorable.

Three names, Nishesh Goyal, Karan Anshuman, and Gurmeet Singh is credited with direction. They are the same set as the first, and since they know the world of Inside Edge inside out, they go about the proceedings with clinical precision.

The first thing that stands out is that despite the presence of so many actors and plots and sub-plots, the directors have managed to keep the narrative singular as much as possible. There is no multiple digression in unnecessary directions or losing track of the narrative due to cramping of so much stuff. It is another thing that they are contrived and silly at mainly.

For a series based on cricket, the effort made to present the ‘actual cricket’ authentically is commendable. It does look tacky at times, but overall the job is done well in that aspect.

Another critical thing to understand here is the overall tone the makers went for is a soap opera style. The whole narrative is done in over the top fashion with lots of over-action and dialogue. Inside Edge basically runs like a masala movie but in a series format.

Unfortunately, what we get in Inside Edge 2 is not the engaging masala. It is the bloated, tacky version of masala movies that is slightly toned down. The core emotions and actions are handled theatrically with realism and ‘sometimes’ logic thrown out of the window.

If the first season focuses on the rookie pacer knowing the harsh realities of cricket at the top level, the second season is about an icon realising how rotten the system is behind all love and appeal for the game. It is unfortunately diluted with a regular revenge drama/underdog story to get to the final point.

It then brings us to the narrative, which holds to surprises at all. Everything that is shown, barring parts of technical analysis on cricketers, is known to everyone who follows cricket. All the sensational stories that are available in the media are used to take the proceedings forward. The twists are therefore easily known from a mile away. All one needs to do is put two and two together as to which real-life incidents and people are stitched together to create those parts.

The predictable narrative in turns highlights the formula at work and brings the efforts several notches down. The makers did say that the reality is too dark to be portrayed on screen, and that is the biggest undoing of Inside Edge 2. If not entirely at least, a small portion of that darkness would have provided the much needed radical element to the narrative.

Overall, Inside Edge Season 2 is mounted on a bigger scale, but it lacks the ‘freshness’ of the first season. It is like a predictable masala movie outing where all the artists have put an earnest effort, but the final output looks jaded. If you are a cricket lover but are a novice when it comes to its working and behind the scenes, give Inside Edge 2 a try. If not just skim through it as you might have fun identifying the real incidents. 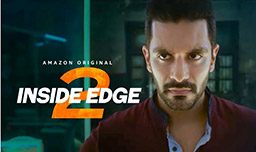 There is a massive technical team behind the execution of Inside Edge. They have done excellent work across the board. The music and cinematography are fantastic and add to the overall grand feel. In sports-based films related to cricket, Inside Edge so far is the best execution. Yes, there is fake-ness at many places, but considering the large canvas it has depicted, the visual glares are less distracting. The writing is cheesy and silly at many times. It also adds to the overall predictable feeling.