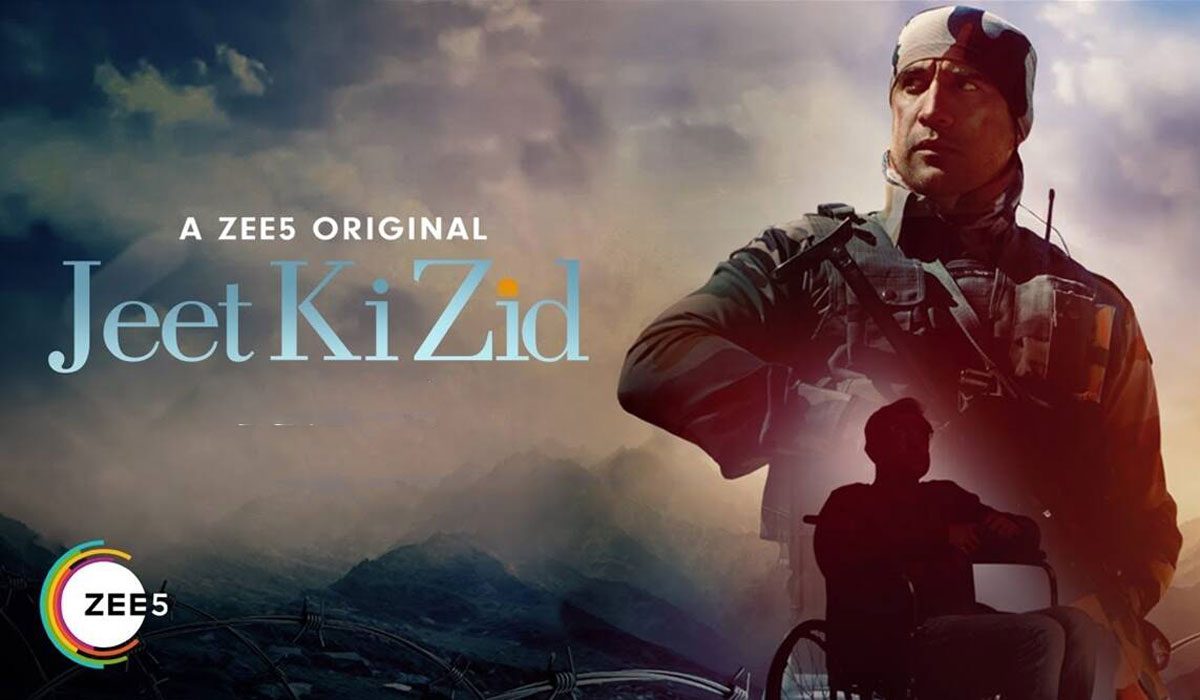 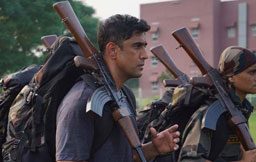 Deep Singh Sengar is like any another happy 10-year-old boy from a middle-class family, content in his world. He is in awe of his elder brother and the siblings often seem inseparable until a holiday in Jammu and Kashmir spells doom for the entire family. The elder son is dead in a terrorist attack, leaving a huge void in the Sengar household.

This dark chapter motivates Deep to join the Army (and the Security Forces in particular), a journey that, he soon realises, is far from easy. His limits are tested – the training regimen even seems cruel at times but there’s nothing that could come between Deep and his dream. The 1999 Kargil war is all set to invite a new twist in his life – an incident that transforms Deep into a pale shadow of his past.

Amit Sadh is the sole reason you should watch this show. There’s never been an actor from this generation who has looked the part of an army man with a similar amount of conviction. The actor makes excellent use of the well-etched role based on a real-life personality and gives it his heart, sweat, blood and soul. 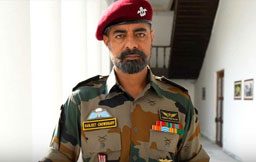 Sushant Singh’s portrayal of a cold-hearted Col. Ranjeet Chaudhary is equally credible, for he wins the empathy of the viewer despite all his notoriousness. Amrita Puri as the dutiful wife enacts her part with a sincerity that’s hard to ignore. It’s a delight to watch Mrinal Kulkarni, although she’s reduced to the role of a stereotypical mother. Paritosh Sand, Preet Karan Phawa, Gagan Randhawa, Aly Goni are passable in their brief roles.

The timing couldn’t have been more perfect for a biopic on an Indian army officer, days before the patriotic fervour runs high on January 26. The show, though, is less about invoking the patriotic spirit and more about the unshakable resolve of a temperamental man who rises to the occasion when the chips are down. Jeet Ki Zid is about a serviceman’s victory beyond the battlefield – a triumph in a battle that is largely psychological.

What would a wheelchair-bound army officer make of his life after when rendered physically unfit to discharge his duties? Just when the former army man starts life on a new slate and makes great progress in the corporate world, a sense of insecurity envelops him and eats him up. How would this chapter affect his loved ones? This is a biopic of immense inspirational value without a doubt – but what it also exposes is the several areas of grey in the life of serviceman. It leads you towards those dark corners in the minds of the war heroes you’re rarely exposed to.

It’s a shame that Jeet Ki Zid doesn’t utilise the potential of its material fully. The filmmaking in the first few episodes is extremely bland and is structured more like a documentary on life at the Indian Military Academy. The show barely holds any dramatic interest as it switches back and forth between the childhood of the protagonist and his gruelling army training stint. The unconvincing backstory that motivates Deep to join the army is a tiresome Yaadon Ki Baarat-kind cliché you would want to bury for good. 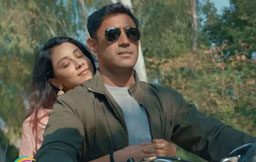 The focus later shifts to Deep’s life as a security forces officer. Moments that wouldn’t have lasted beyond a series of montage shots in a feature film are stretched into painfully long, repetitive episodes that hardly take the story forward. The postcard-era romance between Deep and his girlfriend-turned-wife Jaya is another snooze fest. If not for Amit Sadh’s lion-hearted effort to lend some personality to the portrayal of the problematic protagonist, there’s every chance that a viewer may give up hope on the show midway.

Good things come to those who wait – is a quote that works perfectly in the context of the show. The crux of the story begins in the fourth episode. You get to see the human side to the protagonist who’s coming to terms with post-traumatic stress disorder – his mood swings, insecurities and his abhorrence of sympathy. The episodes interestingly make you root for Deep’s wife for all her tolerance – helping her husband clear his MBA exams, dealing with his insecurities in the corporate space and standing by him through a series of hellish experiences. The show ends on a high note with the former serviceman battling all odds – physically and mentally transforming himself, free from the clutches of a wheelchair and grateful for what life has given to him.

Despite the potent drama, Jeet Ki Zid doesn’t accomplish even half of what it should have, thanks to the tiresome narrative. A lot of time is wasted on episodes that don’t add any meaning to the story. The storytelling is all-too-literal and bereft of imagination. Veteran filmmaker J P Dutta’s war dramas may not hold up well for the times, but they had an undeniable human element and sentiment beyond the army backdrop which is missing here. Jeet Ki Zid may score well in terms of technical grandeur and scale but lacks soul. 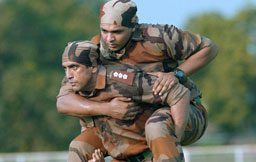 Diptarka Bose’s rousing title track does a good job of mirroring the intensity of the protagonist, but the all-too-loud background score may have worked better if it were underplayed. The repetitive use of stock footage is a deterrent to the viewing experience. Yet, the cinematographer Akhilesh Shrivastava films the battleground sequences with a delectable visual flourish. Jeet Ki Zid is nothing short of a visual delight with the diverse backdrops it’s shot amidst. The writing, though, is too old fashioned and dull to sustain your interest in the show. The editing is all over the place; the narrative switches between too many timelines and doesn’t quite create the emotional impact it anticipates to.

A story certainly worthy of a biopic

Overdose of the chest-thumping nationalism

Yes, if a viewer is patient enough to get past the third episode