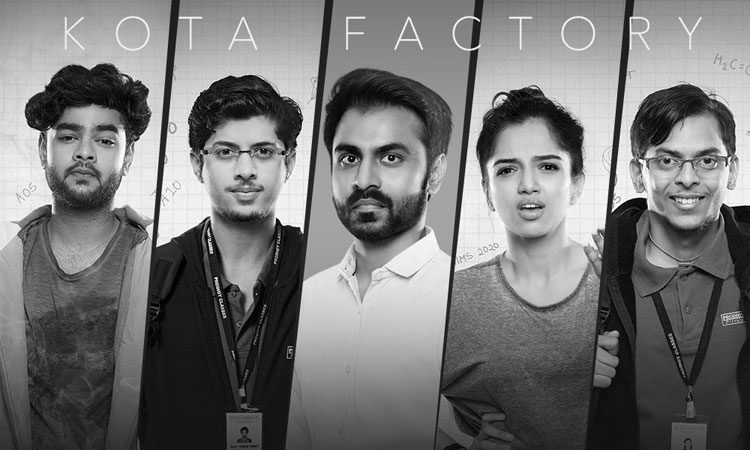 Kota is a coaching hub for the IIT aspirants. How the life of a boy, Vaibhav (Mayur More) changes and evolves when he comes to Kota to the study, is what the series is all about? 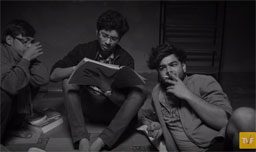 Mayur More is the central protagonist through which the journey of Kota Factory is tracked. The actor is a natural for the part expressing all the frustration and confusion well in equal parts. It starts calmly in the beginning, but as the show progresses, the character and performances grow in confidence.

The various emotions revolving around student life at Kota is well portrayed without losing the essence of a lead actor. The indecisiveness in talk early on or the awkward in romance, later on, Mayur More gets it right. The long rant on Inorganic Chemistry deserves a special mention which ties to the frustration mentioned above. However, despite being the lead, he doesn’t totally steal the spotlight. It is useful in this case.

The story of Kota Factory is simple and highly predictable if one is aware of the grind that students go through in India. It will be even more apparent to those aware of Kota. What this means is the director Raghav Subbu has his task cut out. But, the good news is that he passes with flying colours.

The brilliant writing and acting (with fabulous casting for each part that is as stereotyped as they come) is half job done for Raghav Subbu, and he completes the rest by coming up with an engaging narrative getting the mix right. For example, the pace is languid, and we know how a particular character would behave due to the cliché involved, but, the proceedings keep one hooked out and out along with generating rare warmth for the characters.

The pace is an issue, to begin with, in the opening episode. The writing shows its impact from the first scene itself, but the predictable aspect of the story and pacing combine to give a feeling of restlessness. However, by the end, with an inspirational talk by a teacher (Jeetu Bhaiya), the feelings turn upside down. Everything that might have given scope for doubts is all removed at one go.

By the time we get into half of the second episode, a bond starts to grow not just among the characters on screen, but also with the viewers. It is a difficult task to achieve, and once that is done, the rest of the ride appears smooth and engaging irrespective of bumps that surface now and then. 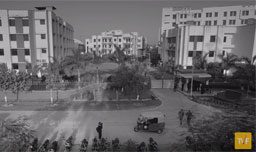 The writing and depth in the characterisation specific to the age and the location, in the education backdrop is the ultimate winner. The characters are etched with great clarity, and they come alive on screen with fantastic casting. Similarly, the writing is steeped in the world of education, true to the theme with technical jargon, but they don’t come across as boring ever. It has that quality of getting the message across in a sweet and inspirational way without being too dull. The bleakness of the atmosphere doesn’t show in writing. There are only necessary hints.

By the time, the series is concluded, one feels like they are part of characters with all their clichés in place, and in Kota, which is a triumph of the creators. Many dialogues stay with us and give a genuine sense of motivation. All the while, an earthy tone is maintained which gives Kota Factory, a distinct Indian appeal and doesn’t look like aping something western.

Do yourself a favour and watch Kota Factory as soon as possible. It has its heart in the right place, and that connects.

Ranjan Raj and Alam Khan acting as the roommates of Vaibhav (Mayur More) are terrific. The former primarily will be remembered for a long time for his sweet and innocent charm. He wins you over as the episodes progress and at a point overtakes the lead with his earnestness. The latter gets to make a mark towards the end, and he delivers. Jitendra Kumar as Jeetu Bhaiya will be a memorable character for a long time to come among the student’s community who watch the series. Everyone will definitely want to have a teacher-mentor like him.

Ahsaah Channa, Urvi Singh and Revathi Pillai are the female characters that appear at different points. They all play their parts perfectly and add to the wholesomeness of the series. Arun Kumar is impressive as the owner of the institute who manages the students and faculty. The rest of the parts are small, like the different teachers who come and go or the PG owner and others.

Simran Hora and Karthik Rao give music that is adequate to the proceedings. It helps in creating a specific mood successfully. The upliftment and sunny parts are well done. The entire series has been shot in black and white to represent the state and situation of the students at Kota. It works fine. The editing by Gaurav Gopal Jha is neat. The narrative is crisp despite its slow pace. The writing team Sandeep Jain, Abhishek Yadav, and Himanshu Chauhan deserves all the credits and accolades for the success of Kota Factory.