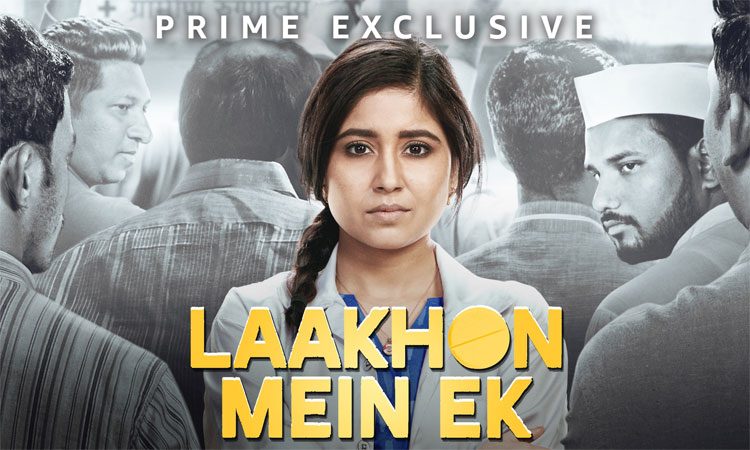 A young, forthright medico Dr. Shreya Pathare is entrusted with the responsibility to organise a cataract camp in a small town Sitlapur. It isn’t exactly a welcoming atmosphere for the doctor who needs to fight a corrupt system, a stubborn rural lot that isn’t in favour of medical treatment to help their cause. However, a series of incidents where Shreya proves her sincere intent, helps her win the trust of the villagers. Just when everything seems to be falling in place, a pharmaceutical crisis within government hospitals owing to a political blame-game brings back the situation to square one. Shreya’s accountability is firmly tested here. How will Shreya fight her inner demons, the people around her and the system?

Masaan fame actress Shweta Tripathi, who’s fast establishing herself in the digital space with her presence in Made in Heaven, Mirzapur, TVF Tripling, further cements her authority as a credible performer in Laakhon Mein Ek’s second season. She is extremely convincing in her portrayal of a doctor who’s stuck between her moralistic stance and the compromising system. Be it the character’s vulnerability, her accountability, she brings forward the various dimensions of her character with good poise. 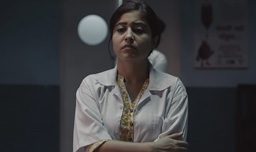 While most of the performances by the actors are credible, the series significantly relies on Shweta’s screen presence to romp home. Another actor who comes close to warranting your attention is Sandeep Mehta, in the shoes of Dr Patwardhan, a medical superior to the protagonist. The writing of the character is layered enough to elicit a strong act from the seasoned performer.

Abhishek Sengupta, also the director of Laakhon Mein Ek’s first season, chooses a medical backdrop for the second season of the series, that makes for a gripping watch, more so for its nuanced narration. The director showcases his mettle in establishing a gamut of characters within the medical arena; the doctors, the nurses, the people involved in the medicine supply chain and the political setup. The measured treatment does a lot of good in uplifting the impact of the series.

The storyteller avoids a black and white portrayal of the identities of the characters and instead lets the viewer decide between right and wrong. The complexities of the system, the power structure, and irregularities involved in organising a medical camp in rural areas are elaborated in captivating detail. The research by the writing team is the icing on the cake and the director makes good use of his capable cast and crew to deliver an engaging series that hits the right notes for the most parts. 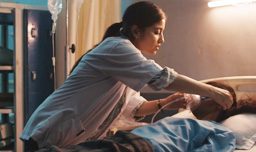 However, his depiction of the governmental hierarchy as an aspect of society that’s beyond repair is a case of taking things too far. The director also to repeat himself as the series draws to a close. Meanwhile, the title Laakhon Mein Ek too doesn’t fit the bill despite the best efforts to depict the protagonist Shreya as an accountable doctor. And you don’t have many factors in the story that connects it to the first season, which makes the justification as a sequel quite off-key.

More often than not, pitch-perfect casting helps a spectator comfortably forget the problems associated with the content and this works in favour of Laakhon Mein Ek. The actors suit their respective parts and it’s natural that the casting decisions translate into good performances. Pravina Deshpande, in her nuanced, restrained portrayal of Dr. Madhavi, finally gets a role she sinks her teeth into and her sequences with Shweta Tripathi towards the final episodes are a delight to watch. Abhay Kulkarni and Rupesh Tillu get to shine in brief parts.

The sound design and the background score work well in presenting the atmospherics of the series, though this isn’t a series you’d remember for its music. Hussain Haidry, Biswa Kalyan Rath and Abhishek Sengupta share screen-writing credits for the series; while their efforts in ensuring authenticity to the healthcare sector are quite appreciable, the writers ought to have worked better in coming up with a cohesive/concrete storyline. Television series comes with several limitations with the backdrop, but that’s no excuse to make it feel obvious and create content that is visually repetitive. Better focus on visual elements could have certainly helped in adding more bite to the viewing experience.