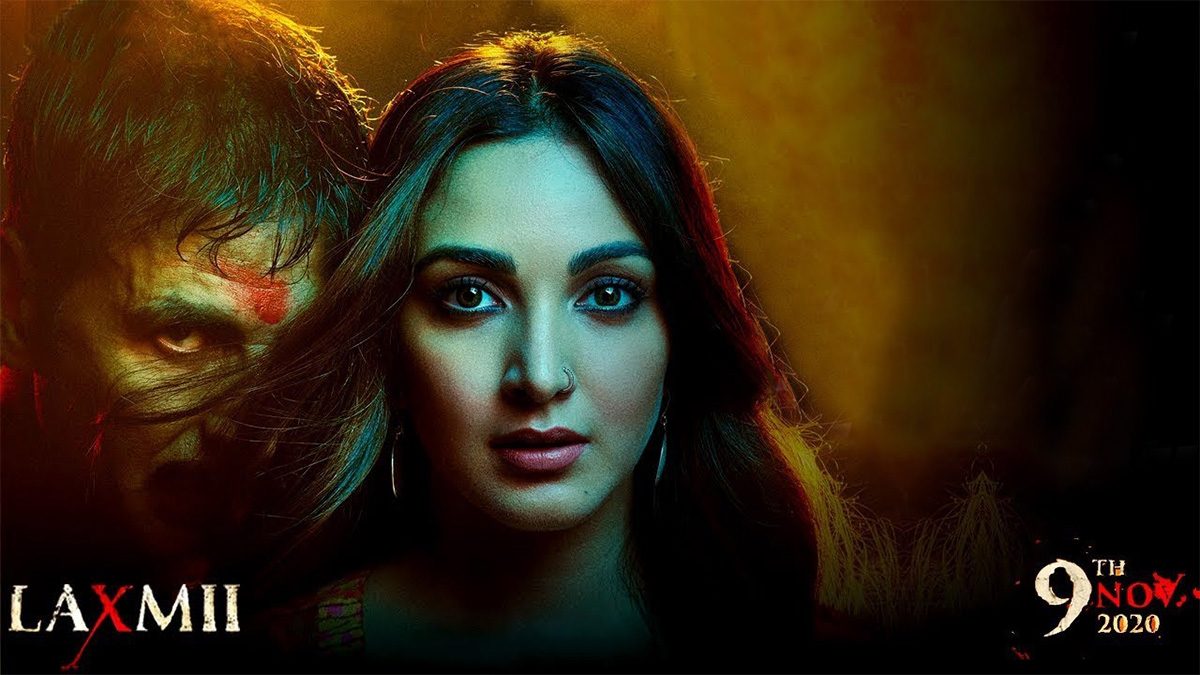 BOTTOM LINE: Akshay Kumar As Laxmii Is The Saving Grace Of This Middling Film

Disney Plus Hotstar‘s latest direct to digital release ‘Laxmii’ is the official remake of the 2011 Tamil hit, Kanchana. Laxmii is produced by Akshay Kumar’s Cape Of Good Films, Tusshar Kapoor, Shabinaa Khan and Fox Studios. Raghav Lawrence, has written and directed Laxmii. He was also the writer-director and star of Kanchana.

Laxmii is a revenge drama in the garb of a horror comedy. Asif (Akshay Kumar) and Rashmi (Kiara Advani) are estranged from Rashmi’s parents (Rajesh Sharma and Ayesha Raza), as theirs was an inter-faith marriage. However, there’s hope that the parents will finally accept the young couple. As Asif settles into his in-laws’ place, he is possessed by the spirit of a transgender Laxmii (Sharad Kelkar), whose body is buried in an abandoned ground near their home. Laxmii’s ghost is thirsty for revenge from the people who’ve wronged her, and Asif is her medium to accomplish her revenge. 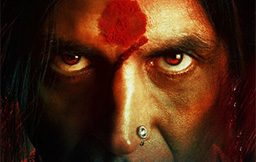 Laxmii showcases the chameleon-esque transformative skills of Akshay Kumar brilliantly. The actor is terrific as the transgender Laxmii, especially in the last quarter of the movie. Though his Asif turn is quite ordinary, he is arresting in the role of a vengeful transgender ghost.

Sharad Kelkar is the surprise element of the film. The makers were careful to not let a single glimpse of the actor as the real Laxmii get leaked in the media. And the ploy worked. The brief role of the hunky actor as Laxmii is memorable. It persists in your mind’s eye for quite some time after.

Kiara Advani is average as Rashmi. She has nothing much to do anyway. It is out and out Akshay Kumar’s show. The ensemble cast of Ayesha Raza, Rajesh Sharma, Manu Rishi Chadha and Ashwini Kalsekar lends commendable support.

Tarun Arora and Prachi Shah are disappointing as the villains, but for no fault of theirs. The characters are one-dimensional and poorly etched out, with hardly anything sinister about the pair to qualify them as primary antagonists. 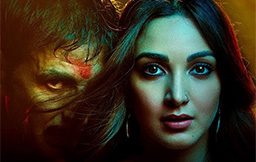 Before Covid-19 struck, Laxmii (then named Laxmmi Bomb) was easily one of the most keenly awaited movies. There was massive hype surrounding the movie on social media. When news of the film going straight to digital arrived, there was an uproar on Twitter, with fans requesting only a theatrical release for Laxmii.

But alas! As little as ten minutes into the movie, we find our expectations smashed to smithereens. For Laxmii is hardly the dazzling spectacle of cinema everyone had hoped it to be. It is, instead, a haphazardly put together, poorly-conceived letdown of a movie – the brand ambassador of sorry cinema, in plain speak.

The damp squib of a story is nonsensical; and the direction, sloppy. The lousy humour and humdrum drama do nothing to uplift the narrative. The Hindu – Muslim angle is quite irritating, to put it bluntly; and just not needed. It has obviously been added to ruffle feathers. Instead, the writers would have done better to focus on getting the nuances of the world of transgenders right. It is laughably out of touch with reality in its present state.

The same goes for the horror aspect of the movie. The director relies on done-to-death tropes in the hopes of terrifying us — but fails miserably. Flickering lights, weeping sounds, self-rocking horses, rolling thunder, sudden lightning – the list of tropes Raghav Lawrence deploys is endless; and downright dreary.

Laxmii soon sinks into the grave of absurdity faster than the Titanic sank into its watery grave. After which, it never gets a chance to redeem itself. Everything worth watching in the movie is crammed into the last half an hour. Or maybe it seems worth watching because the inane humour is finally out of the way. And thank goodness for that! We’ve never seen more lousy humour in this decade. The comedy seems as if it’s been plucked out of a B-grade eighties’ film. In fact, the entire plot seems tediously dated. 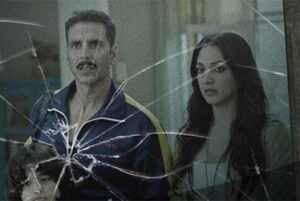 Kanchana, the Tamil Original, was made in 2011. We are in 2020, for heaven’s sake. Why Bollywood needs to remake old, decidedly average regional films is beyond our understanding. It’s time our filmmakers placed their trust in the creative skills of the scores of talented aspiring screenwriters knocking at their doors, instead of remaking films – both regional and foreign – left, right and centre.

The last half an hour, as we mentioned before, is the best part of the movie. Akshay Kumar is in his element as Laxmii. He is electrifying enough to snap us out of despondency. But it is thirty minutes that come too late – we are bored out of our wits by the time the climax comes around.

All said and done, Laxmii is a travesty we could definitely do without. 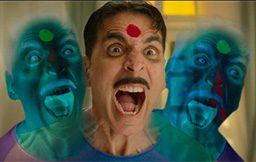 The musical score of Laxmii is average. All the songs have been written and set to music by different composers. But none of the songs has the sticking quality. The background score by

Amar Mohile is way better, though not quite innovative. Vetri Palanisamy and Kush Chhabria’s cinematography, and Rajesh G. Pandey’s editing are above average. 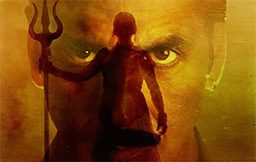