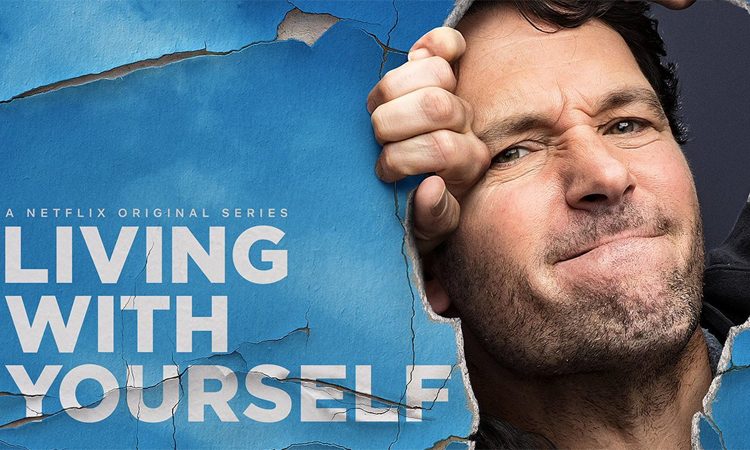 A tired and burnt out Miles Elliot (Paul Rudd) is unhappy with his life and work. On the suggestion of a colleague, he visits a spa. It is supposed to rejuvenate the body, physically and mentally. However, in reality, a clone is created.

The clone Miles is better than real Miles in all aspects. How the presence of a better self in all areas, affect the life of Miles at work and his relationship with wife Kate (Aisling Bae)? What happens in the end in the life of real and clone Miles (Paul Rudd) is what the series is all about? 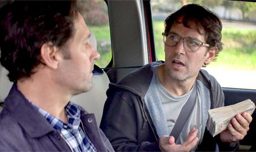 Paul Rudd is terrific playing a double role with a twist. It offers him scope to show variations without being too obvious. The changes in the characters of the two parts are subtle and well detailed. All of that without losing his usual charming nervous energy filled straight-faced comedy intact.

The progression of the two Miles characters is shown adequately by Paul Rudd. The way it all leads to the climax moments is neatly done, conveying the underlying pain and emotion. The initial switch from happiness to the sadness of clone Miles on knowing the reality and later the frustration at the reaction of Kate at the critical moment shows the dramatic arc of the actor without going the loud way.

The climax involving the two Miles stand out. It makes one understand the plight within the mind-set of the clone well. The sadness and helplessness reach the audience due to the acting. If only the series had more of those moments and depth.

Living With Yourself is created and written by Timothy Greenberg. Jonathan Dayton and Valerie Faris handle the direction. Together they have helped in setting up an engaging premise with believable setup and emotions. But is that enough?

If you have seen the trailer before beginning the show, the chances are high that it would be impossible to connect to Living With Yourself immediately. The opening is alright, but the way the rest of the proceedings take place, we feel no interest in the narrative. It appears dull, much like how the character of Miles looks at his life.

It is after we get past the first one, and are into the middle of the second that, some interest is generated. Also, the screenplay technique employed feels effective the first time around.

The mid-segment comprising of a few episodes exploring the various angles of different Miles and Kates is decent. It takes a look at the backstory and the way the relationship has deteriorated between the husband and wife engagingly. The idea that a better version is available to choose future enhances the appeal of these parts, which otherwise would be a high predictable fare.

The choices made and the repercussions during the penultimate episodes and before generate a momentum. But the other subplot involving the work and a suspense element is a downer. It doesn’t help build a consistent narrative. By this time the screenplay choice also comes across as repetitive.

The climax again works in parts. The emotional ending is alright, but a lot of time is wasted to reach to that point.

In general, Living With Yourself feels like an expanded tale of the two-decades-old Tamil movie, Vaali, with a sci-fi tweak. Here, the three characters are explored to a degree and generally speaking the feel is kept at lightweight entertainment level.

Overall, Living With Yourself has an exciting premise. Charismatic leads to play pivotal characters. But, the repetitive screenplay and bland portions make it engaging on in parts. Give it a try, but a lot can be skipped easily.

A large portion of the acting is taken care of by Paul Rudd as plays a double role. Aisling Bea is the only other vital character. She is put aside initially, but her character gains momentum from the middle of the series, and it gets better and stronger towards the end.

Aisling Bea has doe decently. Most of the work is done with her charming presence and dialogue delivery. In the key moments like the hotel sequence before the end, and the flashback involving the marriage, she expresses the vulnerability and insecurities of the character well. It is those moments which make the narrative tick.

The rest of the actors belonging to the workplace, family and others have a minimal scope. They are given a scene or two at best to make an impression but have nothing to follow up. It is another aspect where the series fails in providing a satisfying experience. 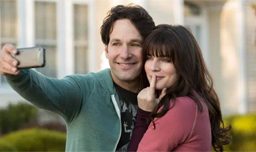 The music by Anna Meredith is unique and adds freshness to the proceedings. The sound helps in making the series stand out. The cinematography by Darren Lew is alright. The editing could have been better. A smooth flow is emotions are missing from time to time. The writing by Timothy Greenberg is fine.