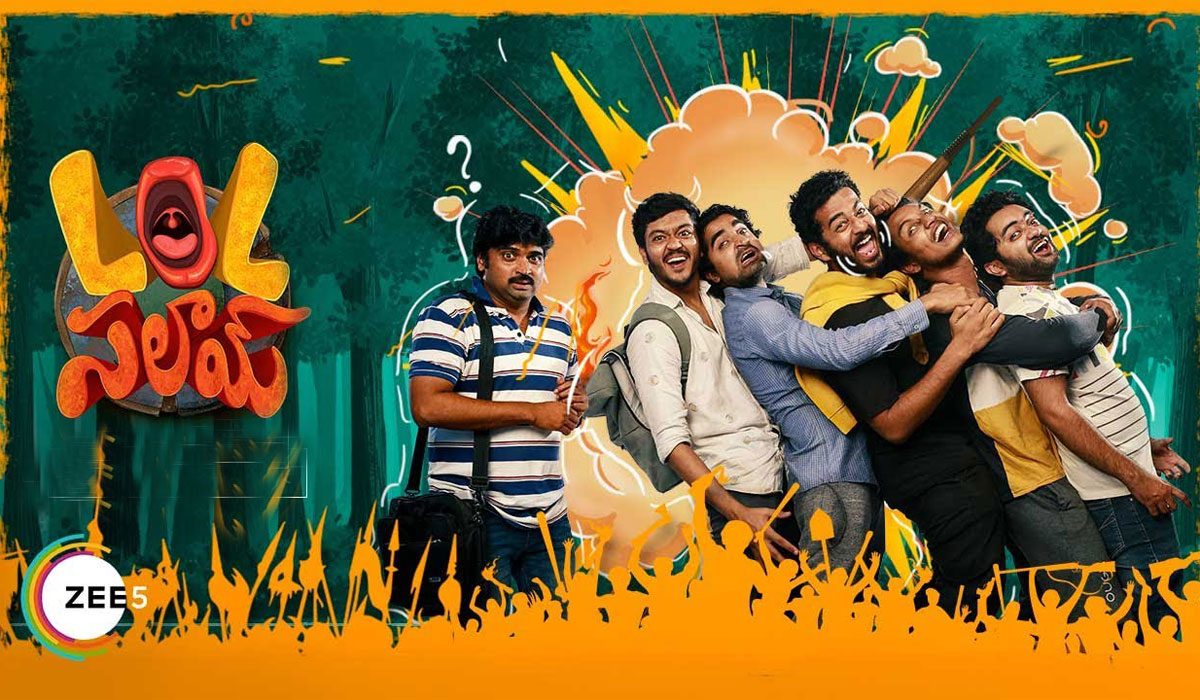 BOTTOM LINE: A Black Comedy That Delivers In Parts

John (Bharadwaj), Naidu (Darahas Maturu), Reddy (Kivish Kautilya), Varma (Rohit Krishna Varma), and Khan (Srinivas Rami Reddy) are five friends who are roommates. They have a senior guy ‘Babai’ (Alluri Pavan Kumar) as friend. Each one of them has a quirk and backstory to speak off. One day they decide to take a break from their mundane life and go on a trip. Instead of going to well-known destinations, they choose to go to virgin locations.

Lol Salaam takes off when one of the gang’s key members puts a foot on a landmine in the forest. It is a detour they take after their car breaks down. What happens next? Did Reddy get saved by their friends, and if he did, how it happens is the film’s basic story. 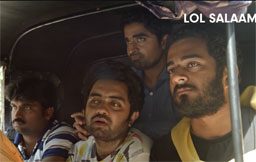 All the five guys and their senior friend are well cast. Bharadwaj, Darahas, Kavish, Rohit Krishna, Srinivas Rami Reddy) and Alluri Pavan Kumar form a riotous team. The punches delivered individually based on their quirks (using natural cuss words filled language) is the biggest USP of the series. If it doesn’t click (everyone progressively overacts, shouts), there is no way the series will appeal to the individual.

Harshavardhan is wasted. Padmini Settam is alright in the few portions she is present. Vasu Inturi overdoes his part but manages to be hilarious, still, in bits. The rest of the cast don’t have much to do even though a lot is happening.

Naani Bandreddi directs Lol Salaam. It is a series made on a wafer-thin storyline. However, the director manages to keep things exciting with the writing and the ‘collective’ timing of the actors.

In the first episode itself, we have clarity on the whole. There is very little in it story-wise. Still, one is engaged in the narrative primarily because of the writing and the timing. The five guys play off each other superbly, and the punches are quick and fast without any drag.

The comedy is utterly silly, no doubt, but the actors make it work. The way it’s executed in a trendy (urban realism) way deserves special mention. However, some parts fail due to this issue. More on it later, though.

A key thing to note and observe here is the usage of ‘cuss works’. There are plenty, but they never feel nauseating or repulsive like most of the use in Telugu OTT shows and movies. They feel very organic and give a natural, free-flowing feeling. Yes, it is overdone at times, but it is a different issue than what we feel usually. The director deserves a lot of credit for it (along with the actors). 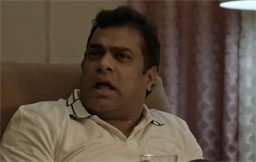 Once the writing and casting is set, what Lol Salaam needed was a solid, engaging plot. Unfortunately, it doesn’t have that. Alternatively, it could have taken irreverent humour to the next level and blended ‘social’ elements well to give a taste of proper black comedy. Even on this score, Lol Salaam fails.

The entire system (police, politician, natives, and naxals) is used as part of the narrative. It is a good idea and gives tremendous scope to leave a strong impact. But it doesn’t work.

A part of the idea works when they are dealt with through individual characters. However, the resolution when they all come together is chaotic and messy. It should have been infinitely better. The profanity-laden comedy, too, feels very repetitive by that time.

Overall, Lol Salaam begins well but flounders an excellent opportunity to deliver a cult black comedy. Yes, it is challenging to execute, but the hard work is visible for the take-off. If only it had actually taken off. Give Lol Salaam a try if you want to see silly and irreverently funny comic strip narrative. Otherwise, stay away as it might not be your cup of tea. 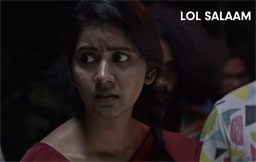 The music by Ajay Arasada is acceptable for the terrain. Overall, it adds to the impact, although it loses track in the cacophony towards the end. The cinematography by Rakesh S Narayan is a mixed bag. For a small production, it is decent in parts. But, there are also segments where it is highly amateurish. The frames are poorly placed, with the heads not visible at times when the dialogues are uttered. Things like these are basic, and that is not taken care of. The editing by Venkata Krishna Chikkala is decent. There is a slick and crisp quality to it. The writing is decent through considering the idea and characters.

Yes, For The Most Parts