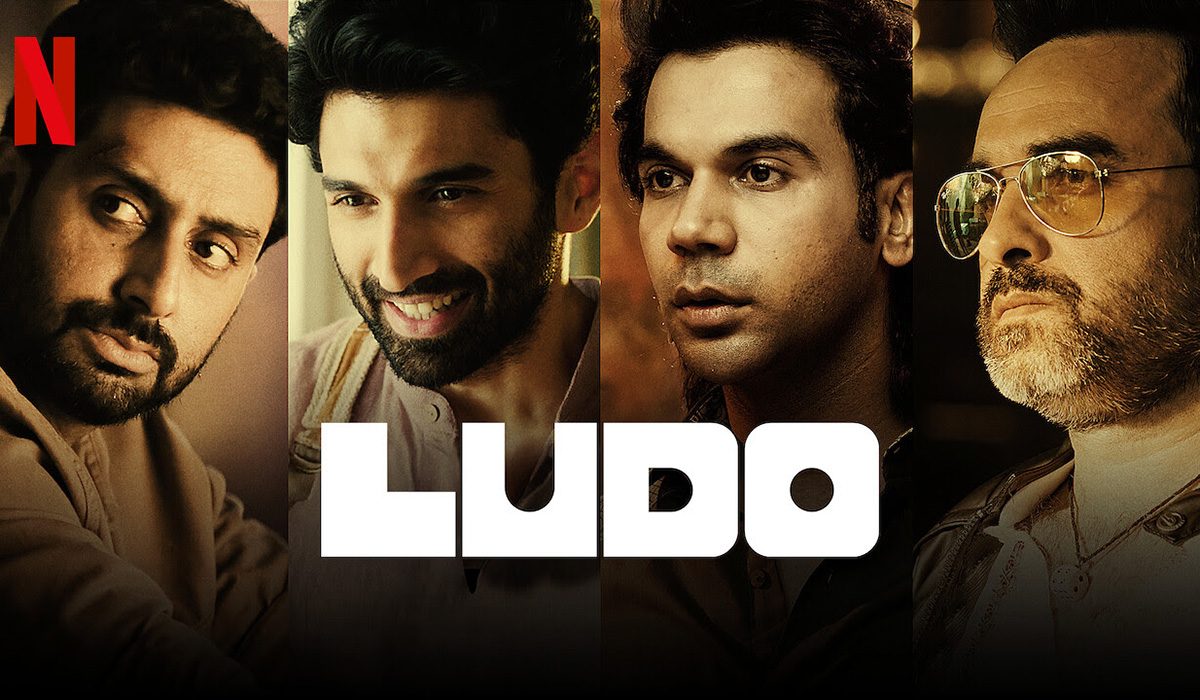 Skin N Swear: A few expletives here and there; a bare butt

Netflix‘s latest straight to digital offering ‘Ludo’ is writer-director Anurag Basu’s attempt at leveraging ‘The butterfly effect’ in his sprawling film – the theory that one small event triggers a cascade of interconnected happenings.

The event that kicks off the chain of events in Ludo is the murder of a builder by dreaded ganglord Sattu Bhaiya (Pankaj Tripathi), aka Rahul Satyendra Tripathi. Just like the game of Ludo has four players, all vying to get their chips home, here, four sets of characters are caught in fantastical situations that soon spiral out of each one’s control. Sattu Bhaiya is the lynchpin that connects the four stories to each other. 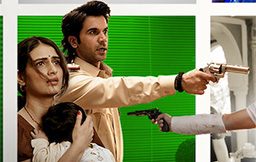 Aalu, aka Alok Gupta (Rajkummar Rao) nurses a bleeding heart for the love of his life Pinky (Fatima Sana Shaikh), who’s married to another man. The soft-hearted Aalu plunges into a messy tangle when Pinky asks him to help her cheating husband escape from the police and a murder charge. Finally, Rahul (Rohit Saraf) and Sheeja (Pearle Maaney) are two one-of-a-kind youngsters — both bullied at their place of work, and both making the best of the unpredictable happenings around them.

Even as all these tracks run parallel to each other, Sattu Bhaiya and his shenanigans neatly tie up the loose ends into an alluring package of fluke and happenstance. 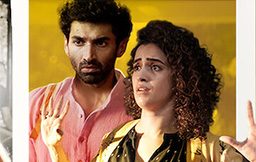 All the actors in Ludo – each member of the humongous ensemble cast – are in their element, and at the top of their game. Pankaj Tripathi, the virtuoso of versatility that he is, is outstanding as the driving force behind the hilarious hijinks that pepper Ludo. The man is compelling at all times — even when laid up in a hospital bed with the only mobile thing at his disposal being his face. And what expressions! Watch out for the peeing scene, and the one with Pinky’s poor husband.

Rajkummar Rao displays an astonishing range of emotions as Aalu – his name a play on the ‘aalu’, that is potato, and its ability to adjust itself to any mashup it finds itself in. At one point, he delivers a Kartik Aaryan-Esque monologue — only, his is far more humorous and entertaining, with its reference to Mithun Da and Senior Bachchan and the outpourings of his tender heart. His propensity to launch into awkward breakdance — whatever be the situation, happy, sad, heartbreaking — elicits a smile on your face.

Abhishek Bachchan is superb as the strong, silent, and angsty Bittu. Aditya Roy Kapoor is surprisingly good as Akash. Sanya Malhotra and Fatima Sana Shaikh deliver the goods. The newbie couple, Rohit Saraf and Pearle Maaney is a riot. It’s a delight to watch the duo. Inayat Verma wins our heart with her cherubic sweetness and wide-eyed precociousness. 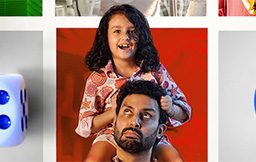 Ludo is an imaginative and intelligent film, yet often gets complex and confusing with the breathless pace at which things take place in quick succession. Two characters help keep things simplified and in perspective for us with their whimsical pondering, as they cast an eye over a vast wasteland. One of them is Anurag Basu, acting as the narrator, as he introduces us to the myriad characters in his stretched-out tale, along with their individual eccentricities.

The narrative begins with Bhagwan Dada’s delightful black and white number, “Kismet ki hawa kabhi naram, kabhi garam” from Albela. Nothing sums up human life and its ups and downs better than this number. If the song is profound in the first murder sequence, it evokes laughter when Sattu Bhaiya includes his poor victims in a sing-along to the song in the bus ride carrying them to their fate. And the story’s off, taking us helter and skelter along its rollercoaster ride of serendipitous happenings. 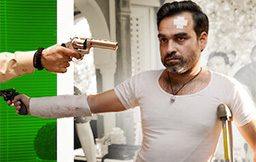 Each individual narrative is interesting and thoughtfully written. Anurag Basu has rolled a strong hand of dice with Ludo. If there is a clear winner in this movie, it is the story, screenplay and dialogue. Anurag Basu has written the story and screenplay, while Samrat Chakraborty is credited for the dialogue. Both are brilliant. It is truly admirable how one set of characters and its narrative spills into another. Whether through sharing adjacent rooms in Hotel Paradise, or landing up in the same hospital or being rounded up by gangster Sattu Bhaiya for their individual misdemeanors, the characters and stories mesh and unmesh in delightful ways. The escape sequence with Aalu and Pinky has Sattu Bhaiya jumping into the melee, and it is hilarious.

The characterizations in Ludo are terrific. Each character is etched out with careful detailing, and the actors do them complete justice. Each is outstanding in his or her part, displaying beguiling candor, ardent earnestness or roguish recklessness on demand. The script and dialogue are written with a tongue firmly in cheek, and is rife with humor that is as sharp as a razor’s edge – watch out for the jibe on the hand-in-glove-edness of the media and the government.

All said and done, Ludo is light-hearted, breezy and intelligent. The direction is the star of the show, while the writing is the glittering jewel in its crown. It is a tad too long at 2&1/2 hours, yet, keeps one engrossed till the end. 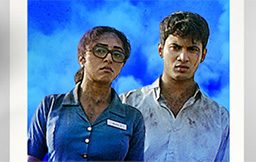 Anurag Basu has also handled the production design and camerawork of Ludo. Both are excellent. The structuring of the scenes, so that they can be perceived from two different vantage points of two diverse sets of characters, is exemplary — for instance, the one with the fair and the giant wheel in the background. The vibrant colors, surreal photography and remarkable settings are noteworthy.

Pritam’s music is soulful and earworthy. But yes, the songs neither have the sticking ability of the music of Anurag Basu’s previous work, nor are they as memorable. The editing by Ajay Sharma is simply superb. It is never an easy job to seamlessly piece together such a labyrinthine, expansive, staggered storyline into one seamless whole. But Ajay Sharma pulls it off spectacularly.

The technical aspects of Ludo are high quality and uplift the film to an altogether different level.

The story, script, and dialogue

The length of the film

Too much happening one after the other, which may get confusing for some