Home Reviews Mail Review – All About The End
Binged Rating2.5/5 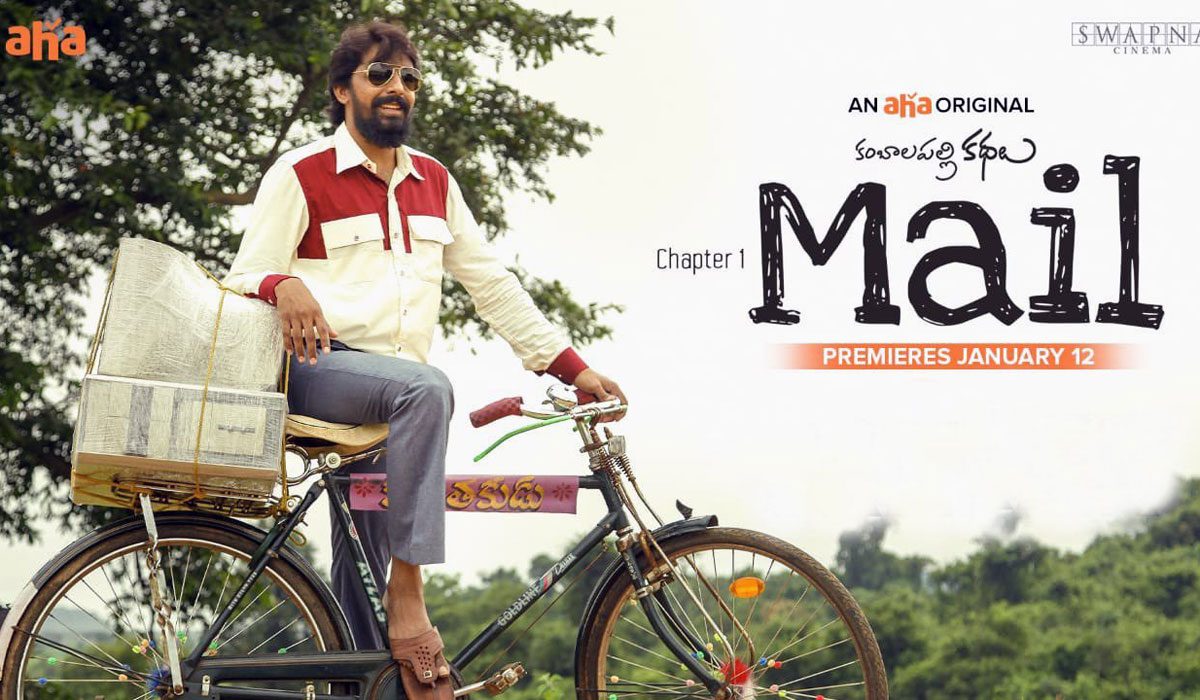 BOTTOM LINE: All About The End

Ravikumar (Harshith) is fascinated by the computer ever since he first lays his eyes on it on the results day. He wants to take a course in computer science but is not able to do it.

What happens when in Kambalapally, a nearby place of Ravikumar, a Computer shop is opened? How it changes his life is what the movie is all about? 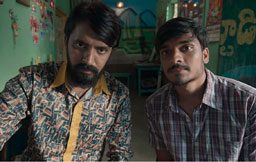 Harshith Malgireddy plays the soft-spoken mild-mannered but honest character of Ravi Kumar. He looks the part, and that is half the job done. The director too, doesn’t burden him with too much acting or drama. It is there but limited to a few moments. But, as the whole thing is not made cinematically, as in lacking the theatrics, Harshith is passable for the part. It is not just an ordinary looking, but also a similarly acting part.

Uday Gurrala writes and directs Mail. The basic idea and the rooted setting is an instant winner. Still, the critical thing is execution and providing an engaging narrative. It is a mixed bag on that score.

The opening itself sets the tone of a slow-paced film. It is, in fact, very slow. There is no energy at all. The sequences involving the establishment of the lead’s fascination with the computer gives the feeling of watching a snail move.

A brief and distracting love story follows it. Its importance in the overall scheme of things comes across as feeble. And then we move to the ‘computer’ theme again. The juggling between the two before coming to the core point takes significant time to arrive. It requires a lot of patience to go through it all. 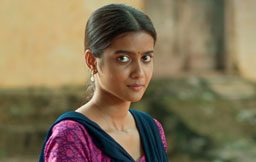 What further doesn’t help is the editing. There is a neat build-up of momentum, and then the whole thing is paused. It creates a start and stop effect. It gets irritating soon. However, some moments in between make us a smile. They are ridiculous (for our times), but done in a normal way. And that makes us continue watching the proceedings. Here, the story’s setting and context become critical, and we know why it is situated in that time and place.

The actual story begins a lot later and what we get is routine for the current times. Again, the setting and characters make us intrigues to know what lies ahead.

Next is a slow drag of predictable proceedings that one can imagine with the given material. Nothing unusual happens and we, as an audience, are led to what seems like a highly clichéd ending.

However, Uday Gurrala springs a surprise. The ending elevates the proceedings and makes most of the part of our time worth. Only if we go through the entire thing, the end’s impact comes in the intended way. We wouldn’t like to spoil it, but it is neatly done. It is a fine wrapping of the story and makes one think if it is the ending that got the project made in the first place.

Overall, Mail is a slow and tiring watch that rewards in the end. Do watch it if you like small-town drama and view with subtle and muted emotions.

Gouri Priya is the female lead technically, but the character is not treated that way. She is just another person in the story, who also happens to be the protagonist’s girlfriend. She is fair in what looks a fierce and stable role. Very little happens between the two leads, but it brings a nice feel-good vibe.

Priyadarshi is reliable as usual. The part suits him. He breezes through it effortlessly. Ravinder Bommakanti rises to the occasion when the time comes. It is a decent part but is well sketched, and hence one remembers it. Mani Aegurla plays the typical sidekick besides a hero. In the naturalistic atmosphere that has been set, he impresses with his timing. The writing and characterization help. The rest, Anusha Netha, Sunny Palle etc. are okay. 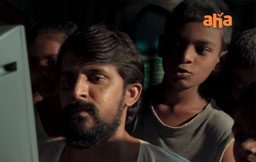 The music by Sweekar Agasti gives a nice, pleasant vibe. It also keeps the narrative light and breezy. The background score by Kamran is neat. Unfortunately, it has not been timely placed to create an impact even though we occasionally feel the rush. The cinematography by Uday Gurrala and Shyam Dupati is okay for a low budget production. Nothing experimental here and it’s all about capturing the locales with clean frames. Some parts do look the short-film type. Hari Shankar’s editing should have been much better. It is one of the significant reasons for lacking energy in the proceedings.

Yes, But With Reservation