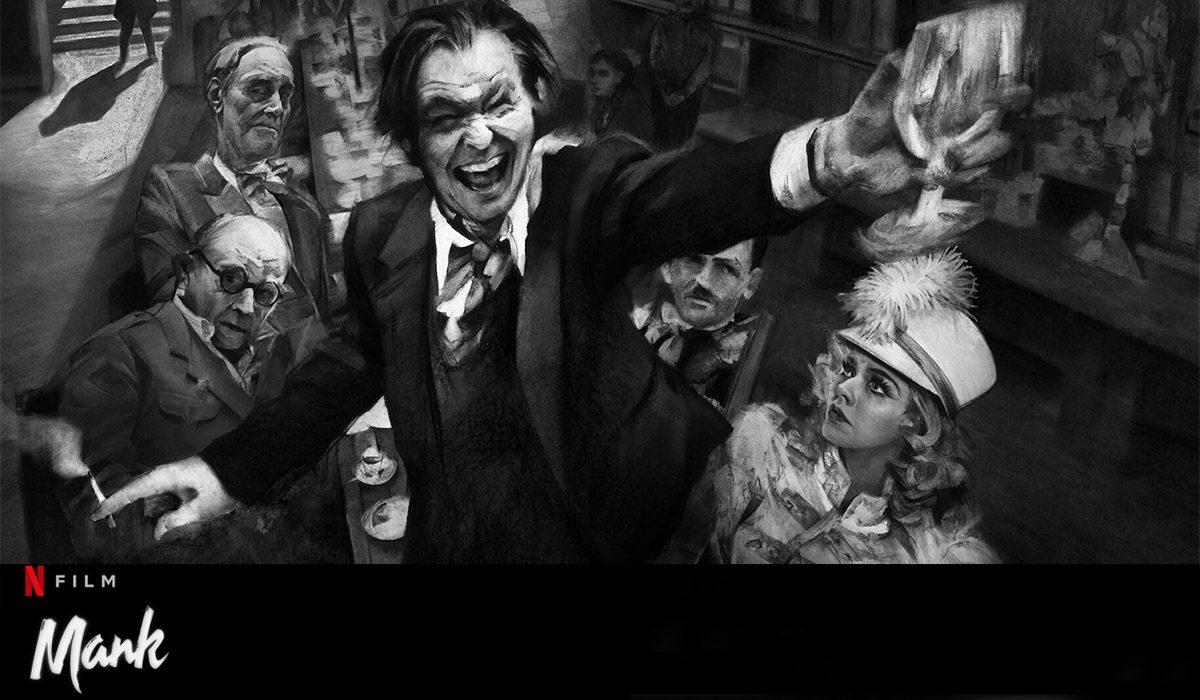 Mank is a biopic about a prolific writer Herman J Mankiewicz (Gary Oldman) from the golden age of cinema in Hollywood. How he struggled to get the one specific script, also his final, the iconic Citizen Kane is what the movie is all about? 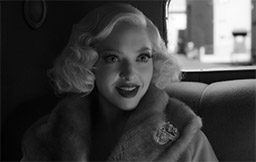 The senior actor Gary Oldman has come up with another incredible performance. The character offers him all the stuff required for some his trademark stuff which he hits it out of the part. It being an alcoholic is for starters.

At times, the same stuff that he is known for makes the character look a bit over the top, but it is what makes it entertaining, as well. He looks and acts a bit bloated at the start (or maybe that was intended), though. It gets better as the narrative progresses and ends on an explosive note. The dining sequence towards the end is again a master class from the classy actor. 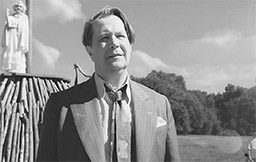 The director of cult movies like The Social Network and Gone Girl (in this decade) is back with a new outing after a very long gap. His last came in 2014. There are high expectations with him helming the project. Mank is an entirely new territory considering his previous work. But, it is usually the case with his previous efforts and they don’t disappoint, mostly.

The setting of the early years of Hollywood as the backdrop is interesting and exciting for several reasons. However, the same also becomes a problem, albeit for a short duration, for general moviegoers.  To those who have no clue about the characters of the back story of the ‘story’ of Mank, it takes a lot of effort to get engaged in the proceedings. It gives the impression of a kid lost in a candy store. Fincher packs in the narrative with too much stuff and characters. 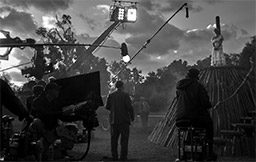 The opening half an hour despite good writing and acting, therefore, is hard to connect narrative-wise. The screenplay, presenting the flashback and current portions simultaneously, adds to the confusion and restlessness.

However, after a point when we get the hang of the various characters and their background, the narrative gets exciting. It is the political angle (another aspect that needs attention) and the power politics which holds it all together. We slowly start to understand what is happening, and then the relatability occurs.

Mank, through its narrative, highlights the fake propaganda a movie can make. What is shown is actually where it started? It is these subplots that grab the attention and make Mank richer. And then the character of Mank takes over. We understand what he is going through after a lot has passed. So many moments are connected to the past, and they all come together for an explosive end. 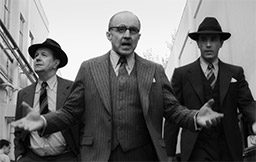 Mank is not entirely a satisfying watch on the first viewing, without any doubt. It is exceptionally made but requires a couple of viewing to get its impact, entirely. Everything will seem apparent in the second round.

In the end, Mank is a recommended watch, for sure. But, it requires a tremendous amount of patience and attention initially. It becomes a satisfying watch later only if you do the necessary earlier.

Mank is filled with stars. Everyone is also playing some sort of a ‘star’. After all, it is a film set in the movie world. Each actor has done decent to a good job, but it is Amanda Seyfried, Lilly Collins, Tom Burke, Ferdinand Kingsley, Arliss Howard and Charles Dance who stand out due to some well-crafted scenes they are part of. 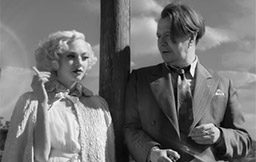 As is a routine with Hollywood movies set in the golden age, it is jazz music all over. The background score filled with it is apt and adds to the overall appeal. The black and white presentation of the film with the editing effects resembling films of those times is also a nice touch. It could have easily been gimmicky, but that is not the case here. The writing seems overstuffed in parts, but is fine, in the end.