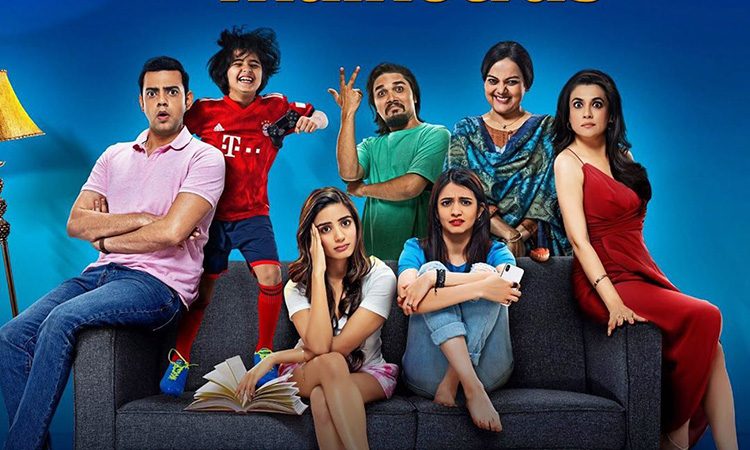 Rishabh and Shefali appear to be a happily married couple until all hell breaks loose when four of their mutual-friends end up getting divorced one after the other. In an attempt to safeguard their marriage and tide above these negative undercurrents, the Malhotras seek a series of counselling sessions with therapist Dr Gulfam Rastogi. However, problems compound for the two during these sessions as they find several reasons to quarrel with each other day after day. Yet they aren’t talking the ‘D’ word. The therapist wonders what’s the secret formula keeping them together despite all the differences. Mind the Malhotras is the official Indian adaptation of the Israeli series La Famiglia. 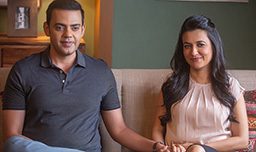 There’s nothing noteworthy that the performers have got to offer here. Though Cyrus Sahukar and Mini Mathur make for a good on-screen couple, they can’t do much to salvage an uninspiring script that only goes downhill right from episode one. The two actors, who’re otherwise known for their flair for comedy in their film/television appearances, are unusually struggling to tickle our funny bones minus any comic timing whatsoever. Denzil Smith as the psychiatrist has an assured screen presence, but his role is terribly one-dimensional while only sitting back and cumbersomely listening to all the chatter-batter that the Malhotras have got to offer. His dumb characterisation only adds insult to all the therapist-community out there.

Two unsuccessful film directors (Sahil Sangha, Ajay Bhuyan), a shaky story, poor writing and a helpless star cast, that best explains the series in a nutshell. The basic premise of the series, of a couple visiting a therapist to avoid possible separation owing to influences from their friends, is so weak and unlikely in an Indian context. Had the writing been really strong, maybe things would have been more convincing. Here, the directors try to forcefully blend a Hollywood-y story in a TV-soap-like setting. The result is neither outdated nor modern-day. It’s just a cinematic universe where we don’t feel for the characters at all.

There’s no homework done with regard to actual therapy sessions here. The issues that the couple have are about their physical intimacy, raising children, dealing with their complexities, personal space and insecurities. Nothing of this is explored seriously beyond eliciting a few silly laughs. It’s just a wife and a husband who have heavy cash bags and don’t know what to do about it. The couple goes on a ranting spree with trivial complaints about each other, playing blame-games which become irritating beyond a point.

Each of the episodes lasts barely about 30 minutes, but the viewer is made to feel that the length is excruciating enough, thanks to some indulgent writing that is neither entertaining nor emotional. The series is basically just another glorified television soap with marginally better production values. The direction lacks any maturity. The digital medium happens to be such a vast space to explore a wide array of subjects and it’s sad that credible brands like Applause, Amazon Prime and a name like Dia Mirza had to put their money on this. Watch it at your own risk and maybe, you should keep a therapist’s contact ready too! 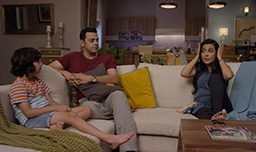 The very reliable Sushmita Mukherjee is cast as the mom of the male protagonist in the series. It’s disappointing that she’s reduced to another ‘saas-bahu’ stereotype of the 80s cinema and television soaps. She’s made to look like a caricature on-screen mother, who overly likes her son and detests the presence of her daughter-in-law in the house. Even if it was an ode to old-world cinema, that attempt falls completely flat. Anandita Pagnis, Nikki Sharma merely fill up the frames portraying their half-baked characters, while the child actor Jason D’Souza livens up the screen whenever he’s around.

Composer Zubin Balaporia plays up to the substandard nature of the writing and delivers an over the top score with regularly referenced, heard, done-to-death musical portions that don’t do much to elevate a sequence (which is anyway a yawn-fest). Anshumaan Singh Thakur’s cinematography isn’t any adventurous either, his work is full of cardboard-ish interior decor from a studio setup with two individuals wearing designer costumes scene after scene. Having not watched the Israeli version of the series, we could safely say that the writers got the idea of a modern-day Indian family completely wrong too. The editing aspect leaves a lot to be desired too.