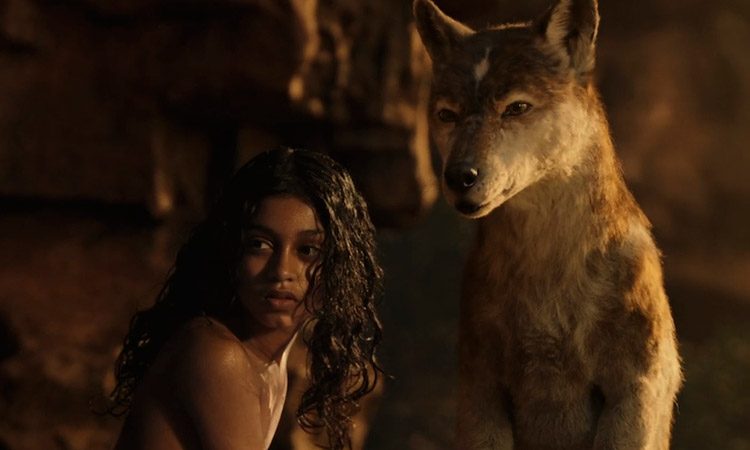 An infant Mowgli finds a lucky escape from death in the jungle from the hands of Shere Khan, the merciless Bengal tiger that had just killed his parents. Bagheera, the panther comes to the rescue of the orphaned boy and is raised like an Indian wolf, well protected by Akela, the leader of the wolf pack and his counterparts Nisha and Vihaan. With adulthood beckoning, Mowgli realizes he’s no longer a wolf and is wired to respond to the world differently, subsequently facing alienation from the jungle for his un-animalistic characteristics. After initial hesitation, he finds solace amid the company of humans. But, it looks like the jungle needs his presence more than ever before. Will he return to the jungle ever again and why? 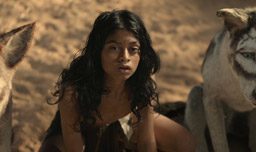 Rohan Chand, the American child actor, rather expectedly, is the star of this dark retelling of Rudyard Kipling’s The Jungle Book. His terrific acrobatics beside the body language and the conviction in his performance that wonderfully establishes his integral role in the jungle, help you root for Mowgli. Most of the previous interpretations of the book have shown Mowgli in a rather colorful light, so Rohan Chand’s portrayal of Mowgli might take slightly longer to grow on you. This Mowgli is intense and yet less likable as a role, marginally because of the dark tone that the film takes.

Despite the brilliantly shot action-chases, impressive performances, and visual effects, the smaller parts of Mowgli: The Legend of the Jungle don’t add up to a greater sum. And it’s only natural that the blame is directed at the filmmaker Andy Serkis, for his uneven narrative tone in this adaptation. The Jungle Book, the novel continues to strike an appeal because it leaves a lot of aspects unsaid, i.e. the aspects surrounding human greed, of Mowgli’s conflict between the human world and the jungle. There’s enough space for a reader to think for him/herself. 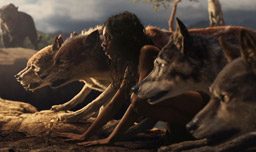 However, Serkis’ version, more or less, appears a spoon-fed dimension of the book, where every nuance in the story is direct and on-the-face. The dark tone robs the film of its charm and the filmmaker puts it right in admitting that this is definitely not a kid-friendly retelling of the story. Be it Bagheera, Baloo, Mowgli, the Bandar-log or the human characters, the film is only keen on exploring their shades of grey, quite comfortably shrugging off the likeable facets. Though this is more contemporary and realistic than any of the film versions made before, the storytelling isn’t quite joyous and captivating. Tension and intrigue score over emotional subtlety in this film and you come out of the movie, more relieved than satisfied.

Matthew Rhys and Freida Pinto play John Lockwood and Messua respectively, as an embodiment of two traits ingrained in the humans, love, and greed. Rhys, as a hunter, comfortably slips into his role with the hint of the evil in eyes and his histrionics making the shrewdness and the greed in exploiting the animals, evident. Freida’s delicate portrayal of Messua, the adoptive mother to Mowgli is a layered one and despite her minimal screen-time, her performance adds sensitivity to the subject.

The CG and the VFX work with the computer-generated animal characters are taken care of well; which makes it easier for a viewer to relate with the parts and the dubbing provided to them. Christian Bale is quite authoritative with his voice to Bagheera and you are left surprised with actor Benedict Cumberbatch’s menacing vocal dimension to the role of Shere Khan too.

British composer Nitin Sawhney pays homage to his Indian roots impressively with a music score that is still designed to cater to a Westernised audience. The visual atmosphere of the jungle is very alluring and real, the cinematography is more organic than what you got to see in Jon Favreau’s adaptation of The Jungle Book in 2016. The research undertaken by the makers with respect to the jungle backdrop truly shows.