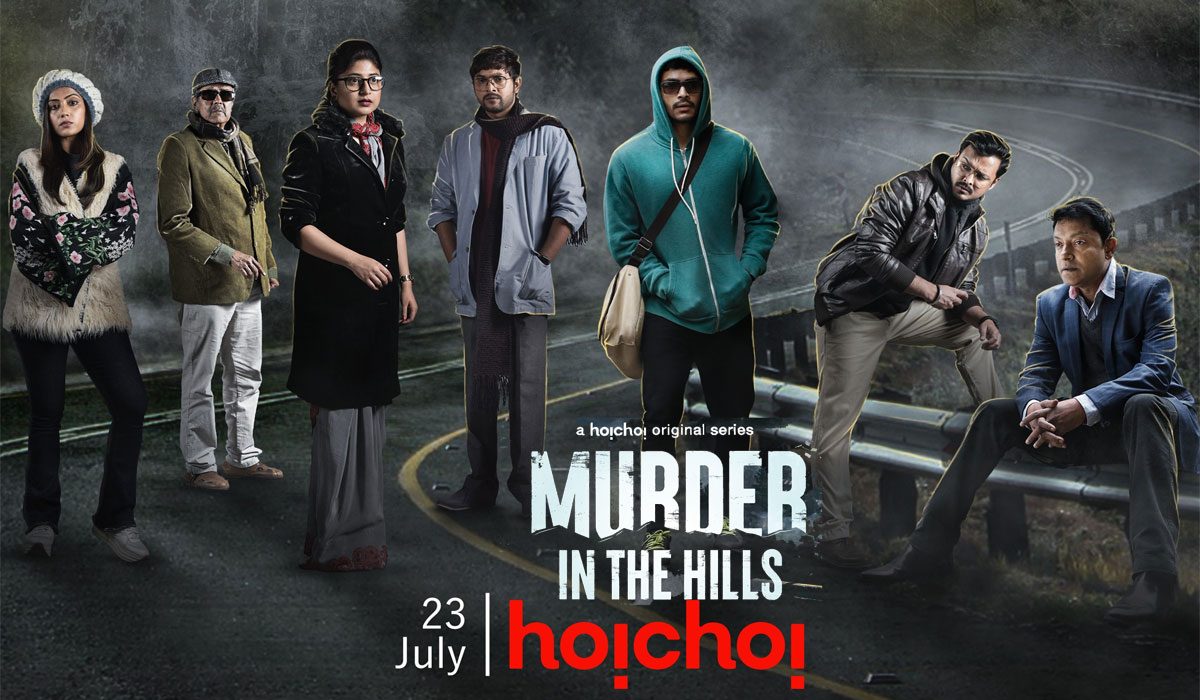 Hoichoi TV’s latest Bengali show, “Murder In The Hills” is a murder and suspense mystery, set in the backdrop of the colonial hill station of Darjeeling. An acclaimed Bengali film star, Tony Roy (Anjan Dutt) dies of a heart attack on the night of his 66th birthday dinner. An investigative reporter, Amitabha (Arjun Chakraborty), present on the night, realises that the actor’s death wasn’t a natural one but a well-planned murder. As he digs deeper into Tony Roy’s death, he awakens ghosts of the past, which arise from long-forgotten graveyards, leaving Amitabha shocked with the murk lingering in their depths. Despite threats to life and limb, he persists on, ultimately unravelling the truth of the murder. 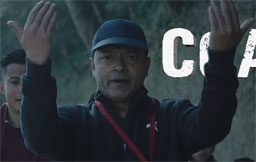 Anjan Dutt, who’s also directed the series, plays Tony Roy to perfection, quirks and eccentricities included. The first episode focuses almost entirely on the exuberant, over-the-top personality of Tony Roy, and it sets the tone for the remainder of the series. Arjun Chakraborty plays the relentless investigative reporter well. Myriad emotions – shock, disgust, fear – at different points in the narrative, are palpable in his performance. Anindita Bose, as the enigmatic Sheela, puts in a dependable performance, as always. Rajdeep Gupta catches the eye as DSP Shubhankar Banerjee. Sourav Chakraborty is suitably edgy and mysterious as top film director, Bijoy Mukherjee. Suprobhat Das manages to bring in the required ambiguity to his role of failed footballer, Bob Das. Rajat Ganguly is fine in the role of Tony Roy’s trusted friend, Ranjan Ganguly. Sandipta Sen is a tad unconvincing as Tony Roy’s doctor, Dr Neema Pradhan, who seems to have hidden motives.

Overall, each actor succeeds in emoting the most crucial elements required of every character in a murder mystery – enigma, ambivalence, inscrutability and the motivation to murder.

Murder In The Hills is a tribute to the works of Agatha Christie—and one famous work in particular. Agatha Christie and murder mystery enthusiasts will immediately know which one it is. There’s even an easter egg in one of the middle episodes— a character is reading the very same detective novel of Christie’s that Murder In The Hills is “inspired” from. We won’t give it away here, lest we spoil the suspense for you.

Murder In The Hills is high on atmospherics and character. The remote, winding countryside of Darjeeling is used to good effect in the storytelling. It lends a creepy vibe to the narrative, enhancing the feeling of enigma in the tale. Since the events of the present are connected to the events of the past, a lot of the narrative is told in flashback. The story toggles between the past and the present, but fluidly and seamlessly. Subtle differences in the colour palette of the frames convey the period of their occurrence—past or present—in no uncertain terms.

Murder In The Hills also does a good job of the fleshing out of the numerous characters that populate the story. Every character is imbued with mystery and motive, specific to their characterisations. Bob Das, in particular, is the creepiest character of the lot. One keeps expecting him to do something sinister at every turn and every moment of his presence on screen 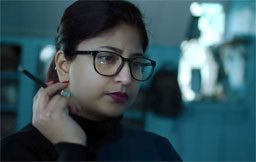 Despite the aforementioned good points of the series, it lacks in one very important aspect of good storytelling – and that is an effective building up of suspense. The screenplay utterly fails in impressing the viewer in the story department – there aren’t enough twists and turns in the plot to keep us engaged over eight episodes; and those that are there are quite unremarkable.

Several sequences are repetitive and seem to be added just to elongate the runtime. Amitabha’s several run-ins with Shubhankar, Bijoy, Sheela, Neema, for instance, don’t add anything to the story. They only irk us with their increasing tediousness. Characters keep mouthing the same things again and again – Shubhankar warning Amitabha to drop his investigations; Roma Roy telling Amitabha to get out of her house; Neema pushing Amitabha to investigate the loan-shark, Jaiswal; – all of these, and several more sequences, happen at least twice in the narrative. A bit much, we think.

Several subplots are totally inessential to the plot and flow of the story, and only add to the ennui. Gurung’s murder, Sheela getting attacked, her romance with Amitabha, are all unconvincing, unnecessary and could have totally been done away with. The premise and plot of the series seem well thought out, but only on paper in script form. A lot is lost in translation and execution, particularly the surprise factor and wonder element of the story. As each event of the past unfolds, the happenings in the present become clearer to the viewer—and with that, the suspense.

To sum it up, Murder In The Hills could have been a lot better than what it is now. Its poor suspense-building, sketchy screenplay, and finally, its length, do it in.

Murder In The Hills starts off with a very British-sounding number, sung by Anjan Dutt himself, and composed by his musician son, Neel Dutt. It is a pleasant song, though not one you’ll want to add to your playlist. The background score of the series is good, and suits the storytelling. 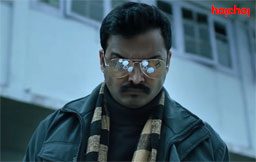 Ramyadip Saha’s camera captures the winding lanes, sloping landscape and spooky isolated hills of Darjeeling well. The use of a bleak colour palette effectively lends enigma and character to the narrative.

As a one-time watch, with one finger firmly on the fast-forward button

Murder In The Hills Review by Binged Bureau