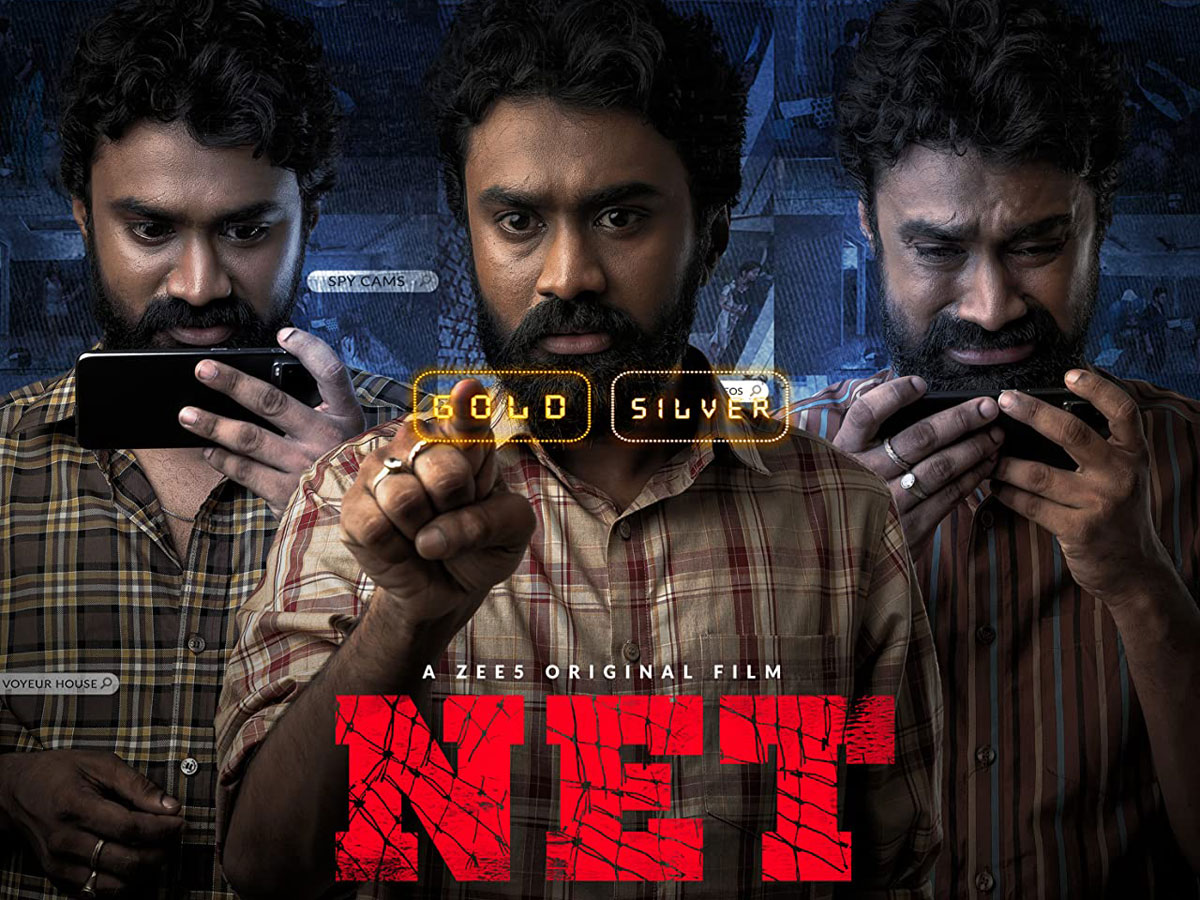 Laxman (Rahul Ramakrishna) is an ordinary lower-middle-class guy. He is married and runs a mobile shop using the money from wife-side. However, he is doesn’t like his wife at all due to her non-urban and educated background.

Laxman is obsessed with his mobile phone. It goes to the next level when he comes across an app that allows him access to anonymous couples through hidden cameras. Priya’s life becomes a voyeur treat for Laxman. How it all ends is what the movie is all about.

Laxman is a tailor-made role for Rahul Ramakrishna. It requires someone like him who can both bring ordinariness and intensity. Rahul Ramakrishna does a convincing job with both. The obsession and irritation part is neatly done by him. The realistic tone throughout is an additional plus. Even though Net is a low budget flick, it is a small turning point of a character for Rahul Ramakrishna, without any doubt.

Bhargav Macharla directs Net. It is based on a topical issue that resonates with current times. Net is about the voyeuristic obsession with l internet and how it affects life, at an individual level.

For many people, the internet has provided an outlet to unleash their creepy and obsessive selves. It is more so with people who have voyeuristic tendencies and enjoy sexual gratification online. Net taps into that segment and presents a psychological look at them.

Laxman is unhappy with the marriage. He has sex with his wife only to prove his manliness to society and nobody comments on him regarding the same. These aspects are neatly incorporated into the narrative without going overboard. It also represents a mindset that is present at ground level. The director has done well in presenting it as part of a character’s psychological study.

A bit of fleshed-out presentation with various character arcs would have also helped the narrative. As it stands the raw presentation looks more like a better shot short than an actual movie. The aesthetics are missing. That Net still engages is due to the content.

After all the hard work the ending feels a little unsatisfying. It is a little ambiguous. A simple tying up of the different character arcs would have been better. The way it is one gets a feeling that there is more to come, but it ends.

Overall, Net is an honest and raw attempt to explore the psychological impact of online addiction. Give it a try if you like to watch something unique.

Avika Gor appears in Telugu cinema after a gap. She is back again with a key role that requires her to be central to the proceedings. She plays Priya in the movie who is the obsession of Laxman. It is her life that is shown to the outside world without her permission. She is exploited with her knowledge. All these reactions, anger and frustration are neatly showcased by Avika Gor towards the end.

Praneeta Patnaik is the other female lead. She plays the wife who expects nothing but love from her husband. She grows in range as the movie progresses and together with Rahul Ramakrishna deliver the raw performance. The rest of the cast has very brief roles who are alright in them.

The background is pretty effective. It creates a racy mood to the proceedings even when it is dead slow. The cinematography is okay if one considered the low budget nature of the flick. Otherwise, it is very ordinary. The editing is neat. Net could easily have become a mess if it were weakly edited. The writing is decent. A day to day life realistic conversation is kept for the most part.