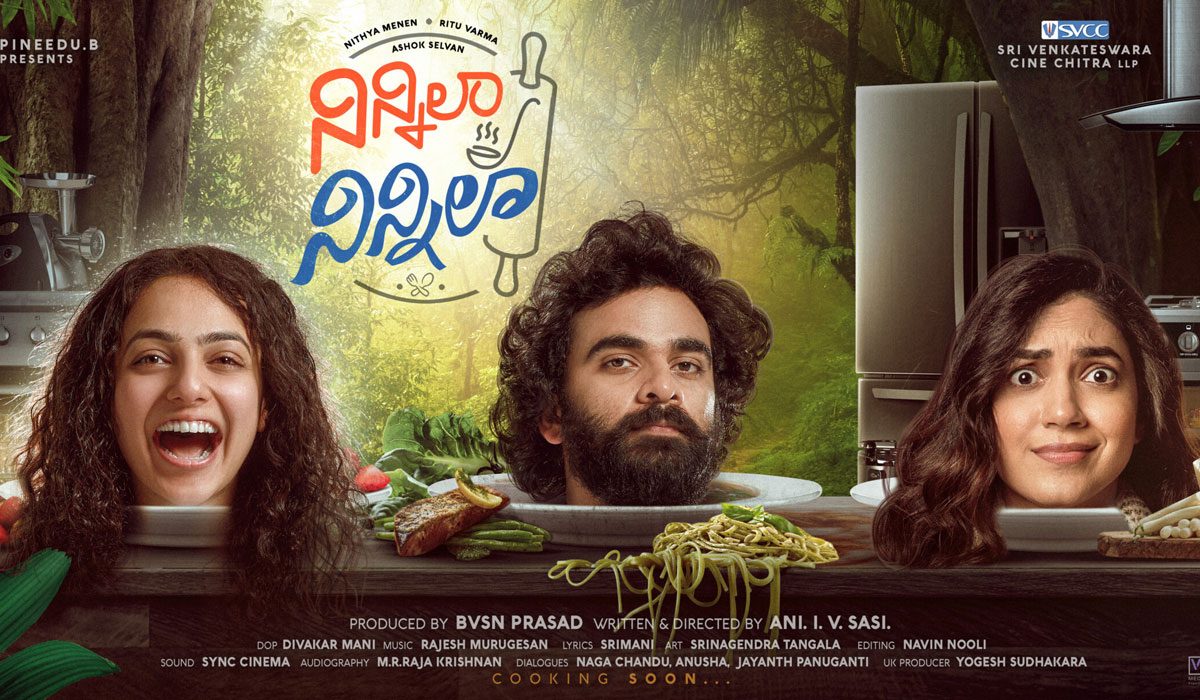 BOTTOM LINE: A Meandering Tale Of Love And Food

Dev (Ashok Selvan) and Tara (Ritu Varma) join at the same place to become chefs. Dev has a unique muscle spasm condition, whereas Tara has extreme OCD related to a few things. The former is also natural at cooking and the latter goes by the book. How the two form a relationship? How it develops and ends is what the movie all about? 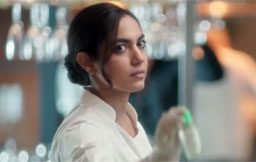 Ashok Selvan has got a simple and endearing role as Dev in Ninnila Ninnila. He does his part effectively without breaking a sweat. It is a lightweight and straightforward part seen in rom-com movies. The natural charm and smile do most of the job for the actor.

Ani I V Sasi directs Ninnila Ninnila. It is a simple-looking yet a heady concoction of animation classic Ratatouille, and regular rom-com dramas in Southern films with a twist.

Right from the start, there is no hurriedness seen at all in going about the proceedings. Ninnila Ninnila is a slow-paced drama with food and romance involved. The striking cinematography and the lilting background score immediately stands out.

Initially, the lack of dialogues and clarity as to what is happening leads to a restless feeling. Some of the action adds to it. However, with the introduction of ‘Head Chef’ things get on track.

All the hotel sequences until the opening up of the ‘Head Chef’ and the growing relationship between the cook and master are neatly brought out even with a meandering pace. The cooking scenes are done in a mouthwatering way.

A twist in the tale occurs during the mid-way mark, and it changes the whole narrative. A routine coming of age drama is fit into the proceedings, and we additionally have another predictable track. Everything is utterly familiar and expected. 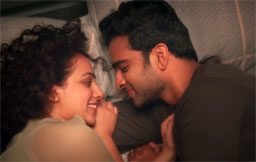 When the flashback related to the ‘twist in the tale’ ends, it feels like an eternity. It is due to the predictable nature of the content. The slow pace, which didn’t feel like an issue previously, leads to yawns during this segment.

The narrative gets back on track in the pre-climax and climax sequences when we return to the present. It takes an expected route, but there is a feeling of fulfilment due to the leads’ subtle yet natural acts.

Overall, Ninnila Ninnila is a classic example of films that need the OTT space. Theatrically, it would have been a terrible experience for many reasons. Digitally, it feels like a passable watch with the option to pause and fast-forward. Give it is a try if you like to taste something different yet extremely familiar stuff.

The casting for the movie is neatly done. Each character looks the part they are doing. Ritu Varma is the right choice for the role as she is able to bring out the change from jealously to liking to love very naturally. Nithya Menon overacts. It is however the designing of the character itself which is to be blamed. The wide eyed, overtly expressive, cute girl part feels so aged for her. The dubbing is a major irritation in that regard.

Nasser as Head Chef is good. It is a very subtle and classy act with simple expressions by the senior actor. Sathya does well in the limited opportunity given to him. The rest of the cast do a decent job despite not having anything significant. 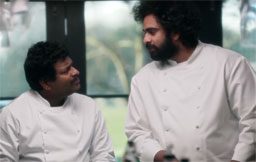 The music and background score by Rajesh Murugesan goes with the flow of the movie. They are sweet, soft and simple melodies without much cacophony. The songs, however, are a speed breaker. The cinematography by Diwakar Mani is beautiful, overall. The editing by Navin Nooli could have been tighter. The writing is minimal initially, as a lot happens with action. It’s effect is felt only during the last hour when many dialogues are heard.