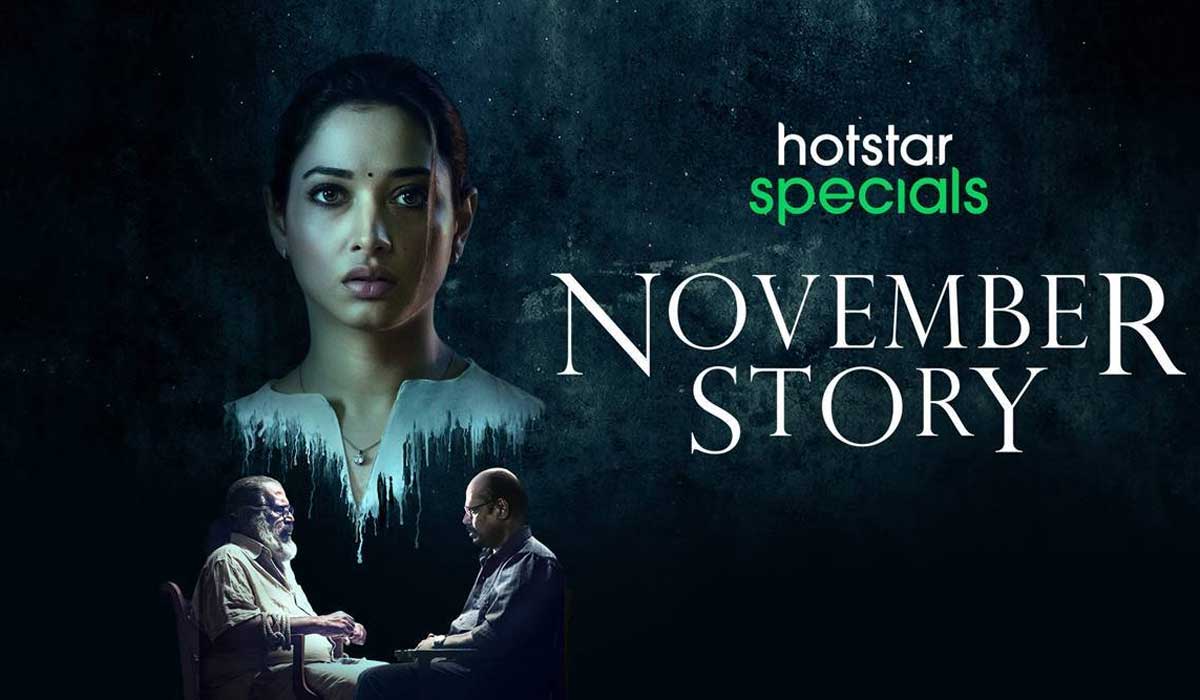 Anuradha, the daughter of best-selling crime novelist Sudan Ganesan, is an ethical hacker by profession. Anu’s life revolves around her father, more so after he’s detected with Alzheimer’s. Anu even considers selling her ancestral property to fund his treatment. There’s trouble in the paradise when Ganesan finds himself amid a crime scene, where an elderly woman is murdered. A bewildered Anu doesn’t hesitate to go the distance to protect her father. Who’s behind the murder? Is Anu’s father innocent after all? It’s time to unlock several secrets from the past. 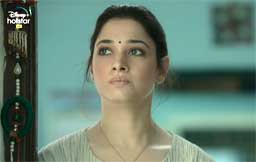 November Story is among Tamannaah’s best performances in recent years and she makes the most of the meaty role. The character resonates with you because it tells that strong women can be vulnerable and have their flaws too. The actress oozes confidence and channelises her star presence to tell a good story. Pasupathy is excellent as the forensic expert with shades of grey and it’s to his credit that he humanises even the more problematic aspects of his character.

GM Kumar, with his authoritative screen presence and the veteran-like wisdom in his stature, is an ideal choice to play the ailing crime novelist father to Anu with enough restraint. Vivek Prasanna proves that he has more to him than his comic punches while it’s a cakewalk for someone like Aruldoss to play the fiery, witty cop. The supporting cast is filled with many a new face and they make their opportunity count.

November Story is a delightfully compact whodunit that’s bound by a strong emotional thread. This one was a winner right with the premise – of a bestselling crime novelist, detected with Alzheimer’s landing in a crime scene and one who’s a prime suspect behind a murder. All it needed was a capable filmmaker who could justify the motives of its many characters convincingly without overblowing the drama and preserve the twists for the right moments. The show, in the safe hands of writer-director Indhra Subramanian, is consistently engaging and is among the best Tamil web shows to have hit the digital space. 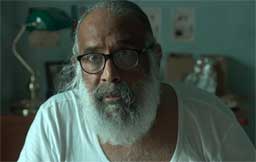 The best of storytellers understand that it’s important to get into the headspace of characters as much as they go on with the plot. November Story’s characterisation is equally human and sensitive.  The careers of its key characters exist for a good reason and not merely to decorate the plot. And most importantly, the treatment avoids unnecessary stereotypes. When have you seen an ethical hacker in a show, work in an old little complex, using the local train to commute? There’s alluring detail attached to her profession and it’s not as if she has a solution for everything.

While Anu tries her best to be a caretaker daughter to her father, there are moments where she’s just fed up with looking after him day after day. Anu and Ganesan are very human characters at the end of the day. Another aspect that strikes you instantly about November Story is the seamlessness with which all events in the show are tied up. Not a moment feels wasted and it’s a blessing in a thriller setup.  The narrative is always one step ahead with the guessing game and in establishing the motive of the chief culprit.

The humour in the story surprisingly comes from the cops’ viewpoint, portraying their restlessness and fatigue in their thankless profession in a lighter vein. Another reason why November Story succeeds is the opportunity it provides to every character to justify his/her stance. The lines between right and wrong are blurred. There are no convenient cinematic liberties. If you could excuse the makers for the overlong, dramatic finale that deliberately delays the obvious, you’re in for a cracker of a whodunit. November Story is filled with riveting twists and turns in every corner and has enough in it to keep you glued to the screens for nearly five hours. The Vikatan group has indeed made a smashing web series debut. 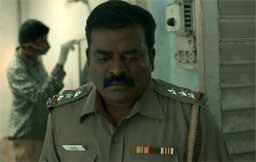 Composer Saran Raghavan is the backbone of the show whose terrific background score effortlessly blends with the narrative and doesn’t scream for attention. The earthy visual tone in the show complements the premise and Vidhu Ayanna’s captivating cinematography appreciates the beauty within ordinariness and thankfully avoids glorifying gore beyond the purpose of the story. November Story is a rare example of a web show that justifies its length although the last few episodes may bamboozle you with too many details.

The detailing goes above your head at times