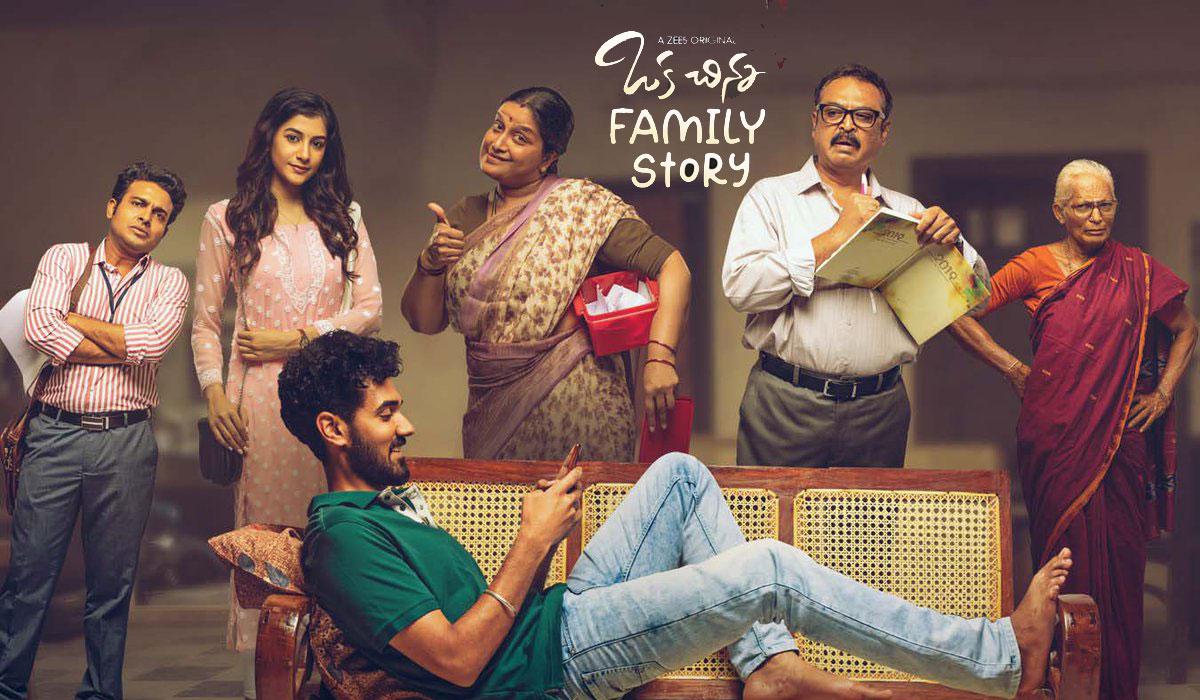 Mahesh (Sangeeth Sobhan) is a lazy-ass slacker youngster who refuses to work (for a living) despite harsh words by his father Haridas (Naresh). As if that wasn’t enough, he falls in love with a girl Keerthi and wants to marry her. His mother is the supporting strength throughout.

Unexpectedly, Mahesh’s father dies one day with several lakhs debt to clear. What does Mahesh do under these extraordinary circumstances is the crux of the story? The love story and relationship with the mother form the other subplots.

Sangeeth Sobhan is natural and terrific for the part of Mahesh. He portrays the different shades with ease without going overboard. There are also signs of restraint doing emotional sequences, which would help him the big way in future. It is alright for the subject here, but it would help him if he brings a little more depth to it for heavier ones.

The comic timing and chemistry are all fine, but so far from the limited outings of his acts, it does look one-note. It also doesn’t help that he has been doing similar roles. We have to see if he could show some variation within the same space. Having said that, Sangeeth Sobhan is showing quick maturity and managing to impress in his outings. He is a bright prospect to look out for in the coming days, provided the right opportunities.

Mahesh Uppala directs Oka Chinna Family Story. It is a wafer-thin plot set in a typical middle-class family. What happens when a father dies, leaving his debt to the son? It is that straightforward tale.

In addition to the thin plot, there are limited characters, and the narrative revolves around them. It makes the job challenging for the director to pull it off. Only with neat writing and performances, one can hold things together. Well, that is exactly what we get in Oka Chinni Family Story.

The opening episode sets the tone for what is to come. We see nothing out of the ordinary happening, but whatever happens, is done engagingly. By the end of the first episode, we are connected to the characters of the son, mother and grandmother. We want to know what happens to them and how they clear the debt.

The remaining episodes neatly build on the premise set in the opening episode. There is a lot of effort visible in character development and chemistry between the different parts. The interaction between the three roles is the mainstay of the whole series.

The thread involving the money is also neatly woven into the narrative. It feels very organically developed from the start. The emotions related to it are also neatly conceived. The growing frustration associated with the father is similarly impactful.

The problem in Oka Chinna Family Katha comes from the subplots and some filler sequences. The love track starts well but soon turns repetitive. Some clichéd lines are added to it for the female lead. Similarly, the whole bank setup is fine initially, but it turns into a functional one serving the narrative. There is no spark in it.

Despite the issues, the core emotional drama centred on the family is neatly handled. Such is the impact that you want to watch them talk randomly and won’t be bored. The writing and the actors bond makes it possible. The mother-son and mother-grandmother dynamics are excellently done.

he proceedings slowly but steadily build to the emotional climax, where all hell breaks loose. The initial anger and the subsequent paradigm shift in Mahesh are more than adequately handled. The core issue from the father’s perspective is not new, but the way it is unveiled helps generate the right impact. The father-son arc delivers.

Simran Sharma plays the female lead. It is a mere technicality as she is treated mainly as another character in the series. She is okay in the setting but doesn’t hold the attention in her scenes.

Tulasi is the real highlight of the series, along with Sangeeth Sobhan. They are a riot together and make almost everything work. They make you laugh and also cry when necessary. Tulasi lives in the role of the mother. She gets everything right –the body language, diction and emotion. Naresh appearing briefly is fine. He lends the much needed emotional depth at a critical juncture. Prameela Rani playing the grandmother is a scream.

Getup Seenu is seen in a comic supporting part. He starts promisingly but is watered down by the end. Rajeev Kanakala is seen in a similar sort of role that he did in Love Story, but a non-serious one. It is the slang where the comparison arises. His role is not significant, but his presence is a welcome addition. The rest of the actors are apt for their small parts.

The music by PK Dandi is decent. It helps in setting the right mood and feel. Edorolu Raju’s cinematography is a mixed bag. The interior shots are alright, but the exterior scenes lack the same sharpness. A short film vibe is visible throughout. The editing by Prawin Pudi is neat and helps in a smooth flow of emotions. There is no hurriedness. The writing is where Oka Chinna Family Story works. When you remember even a ‘Pappucharu’ segment and laugh with it, you know it has worked.