Home Reviews Out of Love Review – An Arresting Family Drama in the Garb...
Binged Rating7/10 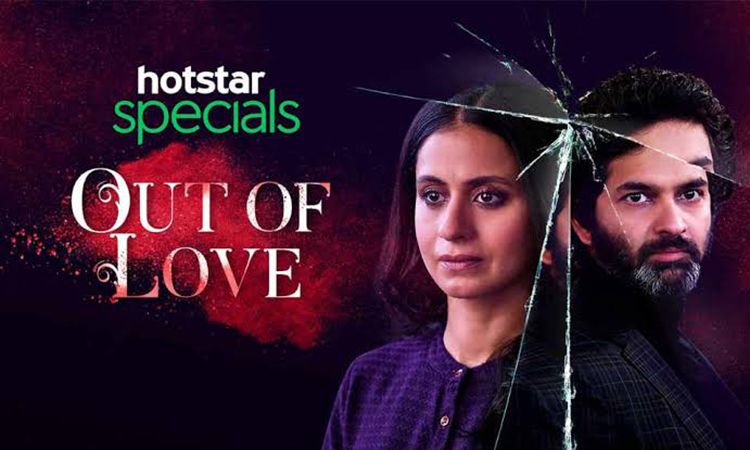 BOTTOM LINE: An Arresting Family Drama in the Garb of a Thriller

It’s a picture-perfect marriage, with the couple coasting along in the ‘happy ever after’ phase of their lives. Akarsh Kapoor, a businessman and Dr Meera Kapoor, living in Coonoor are ideal parents to a pre-teenager son Abhishek. The two still have the hots for each other and it seems as if nothing could ever go wrong in this paradise until all hell breaks loose. Meera finds a strand of a woman’s hair on Akarsh’s shirt. Her suspicion about Akarsh’s extramarital affair unleashes the beast in her. She is on a wild hunt to confirm if the other woman in her husband’s life is merely a figment of her imagination. Meera is crushed to pieces when her worst fears ring true. What’s the future of their relationship? 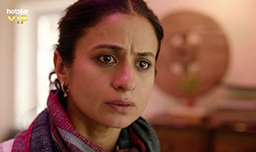 If it’s the original story and the solid adaptation that provide a firm foundation to Out of Love, the performances only further the impact. Rasika Dugal, who hasn’t got her due in feature films yet, unleashes her volcanic talent in the shoes of a medico, grappling with trust issues in her marriage. Her transformation through the series, especially in her moments of grey, happens so effortlessly that makes you wonder why this side of Rasika has been left untapped all these years. She couldn’t have asked for a more layered, varied role to present her range as an actor.

Purab Kohli is truly making the best of what the digital medium has to offer. After playing a cop in Typewriter, he switches into the role of an unreliable, ‘naughty-40s’ husband in Out of Love with ease. The writers also do well to not antagonise his part completely. Purab completely looks his part and slips into the skin of his character. Soni Razdan, as an ailing mother to a wayward son, lends authority to her portrayal, mirroring the brokenness in her heart beneath the fragile health. The child actor Ricky Patel is a surprise package putting forth a composure rare for his age. The supporting cast remains dependable with names comprising Ekavali Khanna, Harsh Chhaya, Suhas Ahuja, Sanghmitra Hitaishi among many.

Hotstar, after two terrific slice-of-life originals like Chappad Phaad Ke and Kanpuriye, continues its dream run on the digital front this year with Out of Love, a stirring relationship drama, based on BBC’s international show Doctor Foster. Well-adapted in an Indian context, the uniqueness of this relationship drama (with a one-liner of a story, about a wife trying to confirm if her husband’s cheating on her) lies in its staging in the garb of a whodunit thriller. The narrative, revolving around a couple on the verge of separation, replaces the usual dramatic sequences that surface between a husband and a wife with a hint of suspense.

Every character has an air of unpredictability and shades of grey, and the long-yet-effective episodes keep us curious about the various directions that the narrative could take. The story is told through the eyes of Meera, a woman who invests her heart and soul into a marriage for more than a decade, only to realise it’s for a lost cause. The pristine, surreal backdrop of Coonoor and Ooty serves as a perfect contrast to her internal turmoil. A wide cobweb of flawed characters surrounds her to keep you intrigued.

A young patient of Meera has an abusive boyfriend, who uses her to procure sleeping pills to manufacture a dangerous drug. A co-doctor and a good friend to Meera, despite knowing Akarsh’s infidelity issues and his reluctance to stick to a single partner, hides his murky past from her (Meera). Akarsh’s mom is helplessly going through stage four cancer, that interestingly metaphorises the silent death of the relationship between Akarsh and Meera too. The son is mature enough to recognise the tension between his parents and doesn’t mince words about it too. The interweaving of these diverse sub-plots is done with wonderful finesse.

Crisis in any form can unleash the worst side to a human and the directors Aijaz Khan and Tigmanshu Dhulia present the same with the gradual unravelling of the darker layers of the protagonist, who’s introduced as the flawless woman who could do no wrong. Of course, there is an element of exaggeration in the air too. Every couple in the series seems to have infidelity issues and the story, time and again, normalises extramarital affairs. There’s not a single word of Tamil in a story completely set in Tamil Nadu. Yes, that may be fictional liberty but for the striking realism that the storytellers have tried to maintain through the series, that isn’t a hard bargain after all.

The subtle, underplayed tone of the series, the lavishness with which it is mounted, lends it a British vibe of sorts. But it’s the tight-knit screenplay that does the trick in Out of Love. At over four hours, the series leaves you gasping for breath and the wait for the next season seems a long one already. 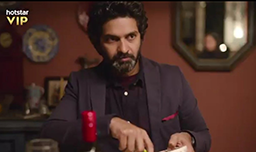 The potent situations, moist with emotion, helps the cause of the composer Sameer Phaterphekar in coming up with a riveting score that doesn’t lose steam for the most part. The visual exterior of the series exudes a sense of regality and class, which reflects the professional camaraderie that Out of Love’s production designer and cinematographer share. The writing, despite having to work through the most cliched of premises, is the unsung hero of the series, packaging a delectable mix of drama, thrills with traces of a revenge angle too.