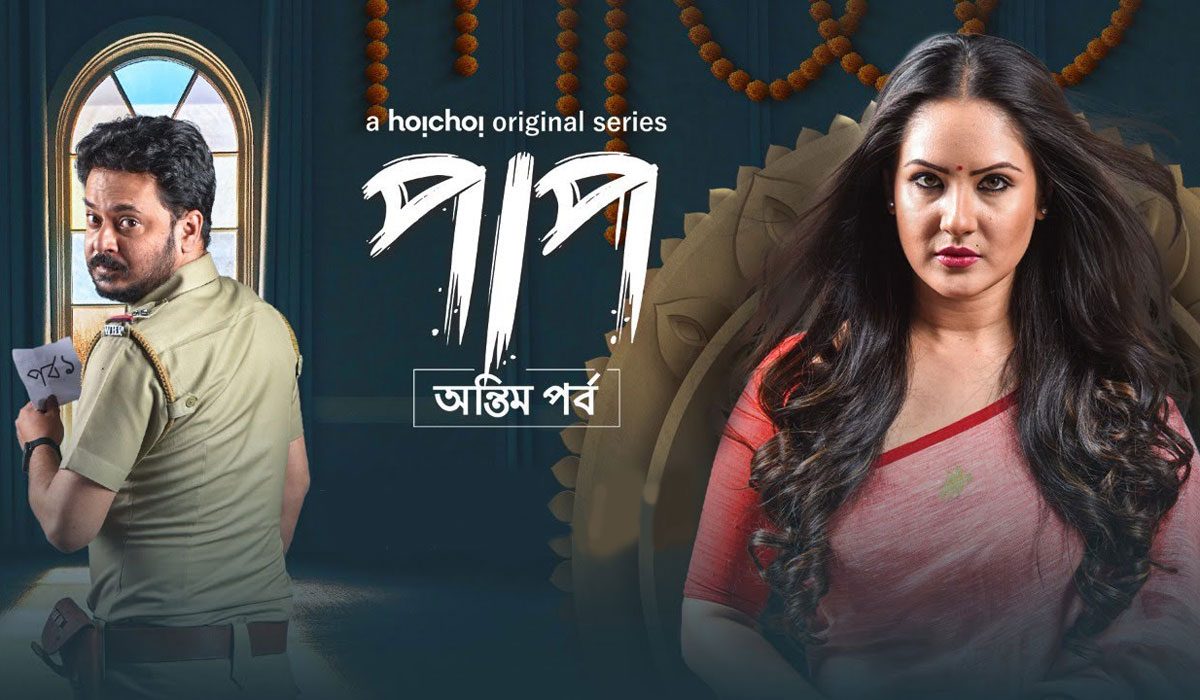 Parboni (Puja Banerjee), aka Paru, returns to the sprawling Choudhary household in Palashpur, bringing with her dark secrets of the past. Season 1 had seen two murders take place in the huge mansion. As the series of murders continues in Season 2, all the gruesome deaths are somehow connected to Paru and her past in the house. But owing to a recent accident, Paru remembers nothing of her own past. Police investigator, Inspector Haldar (Rahul Banerjee) is left flabbergasted with the spate of murders, all of which follow the same pattern. The suspense unfolds in the course of five episodes, ending with a surprising twist in the climax. Paap: Antim Pawrbo is directed by Joydeep Mukherjee, written by Ayan Chakraborti, and produced by SVF Entertainment. 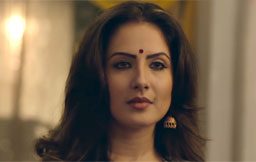 Puja Banerjee is enigmatic and ethereal as Parboni. She infuses her performance with a highly effective air of mystery, which lends supernatural vibes to the narrative. She is the heart and soul of Paap Season 2: Antim Pawrbo. Rahul Banerjee is cast perfectly as Inspector Haldar. He emotes effortlessly, conveying the personality of his character with ease – overbearing and obnoxious in the beginning; suspicious and high-strung in the latter episodes; and positively menacing in the climax. The rest of the cast has done an adequate job, expressing fear and trepidation without going over the top.

In having to stand up to the bar set by Paap Season 1, Paap: Antim Pawrbo has a difficult task at hand. Paap Season 1 was a truly gripping season, soaked as it was in mystery, suspense and a supernatural flavour. Paap Season 2 succeeds somewhat in recreating the spooky element that made Season 1 such a winner. The fast pace and things happening at break-neck speed help in keeping the narrative engaging. The pattern of the murders – the same key found in each of the murder victims’ stomach, a balled up piece of paper stuffed into their mouths, announcing the start of a new chapter in what Inspector Haldar describes as the ‘Book of Death’ – adds to the intrigue.

The introduction of the interesting character of the son-in-law of the household, and the unravelling of his secret, keeps the suspense alive well into the later episodes. It is only in the last episode that the narrative flounders a wee bit. The story does itself a disservice by giving away crucial hints to the identity of the killer right in the beginning of the finale episode itself. Yet, the final reveal is astonishing – you wouldn’t have seen it coming even from close quarters! 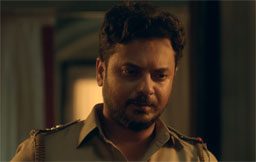 That said, Paap Season 2 maintains its suspense until the end. However, the frequent flashback sequences that show Paru’s sexual exploitation at the hands of the Chaudhary men give ample clue that Paru is connected to the murders, one way or the other. Maybe that portion of the series could have been shown at one go after the suspense reveal, instead of peppering the entire series with the disturbing visuals.

Another aspect relating to the sexual exploitation flashback sequences – they are too many and too repetitive for comfort. After a while, it gets quite tedious to watch similar scenes again and again, as if they are being played on loop. They may be significant to the story to establish the extent of the depravity of the Choudhary family, but they do get too much to watch on repeat. Also, the end seems rushed, and is not fleshed out well. Everything happens much too quickly to make the impact it should have.

Overall, Paap Season 2: Antim Pawrbo is a good watch, more so owing to the short runtime – five episodes, 26 – 28 minutes each, which effectively equals the runtime of a feature film. You could watch the entire season just like you would watch a film in the suspense and murder mystery genre. If you’ve watched Paap Season 1, you’ll better appreciate the enigma and mystery of the narrative than if you just watch Season 2 alone. 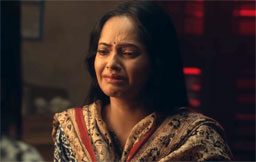 The background score of Paap Season 2: Antim Pawrbo is by Subho Pramanik. It is atmospheric, enigmatic and sets the right tone for the suspenseful story to unravel on screen. It is a good piece of work by the composer, especially when you note that most Indian murder mystery shows have loud, over-the-top background scores that get on your nerves.

Tuban’s cinematography is average; it does not lend anything special to the story. Arabinda Dasgupta’s editing is adequate too.

The repetitive flashback sequences of Paru’s sexual exploitation
The finale episode seems rushed and poorly fleshed out, even though the ultimate reveal is good

Somewhat, though you get the niggling feeling that it could have been much better had it ironed out the few drawbacks in the narrative

It’s good as a one-time watch, but with one finger firmly placed on the fast-forward button – to speed up the repetitive flashback sequences