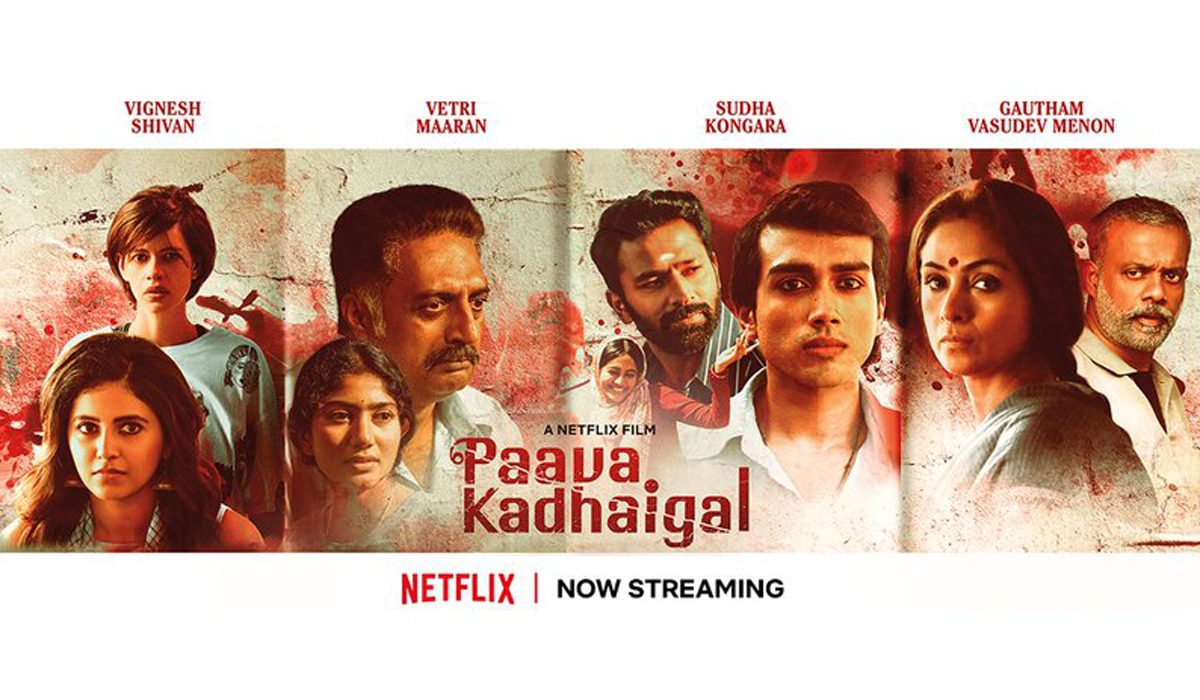 BOTTOM LINE: A Serious Drama About Killings Due To Honour

Paava Kadhaigal is an anthology movie comprising of four short stories sharing a similar theme. The common point across all is killing to safeguard honour. It happens under different circumstances (Pride, Sin, Love and Honour), but it is the common factor. 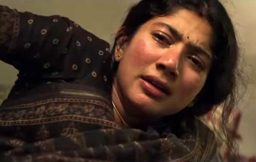 Everyone who is part of the anthology in different shorts is well cast and do their jobs accordingly. The ones who stand out immediately are Kalidas Jayaram, Simran, Anjali and Sai Pallavi. Not that, others are lower, but when it comes to some of them like Prakash Raj, it is expected from him, and he delivers. Gautham Menon is slowly turning into a confident actor. He has done his best acting in his short.

However, Kalidas Jayaram easily stands a notch above everyone else. His performance as a transgender person is on the spot without going over the top. The other emotions too, are subtly brought in without straining. There is a silky-smooth flow like quality with his whole presence and act that connects immediately.

Simran, after a long time, is seen in a performance-oriented part, even though it is short. Her scenes involving the younger kid and facing the people are well executed and acted. She brings out the pain of the character well, which helps us in understanding the vital moment of the story.

Anjali is her usual self and reliable which is the same with Sai Pallavi. Shantanu Bhagyaraj shines at the end of his part. Kalki Koechlin and Padam Kumar are decent. 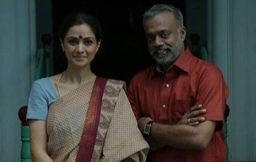 The anthology is helmed by some top names in the Tamil cinema currently. They are Sudha Kongara, Vignesh Shivan. Gautham Vasudev Menon and Vetrimaaran. They have unique styles, and usually, it would be impossible to for a smooth narrative. But, the common element that they have to deliver makes the proceedings gripping.

Sudha Kongara, who is basking in the glory of her recent blockbuster success of Soorarai Pottru, delivers again with Thangam. The setting is within her terrain, but the focus here is different. The relationship between Sathaar and Saravanan is excellently portrayed. Once that is done, the rest seems less important due to the predictable factor. And yet, tears come out when it matters due to the excellent directorial skills.

Gautham Menon is in form. He delivers again for an anthology. Vaanmagal has all the typical elements seen in his movies. The dialogues stand out, especially the ones he has written for the character he plays. The father not able to face the daughter after the incidence and his pain and fears are all well written and acted. The ending will make one question the choice, but it is neatly established from the point of view of the wife.

The remaining two shorts, Love Panna Uttranum and Oor Iravu by Vignesh Shivan and Vetrimaaran leave us with mixed feeling. They are well shot and acted, no doubt, but they lack freshness.

The one with Vetrimaaran especially is very straight forward and painful to watch. He seems to know that as well, which is why the back and forth screenplay is employed. Also, he brings in the perspective of the person committing the crime (via people effected related to him). Again, it is not entirely unexpected, and the predictability dominates the proceedings. With Vignesh Shivan, the trivialisation of a sensitive topic is an issue, but it goes in sync with his overall flamboyant and stylistic approach.

The bigger problem here with Paava Kadhaigal is the lack of surprise story-wise. As the theme is known, the tragedy is expected at the start itself. Everything operates under a cloud of being ominous. Therefore, all the endings don’t have the desired impact. It is the heart-wrenching prelude to the expected climax where the real deal lies.

Overall, Paava Kadhaigaal is a consistently intense and serious watch. The predictability takes off some of the sheen. But, if one doesn’t mind the heaviness, it should be given a try. 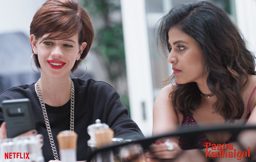 The most fantastic aspect of the whole anthology is the beautiful integration of the music in the narrative. It never hinders with the overall story and leaves an impact. The lyrics are also appropriate and contextual.

The cinematography across the shorts is excellent and so the editing which makes the whole thing a gripping watch. It has pace issues, but the ominous feeling overrides it. The writing is where one feels the inconsistency. While a couple is top-notch, the others aren’t on the same level.

Acting Across All Stories

Feels lengthy After A Point