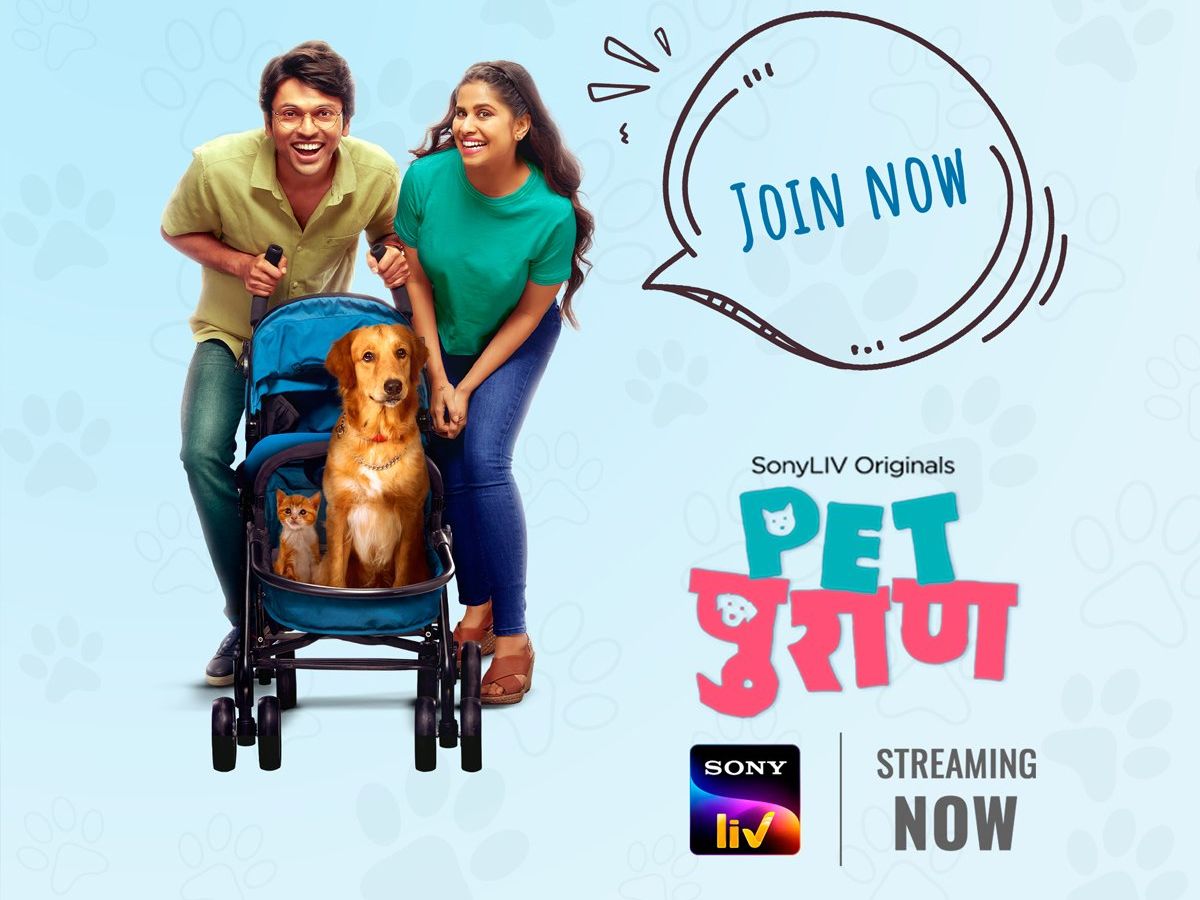 SonyLIV’s latest Marathi series, ‘Pet Puraan’, is the story of married couple Aditi (Sai Tamhankar) and Atul (Lalit Prabhakar), who bring a couple of pets, a dog and a cat, into their lives. They cock a snook at societal expectations, and adopt pets as their babies instead of having their own, of the human kind. It takes some time for them to love the pets like they would love family, but the couple gradually learns to shower unconditional love on their furry babies.

Pet Puraan is created and directed by Dnyanesh Zoting. It is produced by Ranjit Gugle.

Sai Tamhankar and Lalit Prabhakar are well cast as the married couple, mainly due to the easy chemistry they share. They give off the precise vibes of a happy, well-adjusted couple, in a marriage that comes across as lived in and relatable. Rushi Manohar gives great support as the couple’s pet-loving friend, Parag. Lastly, Rasika Agashe is superb as animal activist, Ms D’Souza. On the whole, the performances in Pet Puraan are realistic and natural, with no hamming to mar the proceedings.

Pet Puraan is all about loving your….pets! The series starts off shakily, but grows in strength steadily as the episodes unroll. The first episode feels forced and insincere, especially in the dream sequences. It does, however, cast a spotlight on how Indian society harangues a couple that is married for several years but is still childless. Anyone and everyone has an opinion or advice for Aditi and Atul, so that they can enjoy the bliss of parenthood soon. None considers, even for a moment, the fact that having a baby—or not—is the sole decision of the couple in question, and no one else’s.

The surprise entry of Baku, the kitten, and Vyanku, the Golden Retriever, into Atul and Aditi’s lives dominates the narrative from the second episode onwards. Their old mundane, organised lifestyle goes for a toss, to be replaced by chaos and confusion. The two furry creatures do not see eye to eye in the beginning. But after lots of ensuing drama, the cuties learn to tolerate each other, and yes, love each other towards the end.

Subsequent episodes of Pet Puraan touch upon myriad issues that most pet parents face on a daily basis. Setting poop and feed routines; hostile, pet-averse members in housing societies; the illegal pet trade in big cities, and the abominable conditions the poor animals are kept in; to illegal breeding of high value pets such as Golden Retrievers — Pet Puraan casts a sweeping eye on several such issues.

The narrative maintains a cheery and humorous tenor throughout, thus making it fairly easy for the viewer to breeze through the 6-episode show. The diverse issues are resolved in an amenable, non-preachy way. The episodes could be kept at a crisp 20-22 minutes to make Pet Puraan more engaging and less draggy.

Neelesh Mandalapu’s background score is pleasing to the ear, suiting the endearing tale perfectly. Pushkar Zoting’s camera captures the furry stars of Pet Puraan well. The rest of the camerawork is average. Abhijeet Deshpande’s editing is good most of the time, though it tends to falter slightly around the four-legged cast members of the show.

Shorter episodes would have been better

I found it mildly engaging

Yes, for animal lovers. No, for action and thrill junkies