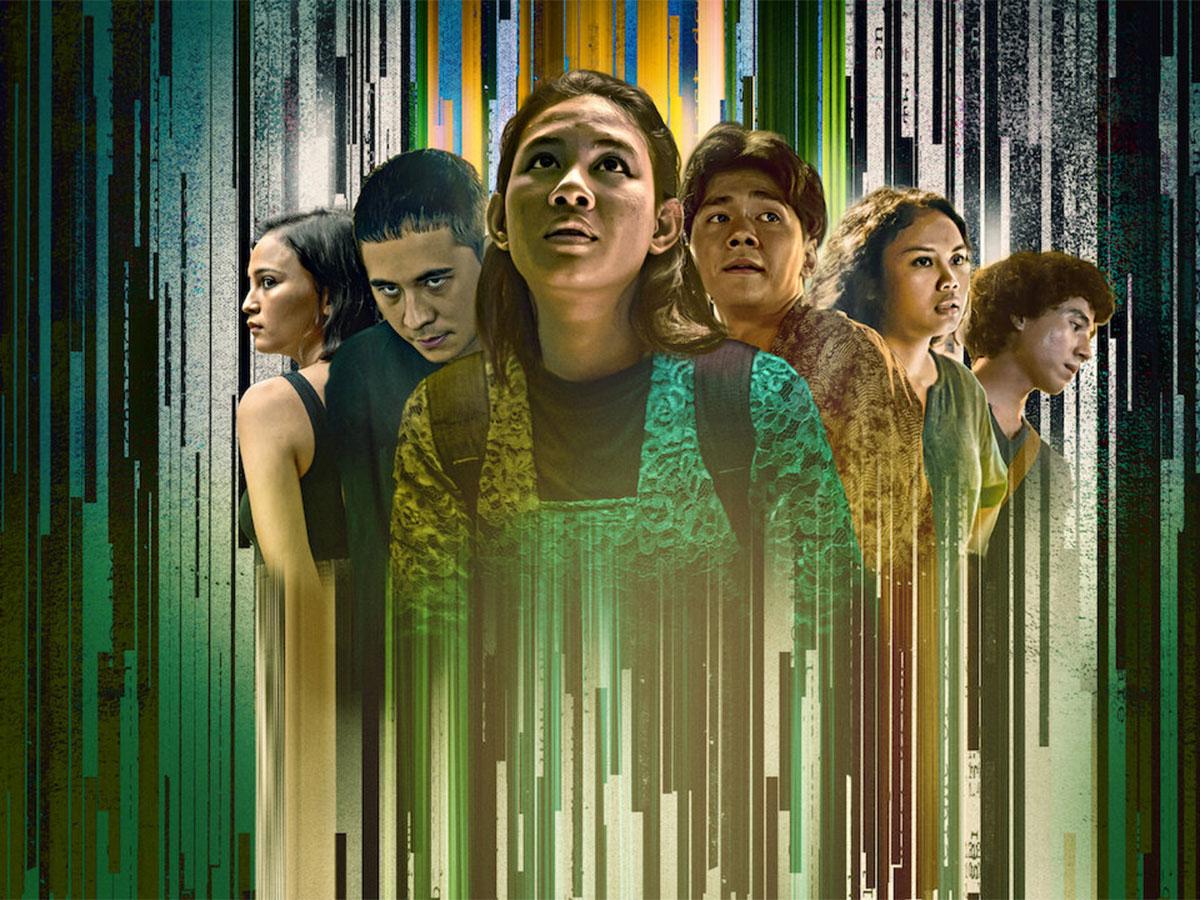 BOTTOM LINE: A Complex Yet Gripping Tale Of Lies & Deceit

Skin N Swear: A bit of both

Suryani AKA Sur, a college freshman, loses her scholarship after a few drunken selfies of hers start circulating online. Sur, having no memory of taking such selfies, since she was blacked out drunk at the time, decides to piece together the events that led to those selfies that night with the help of her friend, Amin. Will she find the culprits who took her drunken photos? Will she be able to get her scholarship back?

Photocopier is shown primarily from the point-of-view of Sur, but the film somehow manages to give us an insight into nearly every other character she interacts with. Shenina Cinnamon portrays Suryani, a young, shy Muslim college student. The character is forced through many traumatic events in Photocopier and Shenina delivers a noteworthy performance. Sur’s life turns upside down after just one night and Shenina’s nuanced performance keeps us invested from start to finish.

While Shenina’s performance is the main driving force of Photocopier, she has a brilliant supporting cast who becomes key during the second half. Lutesha’s portrayal of Farah and Jerome Kurnia’s portrayal of Tariq are underrated and the trio of Shenina, Lutesha and Jerome drive the plot home in the third (final) act of the film. Giulio Parengkuan is one of the best performers in the film, quickly shifting the personality of Rama (the character he portrays) from easy going, to intimidating, to down-right crazy. His villainous turn comes as a surprise, while his final “entrance” is both intense yet has a lot of flair.

Chicco Kurniawan’s performance as Amin also deserves a mention as well. The dubious nature of the character allows Chicco to play a more nuanced role and he pulls it off well.

Photocopier is a surprisingly engaging film. Wregas Bhanuteja, the writer-director behind this feature film deserves a lot of credit for how good it is.  One of the reasons why the film is good is because of how well the characters are written. While nearly all characters are shown from the point-of-view of Sur, Wregas manages to provide enough depth for each character. But for a film like this, Wregas needs a good team. And from what we can see from the film’s cinematography, grounded scores & background music and the actors – Wregas had an exceptional team to create this movie.

The driving force of the film is the film’s story, fleshed-out characters and its grounded realism. Let’s break that down. So what is the story? A few selfies of a drunken Sur starts circulating around the university campus where Sur has been accepted. Upon seeing these photos, the university decides to strip her off her scholarship. While she doesn’t know who took these photos and tries to plead her innocence, the committee refuses to listen to her. Her father kicks her out of the house and she is forced to stay with her friend, Amin, a young man working as a photocopier on campus. Knowing that she is innocent, she decides to find out the truth behind the photos and starts to trace her steps back to the party she had attended the previous night. And what she finds out along the way is quite devastating.

The thing is, sometime after Sur wakes up after her drunken night, she finds out that her top has been put on wrong. With no memory from that night, she starts to fear the worst. Sur’s investigation leads her to hack the phones of the other students from the party, and she starts to illegally obtain evidence of misconduct. Rama’s duplicitous nature and Amin’s desperation leads her down a dark path, but Sur finds some surprising allies in Farah and Tariq. The story shows us that Sur, Farah and Tariq are all victims of sexual assault – all done by the same person. Photocopier’s narrative and lack of any unnecessary score keeps this gritty movie grounded and realistic.

And this realism comes from the well-developed characters. While we know that Sur is the protagonist of Photocopier, we do not know who the other main characters are. For a long time, we think that Amin and Anggun are going to be Sur’s friends, who are slightly unsympathetic to her plight, while Tariq is the main antagonist. Halfway through the film, we understand that Anggun doesn’t care much about Sur’s problem after finding out that Sur’s selfies are actually Sur’s own doing. Amin and Rama have a dark secret and Tariq is as much a victim as Sur. Sur’s parents, the cab driver and the college committee members, while not as fleshed out as the other characters, play an important role in the lives of the victim.

And the brilliant finale, Rama’s grand entrance, alone makes this film worth watching. A slight problem with that scene is that it is almost a borderline plot hole. Sure, Rama’s exaggerated entrance and over-the-top destroying of the evidence makes sense on some level. Sur, Tariq and Farah know who Rama is in real life, so he can be himself – and no one will believe his entrance. On the other hand, it would have been smarter to kill these three off. Especially since Rama has a lot of money. The film should have ended right there with Rama’s men killing our main protagonists and him getting off scot-free. Still, the end of that sequence will have left the audience members quite hopeless – which is exactly what the writer-director wanted. The last 2-3 minutes is about fighting the good fight and the victims trying their best to tell their story.

Overall, Photocopier is a film worth watching. It is a story that gives us a different look into how sexual assault takes place and how people in authority choose to deal with it. There is no unnecessary preachy subtle messaging and it is a movie that keeps us very engaged.

The side characters in this film are quite interesting as well. Lukman Sardi and Ruth Marini portray Sur’s parents on screen and they do a very good job. Lukman’s character is disheartening, while Ruth gives an underrated performance. Dea Panendra deserves a mention for a nuanced performance as Anggun.

The screenplay and direction deserve props, as mentioned earlier. While there is no music to speak of, the few music segments are used cleverly throughout the film. The cinematography and editing also deserve a special mention as well.

Yes. It is a film worth a watch