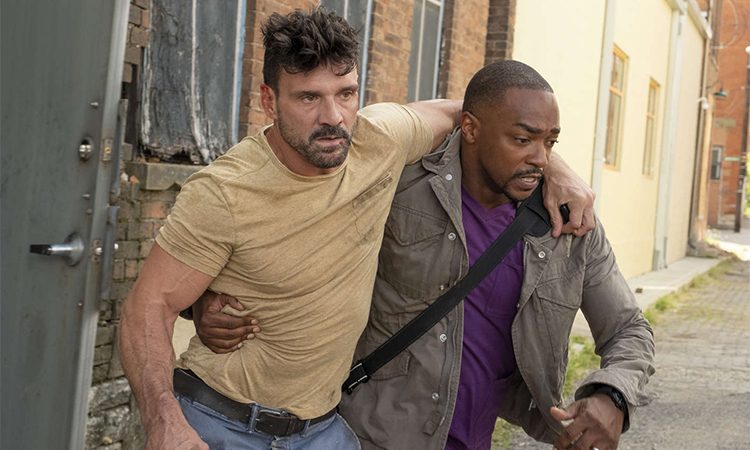 BOTTOM LINE: An Average Thriller That Entertains In Parts 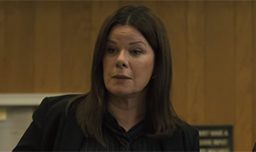 Abe Guevera (Frank Grillo) is fatally injured in an accident and admitted to the hospital. Paul (Anthony Mackie) is the assigned nurse to take care of him. He also has a pregnant wife to look after. In an attempt to get Abe out of hospital his brother, Mateo Guevera (Christian Cooke), kidnaps Paul’s wife Taryn (Teyonah Paris).

During the same time, the cops led by Let. Regina Lewis (Marcia Gay Harden), are also looking for Abe, who is pursued for a murder attempt. How Abe and Paul are forced to stick together and get out of the respective crisis is what the film is all about?

The film has minimal characters where both Frank Grillo and Anthony Mackie play the parallel leads. From each perspective, they are the heroes of the story. We pick Anthony Mackie as the lead actor as he has better fleshed out role and performance.

Right from the beginning, Anthony Mackie gets into the act by playing a lovable husband and then a nurse on a mission. The confusion and shock of the chaos that is happening around him are neatly portrayed. He soon develops a bromance with Frank, and that becomes the movie’s mainstay.

The story of Point Blank is simple with neat twists woven in the screenplay to keep the proceedings tight. It is a remake of a French movie of the same name. Director Joe Lynch has a simple job to the narrative clear of boredom and convolution. He does a neat job of that.

Point Blank gets going from the opening shot of a shootout in the neighbourhood. It goes about that way with a fast pace until the end. Only small emotional moments are given time to register.

What works for the movie is the buddy cop elements between two main male leads Frank Grillo and Anthony Mackie. They play the two stereotypes to the best of their abilities. Frank sets perfectly as the no-nonsense guy, with a good heart and right intentions whereas Anthony Mackie, slips into the innocent making the wrong moves and landing the duo in trouble person with ease. They help us breeze through the proceedings, and Joe Lynch does well in giving the right screen time with proper action thrown in between.

The other track involving the pregnant wife starts well but gets loud and overdramatic. It is alright, but it enters a farcical zone with the continuous over-action that undermines the emotional underpinning of the track. It is okay on the other side involving the brother, though.

After all the twists and build-up for the character of Big D, and the seriousness associated with it, the way the narrative proceedings after meeting him and continues after that brings down the whole effort. It feels as if all the tension has fizzled out and we are watching a comedy suddenly. The sudden shift in tone feels jarring and undoes the good work. Is it still enjoyable, it is, but it weakens the entire narrative, in the process.

Overall, Point Blank delivers fast-paced action and drama with neat twists for a large part. The stakes seem genuine before it declines and ends up in a flat and predictable climax. It makes for a passable, run-of-the-mill thriller which can be given a shot at binge-watching.

Frank Grillo comes across as proper action hero with a bit of deadpan humour thrown-in. He is perfect for the part and does an adequately likeable job with it. As mentioned previously, the scenes involving him and Anthony Mackie hit the right notes and keep us engaged in the narrative.

Marcia Gay Harden and Teyonah Parris play the two principal female roles in the movie. Each part is vital to the narrative. The former playing a cop is good whereas the latter deteriorates as the film progresses and becomes a bit unbearable towards the end due to the loudness. Boris McGiver is wasted. Markice Moore generates fun in a small role.

Mitch Lee’s music is punchy and catchy but somehow feels out of place for the serious narrative the movie is supposed to have. The cinematography by Juanmi Azpiroz is excellent. The slick look combined with Jim Page’s sharp editing gives the film a fast pace. The writing is adequate throughout. 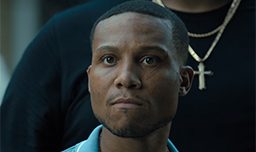 Lack of Emotional Connect
Climax
Decent, But of Place BGM