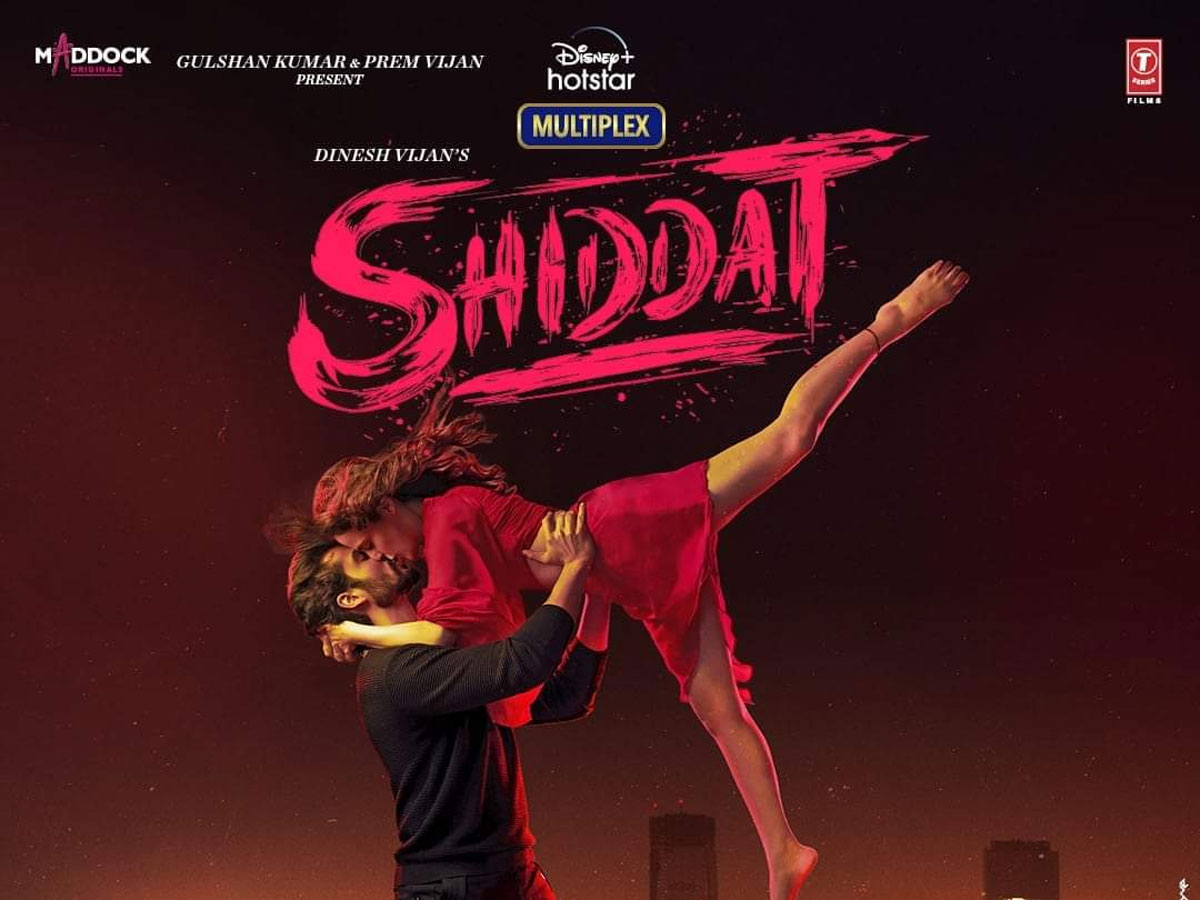 Skin N Swear: Not much of either.

A heartwarming wedding speech from Gautam to his bride makes Jaggi desire for a similar love, a love worth journeying around the globe for. Over two years later, he meets Kartika and finds that love – however, Kartika doesn’t feel the same way. What’s more, she is going to get married to London in three months. Will Jaggi be able to reach the English capital in time to stop Kartika’s wedding? Will Kartika even want Jaggi to do it?

There are three main actors who attempt to carry this film – Sunny Kaushal, Radhika Madan and Mohit Raina. Sunny Kaushal and Radhika Madan play the parts of our two star-crossed lovers – or rather, Sunny does all the work on his own for the first half of the film. They are somewhat convincing – again, Sunny does most of the convincing part of the film, while Radhika exists as the female love interest in this romance film. Don’t get us wrong, Radhika manages to make Kartika more than a one-dimensional character but the script hinders Kartika and cuts her at the knees (as well as every other actor on screen).

Mohit Raina is probably the best actor in Shiddat. His character, Gautam has an arc of his own and Mohit manages to make the most of it. He is by far the most interesting character in the film, and his love story is more realistic than the actual story we are forced to follow. Besides the realism, Mohit himself makes us want to root for him.

Normally, the story is the driving force of a film, but in this movie – it is the actors. And for a film like Shiddat, that depends heavily on dialogue and plot, that is not something you want to see. The Hotstar released flick is essentially a twin romance film where one main love story is the entire plot of the film while the second love story happens in the background of said plot. One love story takes place during a couple of months and the other has been going on for at least three years. While many will assume that the story we follow is the (atleast ) three-year-long romance, we instead get to watch a couple fall in love in 90 days. Why? No idea.

And this is just the first issue we find in this film. Shiddat is filled with, let’s say, loads of “Bollywood romance tactics”. This includes – some old school toxic masculinity, stalker tactics 101, some creative creepy schemes, impressing a girl with his naked body, etcetera, etcetera. In the real world, half the things Jaggi does or says to Kartika would at least warrant a disciplinary hearing, but Kartika chooses these moments to feel attracted to him. Which doesn’t make any sense since Kartika seems to be a modern day woman, who should not accept this type of “flirting” – the key word being should. Unless Kartika is secretly a different kind of masochist.

The funny part is, the actors know about all of the aforementioned problems, but they are forced to make it work for the sake of the story. The premise, the basic storyline of the film is quite interesting. But the final execution AKA the script is ridiculous. There are three writers who are credited for Shiddat and either one or two of them messed up big time with the overall screenplay. This is not counting the other various plot holes and issues such as Jaggi falling in love with a girl after sleeping with her once without even processing his feelings, Jaggi getting betrayed by the kid who essentially saved his life, Kartika falling in love with Jaggi, Kartika not reporting Jaggi (pretty much Kartika talking to Jaggi doesn’t make any sense), Jaggi getting found by the coast guard immediately after he loses conscious, why does Jaggi let go of the piece of wood? So many plot holes, questions and issues- no real (or realistic) answers.

And yet, somehow, this movie manages to be somewhat watchable. Like we mentioned earlier, the cast plays a huge part in that. Sunny, Radhika, Mohit and to an extent Diana Penty are what makes this film pass the time and some brilliant cinematography didn’t hurt the movie either. The actors work with the script they got and they manage to make the characters of Jaggi and Kartika likeable. The highlight of the film however is Gautam and his love story. Gautam meets his future wife, Ira during a class, and then asks her out to dinner. She cheekily asks if her boyfriend is also invited, who happens to be teaching them. A couple of years later (not mentioned in the film), they marry. And another three years later, we find that they have issues in their marriage. Gautam’s rigid code and Ira’s activism begin to clash and they take a break. Gautam learning when to give in and understanding when he should be flexible is one of the better character arcs seen in recent Hindi films. This short romance storyline should have been the plot of the film.

The movie also has an awful amount of cringe factors. Be it the romantic lines, situations or funny moments, they persist and also hurt the movie quite a bit. One main aspect, the screenplay, kills the film and destroys the good work done by most of the cast and crew. With a few tweaks here and there, Shiddat had the potential of becoming one of the best romance Indian films in recent years.

Diana Penty is the only other actor worth mentioning in this film. The other side characters barely get any screen time and Diana Penty is the closest to being a fourth lead in the film (which she probably is). While Diana, too is hampered by the subpar script, she manages to give us a better, more interesting character in Ira, than Kartika.

While the acting is the main driving force of this film, we have to talk about its cinematography and music. The cinematographer does some beautiful work and the director incorporates it well into the film. The music is decent as well.

If you like Bollywood romance films of old which feature your favourite old-school masculinity and an unrealistic college setting, then Shiddat is just what you have been waiting for. If not, skip.