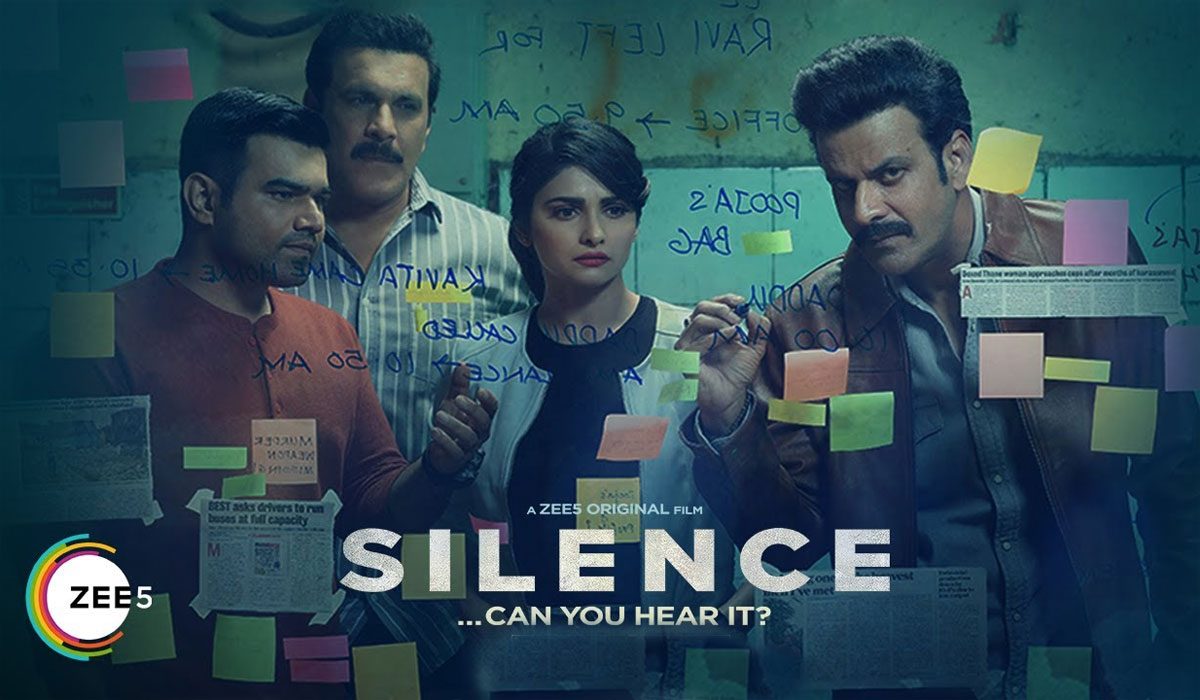 ‘Silence, Can You Hear It‘ is the latest original film from the prolific stables of ZEE5. It is a murder mystery, set in the backdrop of posh South Mumbai.

The dead body of Pooja (Barkha Singh) is found in the jungles of Khargar by a group of trekkers. Her bereaved father Justice Choudhary (Shishir Sharma) enlists the services of a relentless police officer, ACP Avinash Verma (Manoj Bajpayee), to crack the case and nab the killer. Avinash is assigned a dedicated team to solve the case – Sanjana Bhatia (Prachi Desai), Amit Chauhan (Sahil Vaid) and Raj Gupta (Vaquar).

Pooja’s last stopover was at her friend Kavita’s home, whose husband Ravi Khanna (Arjun Mathur) is apparently the last person who saw her alive. How Avinash gets to the bottom of the whodunit forms the rest of the story.

Silence, Can You Hear It is written and directed by Aban Bharucha Deohans. It is produced by Zee Studios. 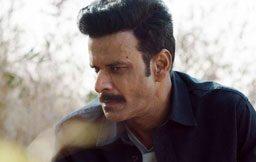 Manoj Bajpayee doesn’t miss a single beat or sound a discordant note in his performance as Avinash Verma, the police officer who resorts to unconventional means in his crime-solving endeavors. The character reminds one of his Shrikant Tiwari from ‘The Family Man‘, a similarity that can’t be helped maybe.

Prachi Desai is a welcome presence in her comeback film, delivering a flawless performance in her usual calm, reassuring style.

Arjun Mathur is edgy and jumpy enough to attract suspicion, though his character could’ve been written better. Sahil Vaid and Waquar lend good support with decent performances. Shishir Sharma and Denzil Smith, as ACP Verma’s reporting Commissioner of Police, bring the necessary flow to the proceedings.

‘Silence, Can You Hear It’ is as run-of-the-mill a murder mystery as it possibly can be. The storyline is nothing new, nor is there anything innovative about the treatment given to its telling. The plot is studded with loopholes, and any semblance of an intelligent, twisty murder mystery that leaves the viewer in awe with its cleverness leaks out of those loopholes. It also serves to make the detectives appear like bungling amateurs instead of seasoned crime-busters. They take up almost half the film’s runtime to arrive at the most basic yet crucial fact about the murder – the location of Pooja’s murder – something even a sixth-grader could conclude in the blink of an eye.

Besides the loopholes-ridden plot, another niggling issue with the film is the amount of redundancy in the narrative. Plot points are repeated unnecessarily; random shots, needless skirmishes, inessential characters, all weigh the storyline down. Several sequences in the film come across as unnecessary and seem to be added just to lend substance to the wafer thin plot. What they do instead is drag down the pace and grip of the storyline, leaving it slow, sketchy and saddled with loose ends. The ‘Sunny’ episode is one such sequence that is stretched beyond bearable.

Yet, despite these shortcomings, the film makes for a good watch. Two things command credit for this. The first is obviously Manoj Bajpayee’s charismatic presence and immaculate performance. The other is the dialogues of the film. The dialogues are excellent. Written by Aban Bharucha Deohans, they are neither filmy nor exaggerated, and thankfully, not melodramatic. The dialogues are well-written, impactful and carefully constructed with thoughtfulness and insight.

All said and done, Silence, Can You Hear It is good as a one-time watch, especially if you’re a fan of whodunits, well-written dialogues and Manoj Bajpayee.

Gaurav Godkhindi’s background score is perfectly composed to lend heft to the goings-on in the narrative. Arvind Singh’s camerawork captures the enigma and mystery of the story well, as also the tiny nuances that make Manoj Bajpayee’s ACP Verma a compelling character. Sandeep Kumar Sethy’s editing leaves a lot to be desired. Sharper editing would have done a world of good to ironing out glitches.

Watch only if whodunits are your thing

Silence Can You Hear It Review by Binged Bureau