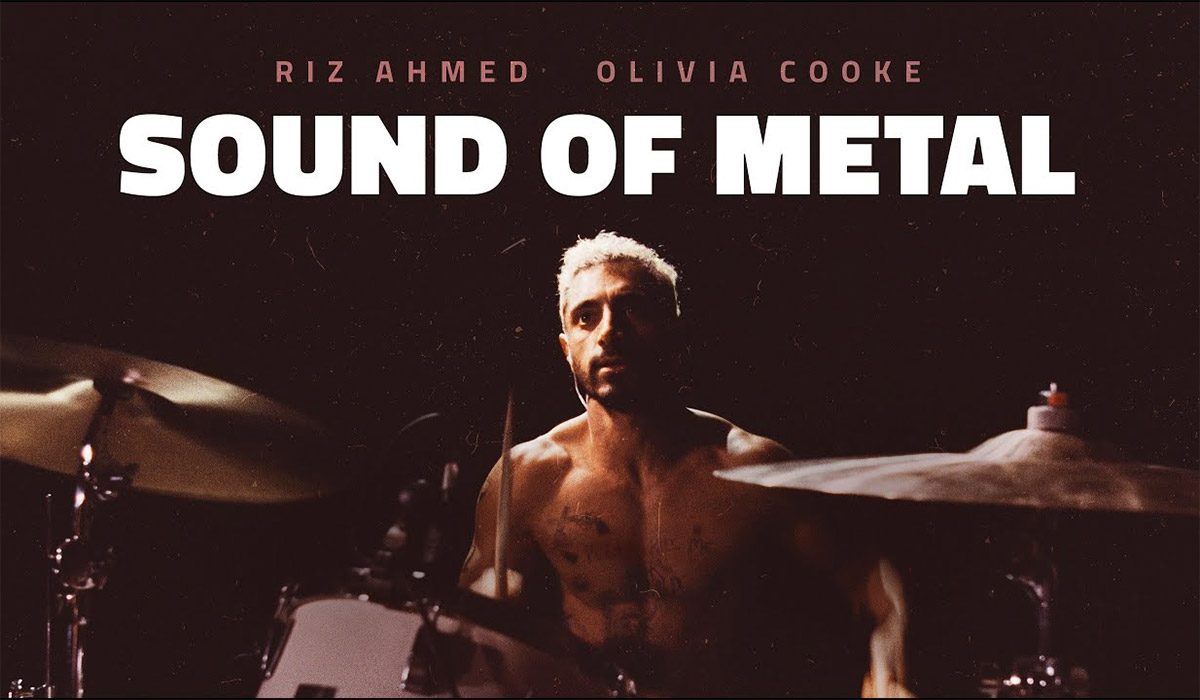 The Sound Of Metal is about drummer Ruben. What happens when he loses his hearing ability one day? How it affects his personal life and where he ends up is what the movie is all about?

Riz Ahmed, who has proven his acting talents in different roles is back with another difficult part in Sound Of Metal. He gets the body language right to play a drummer of a heavy metal band here. But, that seems to be the easier part as there is a lot to do with facial expressions and eyes only.

Many scenes focus on the eyes and convey the necessary emotion. It would have been challenging to sit through the many silent moments if not for Riz Ahmed’s believable act. He makes us feel the pain of the character and the decision it takes. It is one of the finest works from the actor, no doubt.

Sound of Metal is a misguiding title as one might think the movie to be about some rock band. It is partly, that, but a lot of the focus of the director Darius Marder is on the ‘sound’ in a real sense.

The plot of Sound of Metal is pretty simple. It is how Darius Marder presents it, is where it scores (or might fail to a few). The movie is too slow-paced, and the focus is on the lead character coming to terms with his unexpected disability.

The screenplay gives an extraordinary amount of time in establishing the routine of Ruben. What happens in his daily life, professionally and personally, are shown in a slow and detailed way. One gets engaged in the narrative only when it gets tossed upside down.

The best part of Sound of Metal is that we, as an audience, are taken into the world a deaf guy. The ‘Sound Design’ is done excellently to create the effect. Its impact is sure to be felt, and that is one of the reasons one is hooked to the narrative despite its thin storyline.

The lack of predictability in spite of a wafer-thin storyline is another critical factor. After a point, it might get clear, but the proceedings are designed to keep one engaged without knowing the outcome at the start itself.

The emotions are dealt with well involving overcoming personal grief as well as dealing with a relationship. The ending, therefore, might be a bit convenient in a way. Given Ruben’s predicament, it seems the only choice left. But, it appears to be made due to a specific artificial defect rather than a natural response.  It is here that the message of accepting the disability for what it is gets diluted.

Overall, Sound of Metal is a well-acted, honest film. It could be rewarding (depending on the ending) if one is exceptionally patient without bothering about the pace. Give it a try to see something fresh from the usual.

Paul Raci is the only other impactful character in the movie. Therefore, More than the acting, it is the conversation that he has with Ruben, which makes the narrative engaging. They are a life lesson, without going the preachy way. Among the rest, Olivia Cooke is alright playing the lead singer of the band. She doesn’t get enough to show her side but is okay whenever the small moment arrives.

Sound of Metal is all about ‘silence’ rather than ‘sound’. There, more than the background score, it is the technical department behind the sound design who should get credit. They have done an excellent job, and it is what makes the movie feel unique. The cinematography by Daniel Bouquet is okay. The editing by Mikkel EG Nielsen is the art school variety where there is a lot of lingering in on the moments and no flashy cuts. The writing is fine, on the whole.

Yes, But with Slight Reservation