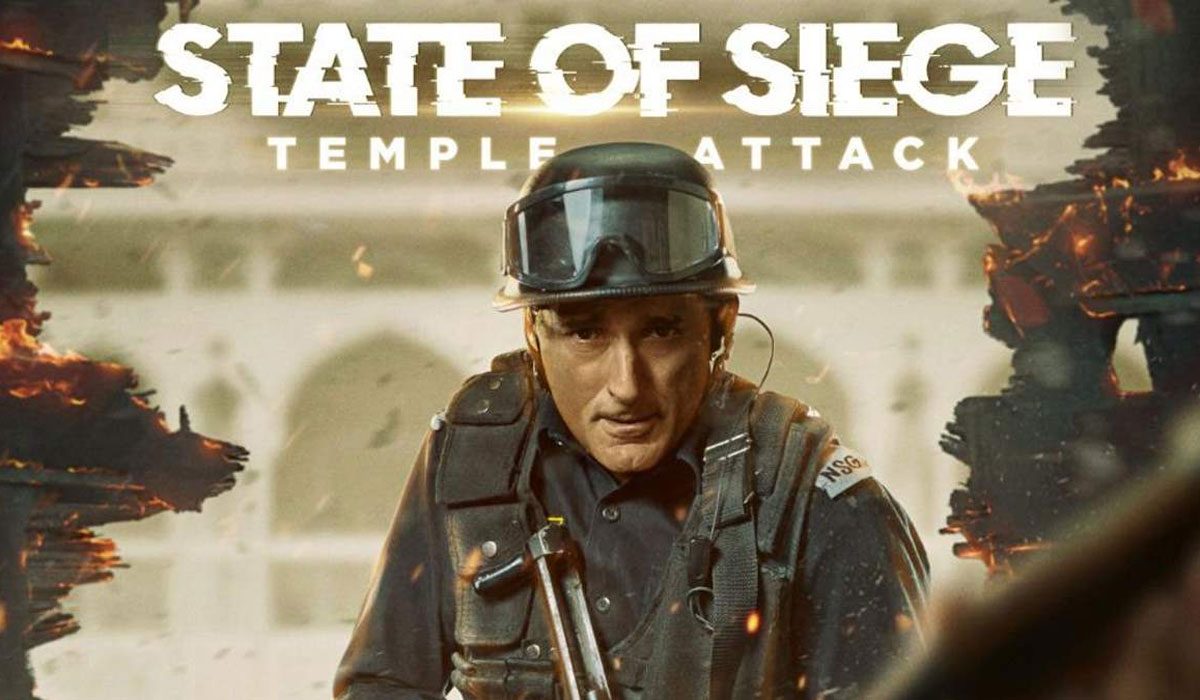 BOTTOM LINE: All About Akshaye Khanna

State Of Siege: Temple Attack is based on the terrorist attack on Akshardham Temple in Gandhinagar, Gujarat. How the National Security Guard (NSG) tackle the situation and end the hostage situation is the basic plot.

State of Siege is modelled as a series brand based on the two attempts. The previous one focused on the 26/11 Mumbai attacks and was a series. Temple Attack is a movie, though. 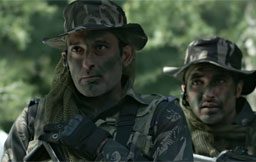 Akshaye Khanna is the lifeline of the movie. He suits the role of an NSG Commando and lives the part. The ageing aspect is also neatly utilised in the film without making Akshaye look weaker anywhere.

However, more importantly, it is the ‘acting’ that stands out rather than the physical aspect of the part. Akshaye Khanna, known for all-around acting – be it subtle or over the top, mostly remains in the former zone but shows a glimpse of the latter too whenever necessary. The trademark intensity can’t be missed and is a treat for those who love to see him act more.

Ken Ghosh directs State Of Siege: Temple Attack. It is a cinematic execution of an actual event that happened in Gujarat in 2002. It is here that the director falters.

After a smashing opening sequence that takes us back to the Uri and State of Siege: 26/11 with its slick visuals and quality, The Temple Attack fails to maintain consistency.

The main reason for it is the poorly written and predictable drama. It is the same for the commandos and the terrorists, as both lack meat and is routine. Everything feels like going through the motions, kind of with no emotional connection despite the best efforts.

What hooks the audience is the action. The opening sequences or the terrorist training camp, or the shootouts inside the temple – they all have that gripping quality that is essential for the movies in the genre to work. 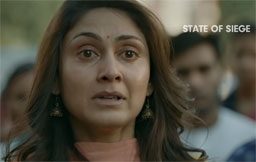 However, even in the action space, The Temple Attack gets over the top as it progresses. The climax fight feels like straight out of a masala movie. And that’s where the real issue with the film crops up. The ‘cinematic’ retelling of real-life events misses the mark. It feels rushed, and the weak characterisations stick out as a result.

The characters’ black and white painting (and presentation) without any depth further depletes the impact. The depiction of the terrorists look more caricaturish, ticking the various boxes rather than a natural act of inhumanness.

The jingoism is subtle, but it is there. After holding and bottling it up, it all comes out in the end. The concluding words are sure to draw ire of a segment how it derides the entire religion, albeit indirectly.

Overall, State of Siege: The Temple Attack is all about Akshaye Khanna’s role and action. He is present throughout, making the movie seem passable, but the rest of the characters and writing play spoilsport. Give it a try if you love the action genre and don’t mind predictable stuff; otherwise, stay away.

Apart from Akshaye Khanna, no one has got a real role in an impactful sense. Among the NSG’s Parvin Dabas, Gautam Rode, and Vivek Dahiya have decent roles. They are cliché filled and half-heartedly written. The actors do their parts well, though.

Mir Sarwar and Samir Soni are wasted. The actors playing the terrorists are well cast, even if they go the hammy way acting-wise. 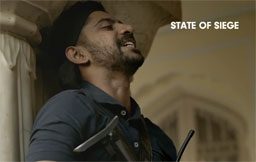 The background score by Karthik Shah is neat. It lends a racy feel to the proceedings. The cinematography by Tejal Pramod Shetye is good. Parts of the film do give a big-screen feel.  The editing by Mukesh Thakur is alright. There is nothing flashy, and things are kept at a basic level. The writing is weak and gives a generic vibe except for some scenes involving the main lead.

Gets Too Cinematic Too Soon