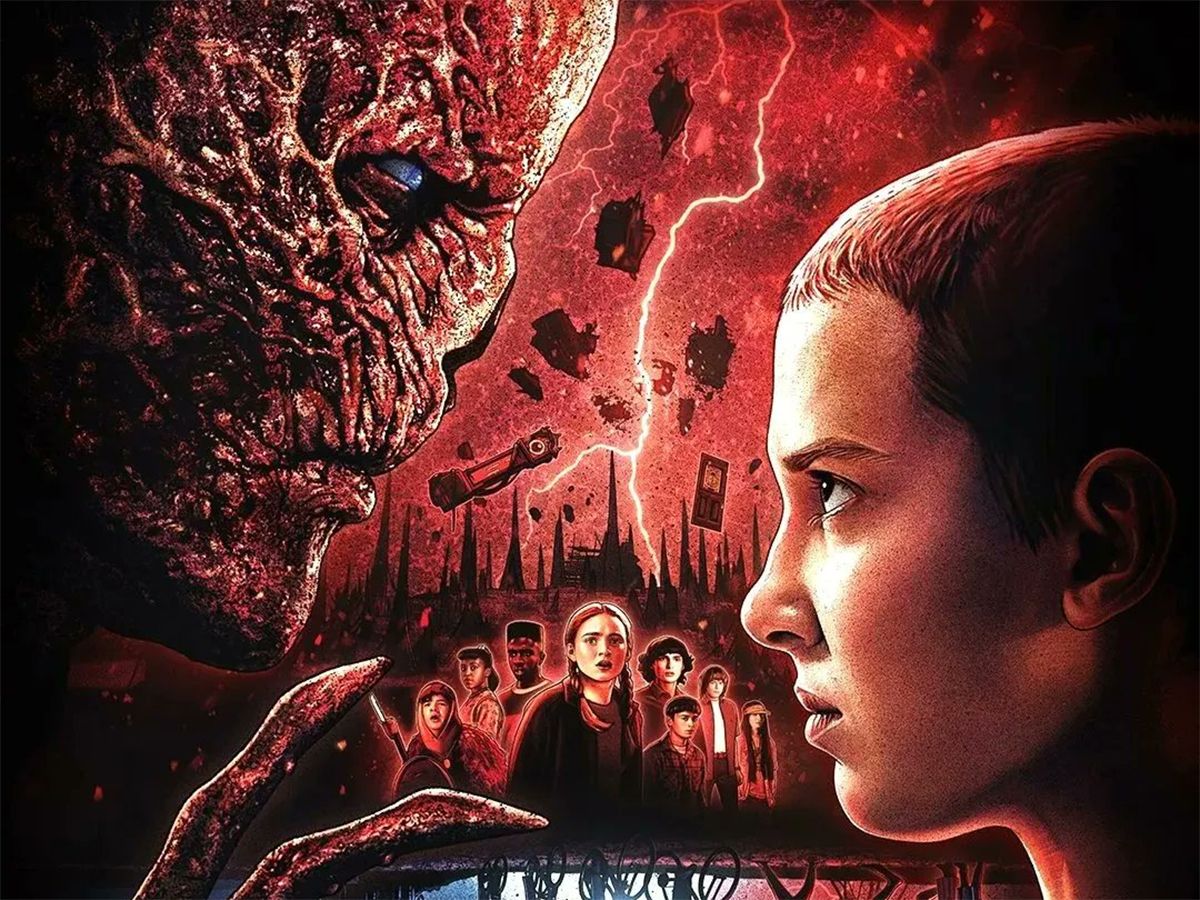 The Hawkins Group, comprised of Nancy, Steve, Robin, Dustin, Lucas, and Max, devise a plan to kill Vecna after the latter shows them a glimpse of the horrific future.

Eleven, who has now regained her powers, listens to the plan akin to a suicide mission and rushes for help. But, she can’t as there is no way to reach Hawkins in time.

Meanwhile, Hopper and Joyce have Demogorgon’ to deal with in the Russian prison before arriving in Hawkins.

The series is about how all these threads come together and form a solid core drama dealing with one powerful threat, Vecna, who is hell-bent on reshaping the world.

Acting-wise there is nothing much to say as volume two is only the culmination of season four. It has been cut into two parts, and everyone maintains the same intensity and emotion as seen earlier. Everyone is in an ongoing narrative and gets better as proceedings reach their peak.

Millie Bobby Brown, Natalia Dyer, and Sadie Sink continue to be the leaders of the pack performance-wise. They have more moving parts compared to the rest, and they deliver. Winona Ryder and David Harbour continue to hold their own with solid acts. Eduardo Franco and Nikola Duricko are a great addition to the cast providing seamless fun without diluting the seriousness.

The Duffer Brothers, creators of the show Stranger Things, write and direct volume two of season four. It is basically an elaborate climax block of the fourth season.

Things resume from where they ended at the end of the seventh episode in season four previously. We now know about Vecna and his sinister plan. The way the whole thing is cut and executed is simultaneously muddled and exciting. Either way, there is an underlying thrill that can’t be missed.

This thrill and sense of adventure are the mainstays of the whole series. Right from the start, The Duffer Brothers have nailed this aspect wonderfully. The group chemistry and emotional connection with the kids are where the series’ success lies. It is continued in the final two episodes as well.

As mentioned earlier, the two episodes are like the season’s climax. The stakes are set neatly with a powerful (and memorable) antagonist, and the narrative takes off immediately without any delay.

The grand master plan to take on Vecna appears a little muddled initially, but the way its executed puts all the doubts aside. The various connections, teamwork highlighting the group and some answers are satisfactorily blended into the narrative.

The only problem here is the length. It means there is a lot of talk going on between the characters. They are necessary but also on predictable lines at the same time. They turn out boring intermittently, as a result.

The actual ending is well done, even if a bit underwhelming (post all the build-up). But once again, there is a straightforward setup for the next instalment. After all these hours, the conclusion might disappoint a few.

Overall, Stranger Things Season four, Volume Two, is packed with thrills and adventure. However, it is lengthy and therefore bores in parts. Either way, it is an easy one-time watch for casual viewers and a must-watch for the series followers.

The background score for season four continues to be terrific. Volume two is a mere extension of what we saw previously. The cinematography and editing give the whole thing a slick blockbuster popcorn outing look. The different threads and threats are superbly merged. The writing is top-notch and is responsible for all the fun.