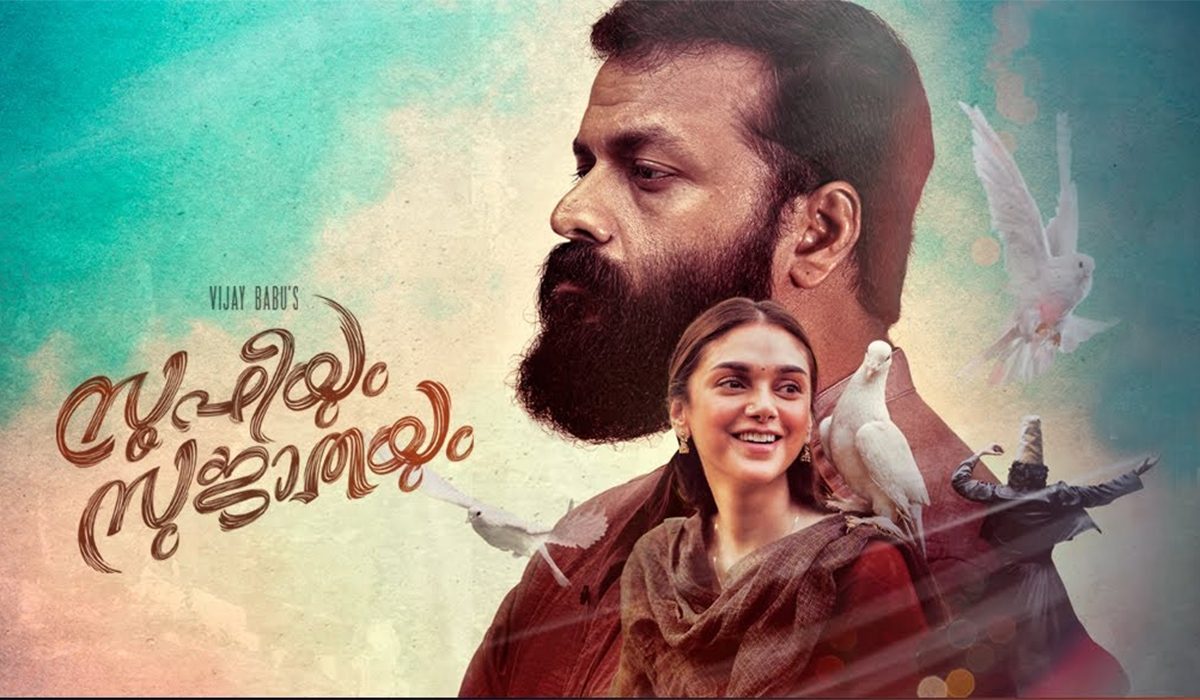 A Hindu mute girl Sujatha (Aditi Rao Hydari) falls in love with a Muslim Sufi (Dev Mohan). The latter conducts prayers in the mosque in her area. She wakes up to his azan call and shares a passion for classically oriented dance that meets the Sufi movements.

As expected, the parents of the Sujatha don’t agree with her love. They force her to marry Rajeevan. What happens to this couple without love? Did it change at all is the basic plot of the movie? 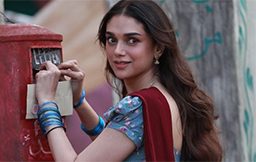 Jayasuriya as Rajeevan gives an intense performance that is also very real. The look and the body language are designed neatly and add to the overall impact. All his scenes expressing the frustration are done without going overboard in emotions. It is the final moment, however, that stays with us, though. 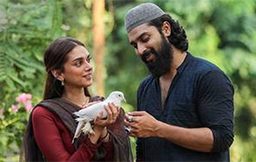 Naranipuzha Shanavas writes and directs Sufiyum Sujatayum. The story of the film is simple and one that is seen many times before. Its primary line is similar to Hum Dil De Chuke Sanam or the recent variant Ninnu Kori. The difference here is the backdrop and the small twist in the tale, towards the end.

With such a predictable story, the importance of the writing and other departments like acting, music etc. increases. Shanavas scores in all of them except the ‘writing’ which is decent.

The music is the biggest highlight of the movie. Right from the moments we first hear it there is a magical quality to it. The Azan calling literally mesmerizes us. It is very crucial for the story and therefore deserves all the praise.

The performances and the cinematography are also fine. Everyone does their part. They help a lot in covering up the routineness. A combination of the music, acting and cinematography give us engaging moments even without dialogues. It helps in generating the poetic feel the director is attempting from the start. The first time Sujata and Sufi meet seated in the bus are a primary example.

However, in the final key departments, the writing, Shanavas falters. It is a mixed bag due to inconsistency. Some parts are beautiful like the scene where Aboob (Swami Shoonya) tells Sujata to forget Sufi via a metaphor of sleep and waking up. Such scenes with freshness and uniqueness (for the setting) are missing. There are some very ordinarily written parts.

Also, the angle of love jihad that is brought up intermittently during the crucial phase feels so tacky and put on in the narrative. The lack of follow-through suggests a gimmicky usage which only dilutes the poetic effort and intensity.

The final block is turned into a thriller to come to an expected end. In the beginning, it surprises, but very soon we understand the ulterior motive behind it. Still, it helps in covering up the emotional arc and does the job, irrespective of how unconvincing it maybe.

The combined impact of the above two with some ordinary and predictable writing (in parts) weakens the soulful feel that the director tries very hard to achieve.

Overall, Sufiyum Sujatayum has a predictable story that ends up as decent watch due to various departments coming together. With consistent writing watching them, it could have been a memorable outing. Right now that way it is makes it an average fare, at best. 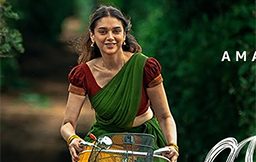 The casting of the movie is superb throughout. Aditi Rao Hydari gets a meaty and challenging role. She pulls it off with élan. The body language of the dancer and the facial expressions are subtle and beautiful to watch. Dev Mohan as Sufi is alright. A great deal of the work of his character is taken care of by the voice itself.

The rest of the character artists are played by senior pros who know their stuff. Siddique and Valsala Menon are a perfect example in this regard. They slip into the roles they play and help in bringing a real-world alive.

The music by M Jayachandran is the backbone of the movie. It is excellent and creates the right mood throughout. Many scenes seem to be there just to let the music play over them. It is what stays in our mind after the movie is over. The cinematography by Anu Moothedath is lovely. It adds to the score to enhance the beauty of the proceedings. The editing by Deepu Joseph could be crispier. The writing lacks consistency, as said above. 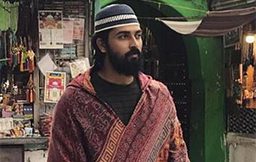