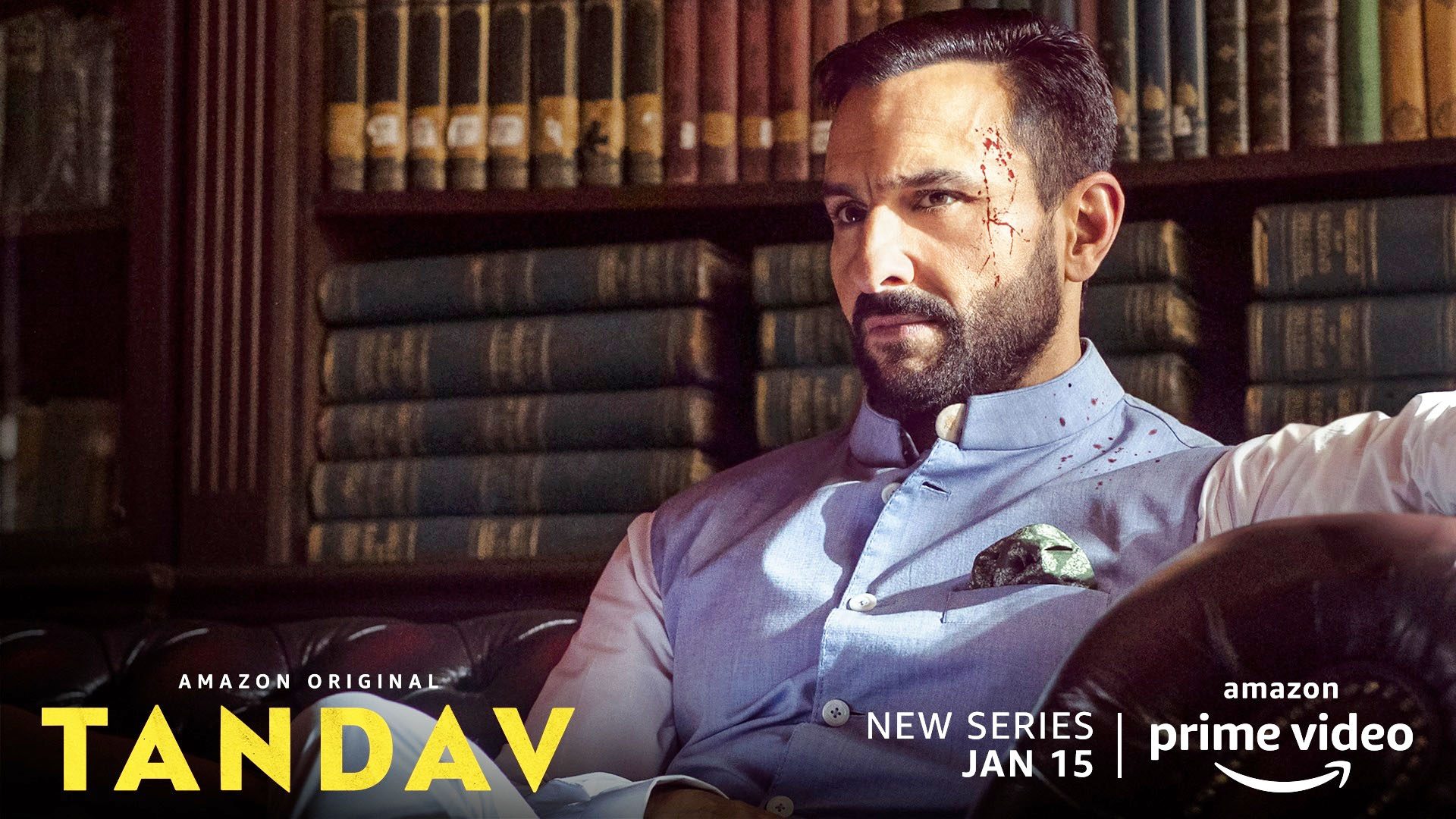 What happens when Samar Pratap Singh fails to get the power? What will he do to regain it is what the series is all about?

Saif Ali Khan has found a new life on the digital platform. He is a star in this space, and Tandav is an excellent example of the same. Saif Ali Khan gets a central character of Samar Pratap Singh who is powerful and vicious. The actor does a fine job in portraying those emotions.

Saif gets an opportunity to play to the galleries, and he does it with aplomb. However, we have to add that the content isn’t a challenging one for him. He has done powerful before and in an impactful way. Still, as far as Pandav is considered, he is a crucial lifeline.

Ali Abbas Zafar of Sultan, Tiger Zinda Hai, and Bharat fame enters the world of OTT with Tandav. True to his style, Tandav is a larger than life commercial masala outing, even though it is a web-series.

Coming to the actual series, Tandav is positioned as ‘Desi’ House Of Cards. So, here we have Samar Pratap Singh whose drive is to become the Prime Minister of India. It is a good idea, no doubt, but the director fails with the content.

The larger than life production and execution notwithstanding, Tandav is highly predictable fare when it comes to the political thriller space. The fact that the characters and motives of the key players in the series are also inspired from shows of the similar theme adds to that feeling.

There is no problem execution wise. It is rich, grand and more importantly, fast-paced.  Even if predictable things are happening, one never is given time to ponder over it. Things move from one point to other quickly.

But, when things turn predictable, even the fast pace seems secondary. The writing should be excellent under such circumstances to hold attention. Even that doesn’t happen. There are parts where it (writing) is a so banal and makes one laugh.

Director Ali Abbas Zafar has a great love for ‘masala movies of the yore. However, he fails to polish it in a trendy up-to-date way. He picks all the latest political updates for the content, but what he does with them (how he incorporates them into the characters) gives a very dated feeling. The characters all seem to act and behave like exist in a different era.

What happens next is what engages, but when it happens, it disappoints. It is a pattern of the series throughout. The ending is a classic example of this feeling.

Tandav is filled with actors in different capacities. But, only a few like Dimple Kapadia, Mohd. Zeeshan Ayyub, Krithika Kamra, Sunil Grover etc. leave a mark. Other also impress like Sandhya Mridul, Latin Ghai, Anup Soni. However, they have small roles, or their track is less impressive on the whole.

The background score by Julius Packiam is alright. It gives the vibe of theme music from Sherlock Holmes movies. Rahman’s song ‘Jana Gana Mana’ also has been used to good effect in between. The cinematography by Karol Stadnik is neat. A rich high standard and high quality are maintained in the making. The editing by Steven H Bernard is crisp. The whole series feels fast-paced and slick. The writing should have been better.