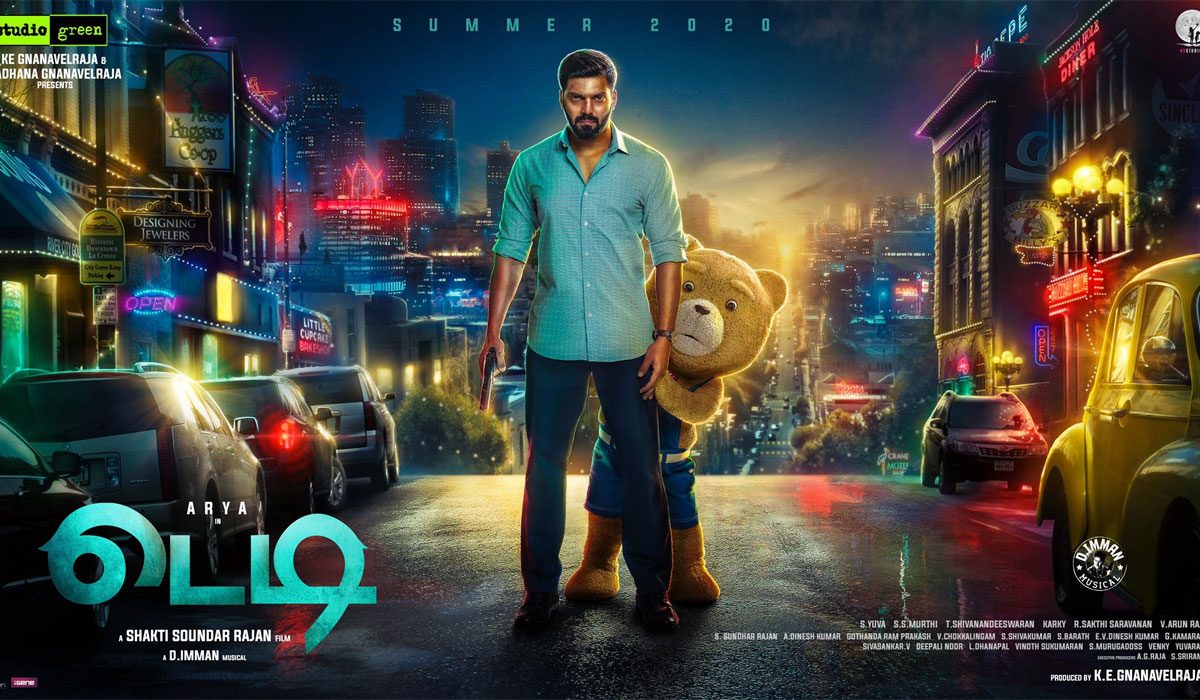 Srividya a.k.a Sri is a college-going girl who is injured in an attempt to save a motorist on the road. After being admitted to the hospital, she befriends a child and is immediately attracted to his teddy bear. Soon, Sri is mysteriously taken to an operation unit and loses consciousness. Sri’s near and dear give up hope on her. Meanwhile, the story moves onto Shiva, an introverted yet highly intelligent youngster who makes a living out of his stock market investments. His outlook towards life changes once a teddy bear enters his household. Shiva and his ‘teddy’ embark on a mission to find Sri as they try to brave past the murky world of organ trade. 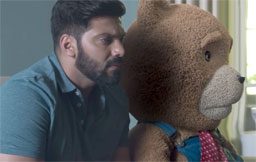 No prizes for guessing where the inspiration for the Tamil film Teddy comes from; it’s, of course, the universally popular comedy franchise – Ted. Director Shakti Sounder Rajan throughout his career has tried to give a regional spin to genres that sell well in the West and this fare isn’t any different. The filmmaker lends a crime thriller-like twist to a plot revolving around an unlikely friendship between a teddy bear and the protagonist. Like most of his earlier films Miruthan and Tik Tik Tik, the premise is relatively new for an Indian audience, though the execution remains poor and illogical.

Teddy is largely watchable when the director sticks to comedy. Teddy and Shiva’s unconventional equation is amusing and intriguing at the same time. The efforts in utilising motion capture technology seem to have paid off with the digital recreation of the teddy bear. Despite the silliness in the plot, there are enough fun moments in the first hour to make up for the follies. The characterisation of the male lead as the hyper-intelligent youngster is more like a downgraded version of Chitti in Enthiran (Robot). He can learn a foreign language over a flight, complete a degree course in psychology within three months and can function as a lie detector in the need of the hour.

Once the action shifts to Azerbaijan where the teddy bear and Shiva trace the origins of the organ trade mafia, Teddy’s efforts go down the drain. The teddy’s antics get repetitive beyond a point and hardly elicit laughs. There are too many cinematic liberties and the film progresses like any regular crime thriller where the protagonist decodes one clue after the other to nab the culprit. The execution is very unrealistic and Shiva finishes off the globally notorious men behind the illegal organ trade mafia like a walk in the park. The organ trade angle has been done-to-death in Tamil cinema and Teddy offers nothing different from what one saw in Kaaki Sattai and Yennai Arindhaal.

Teddy is a lazily written, pea-brained film that underestimates the intelligence of its audience. The crime thriller has its moments though it loses steam quickly! 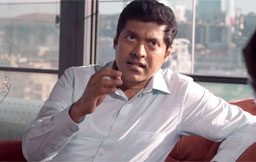 Arya is a perfect fit to play the introverted man with an unusual sense of humour though there’s only so much he could do to save a sinking ship. Teddy is more of an extended special appearance for Sayyeshaa and she hardly has anything worthwhile to offer. Karunakaran and Sathish are partly funny. The much-hyped Magizh Thirumeni’s appearance adds little value to the story. Sakshi Agarwal has a good screen presence, despite her brief appearance.

Imman’s music is one of the few elements that help the viewer tolerate Teddy. The numbers En Iniya Thanimaye and Marandhaye are memorable among the lot, while the background score complements the sequences well. S Yuva’s cinematography is impressive, capturing intricate details of the protagonist’s world with good precision besides making the most of Azerbaijan’s scenic locales that give a unique visual texture to the result. The use of motion-capture-technology in the digital avatar of the Teddy is probably the best thing to have come out of the film. The teddy bear has an identity of its own and it’s rare for an Indian film to not reduce it to a caricature. 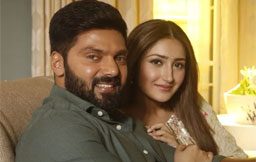 The digital avatar of Teddy

Too many cinematic liberties

Lack of detailing and authenticity