Home Reviews The Big Bull Review – The Steamroller Treatment Given To A Compelling...
Binged Rating2/5 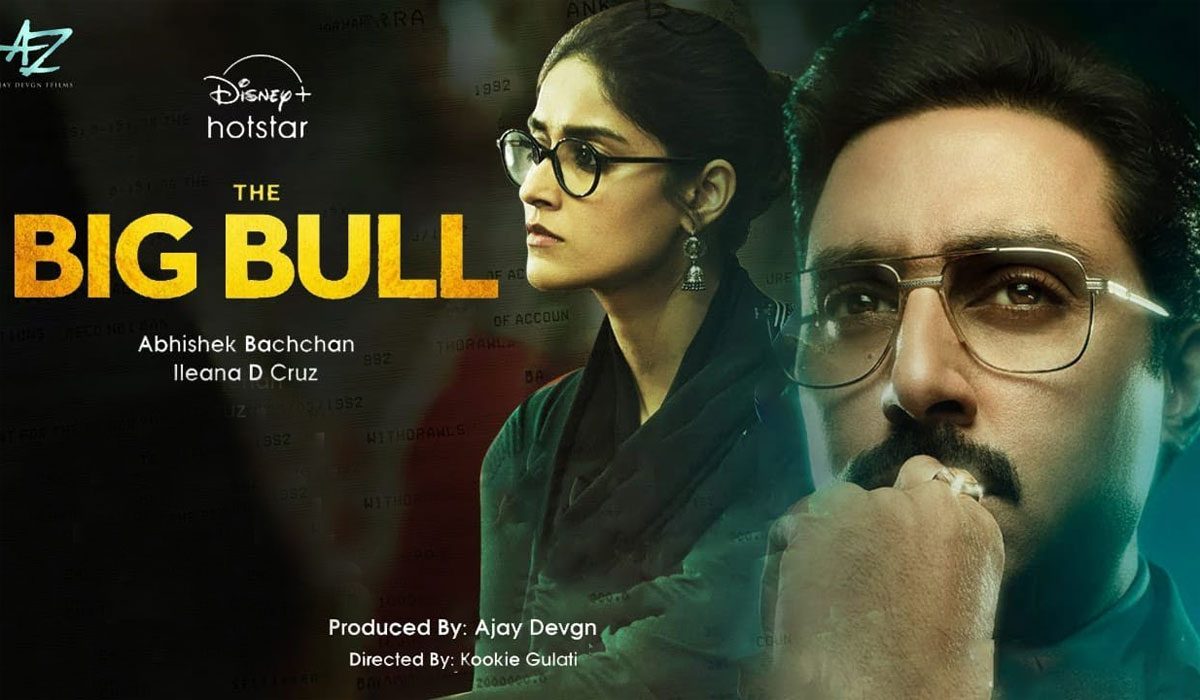 BOTTOM LINE: The Steamroller Treatment Given To A Compelling Story Is A Downer

Disney Plus Hotstar‘s latest direct digital release from Bollywood, The Big Bull, explores the life of the Big Bull of the stock market, Harshad Mehta. This infamous stock broker of the nineties was the orchestrator of the biggest stock market scam ever witnessed in the country until then. The film traces the spectacular rise and crushing fall of Harshad Mehta in a fictionalised story. 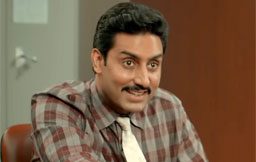 Hemant Shah (Abhishek Bachchan) plays a Gujarati man from a lower middle class background, who dreams of making it big in the stock market. With the help of his brother Viren (Sohum Shah), he achieves the impossible, rising from nowhere to become the kingpin of the stock exchange with his sheer smartness and gut instinct.

Hemant Shah leverages loopholes in India’s flawed banking system to earn massive money in a short time. A hard-nosed journalist Meera Rao (Ileana D’cruz) gets wind of his illegal trade practices, and her investigations and expose leads to the crashing fall of the once-powerful stockbroker.

The Big Bull is Abhishek Bachchan’s show all the way. The frames crackle and sizzle when he’s on screen, even though his performance is understated throughout (except for several ill-conceived scenes that have him cackling evilly). He pulls off the transition from a starry-eyed dreamer to the brash, cocky, overconfident stock-market kingpin with his trademark assured and restrained performance. His depiction of Hemant Shah’s vulnerability and defencelessness in the face of the system closing in on him makes your heart go out to the character he plays.

Sohum Shah’s performance isn’t as impactful as it always is. There’s something missing in his portrayal of Hemant’s weak and wary younger brother Viren – conviction, perhaps? Ileana D’Cruz, as the journalist Meera Rao, speaks with a weird Western twang in the first half of the film, which mildly irritates. Performance wise, she’s just about average.

The rest of the cast doesn’t get enough screen space to make much of a difference. Nikita Dutta as Hemant’s love interest, Supriya Pathak Kapur as his mother, Saurabh Shukla as the kingpin of the bear cartel, Ram Kapoor as Hemant’s lawyer, among others, all lend adequate support. To re-iterate, it is Abhishek Bachchan, and only Abhishek Bachchan, that shines in the entire run time of 2 & 1/2 hrs. 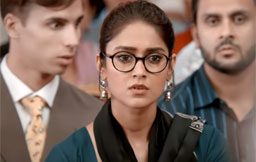 It is quite obvious that the release of Hansal Mehta’s ‘Scam 1992: The Harshad Mehta Story’ exactly six months ago to this day has stacked the odds heavily against Abhishek Bachchan’s The Big Bull. Comparisons with that finely created show are inevitable, and it is obvious in just the ten minutes of watching The Big Bull that the film falls short in every department when compared to its predecessor – dialogue, treatment, nuance, background score, even the ensemble cast, however good it appears on paper, big names and all.

Most digital viewers have watched Scam 1992 by now. Hence, it’s a shame that The Big Bull has nothing new to offer. The “Hemant Shah Is A Liar” stunt he pulls to publicly stave off nosy journalist Meera Rao’s claims is shown in some detail in Hansal Mehta’s series. His manipulation of the rotten banking system, shown so thoroughly and comprehensively in Scam 1992, turns into a confusing labyrinth of financial mumbo-jumbo in The Big Bull. The entire events of Hemant Shah’s rise to riches are crammed into a paltry half an hour, barely engaging the viewer or allowing us to get invested in his story.

The dated dialogue adds to the mess. “Jo dikhta hai woh bikta hai” is so last century that hearing a character say it in 2021 literally makes you cringe. Maybe dialogue-writer Ritesh Shah wanted to unleash something akin to Scam 1992’s viral line, “Risk hai to ishk hai”, but, of course, he fails miserably. If there’s one thing that The Big Bull gets right, it’s Harshad Mehta’s aura of invincibility – something that was innate to his personality. The real-life Big Bull never let circumstances dull his sheen even in the direst of times. Abhishek Bachchan’s Hemant Shah showcases this very significant aspect of Harshad Mehta’s persona brilliantly. And the credit for that is solely Bachchan’s.

The last half of The Big Bull redeems itself somewhat for the initial mess it has created of a powerful, compelling story. Hemant Shah’s final fight to shake off his legal woes, undone by those close to him, makes an impact on you. The Big Bull leaves you with questions that have no answers – could a scam worth ₹5,500 crore – a massive sum in the early nineties – be the doing of one man alone? And yet, only one man was made the scapegoat, while bigger players – those who pulled the strings in the background – got away scot-free. 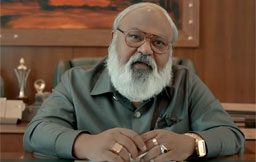 The Big Bull doesn’t impress much in the technical aspects of the film. Vishnu Shah’s camerawork is average, nothing to write home about. Dharmendra Sharma’s editing is passable. The weird spilt second blanking out of the screen several times in a sequence is more distracting than effective. Deployed to lend gravity to the proceedings, it does precisely the opposite, coming across as a frivolity that could be dispensed with.

Sandeep Shirodkar’s background score is a definite liability for the film and its narrative. It is loud, irritating, unsubtle and jarring, like a JCB excavator digging up the road right outside your window. Furthermore, it gave me a headache that refuses to go away even after several hours of having watched the film.

Sketchy screenplay that steamrolls through the essentially compelling story Abhishek

Watch it if you must, if only to understand how a film ‘should not’ be made